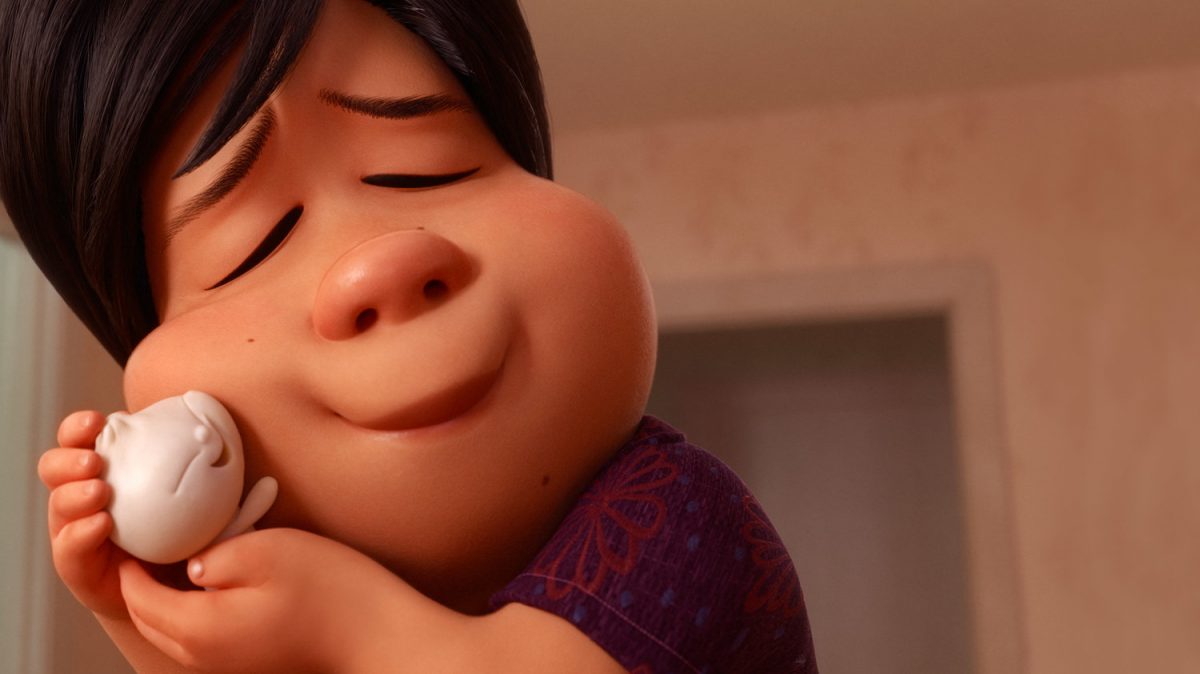 Chinese-Canadian-American artist Domee Shi is warm and polite, just like her forthcoming short film Bao, with its characters of a loving mom and an adorable dumpling.

All headlines proclaimed Shi as the first Asian woman at Pixar to direct a short film. She is accompanied by notable names in the industry, as the eight-minute film is produced by Becky Neiman-Cobb, executive produced by Pete Docter and John Lasseter, and scored by Toby Chu.

Bao is about an empty-nesting Chinese mom who gets another chance at motherhood when one of her dumplings springs to life, but she must come to terms and be at peace with the bittersweet truth that some things need to be let go of and do not last as long as we want them to.

I talked to her recently after she came back from the Tribeca Film Festival to discuss her life, from working behind the scenes to becoming a director.

First of all, congratulations on your debut. How was the experience at the Tribeca Film Festival?

It was our first time showing the short outside the studio and the reception was awesome. It’s great for me because I’ve seen Bao so many times and now that when I watch it, I’m just listening to the audiences react to it. I hear laughs or gasps, and some even get emotional from something I’ve worked on for so long.

It was exciting to see the first Asian female director to do a short for Pixar. How did it all start for you?

I originally came up with the idea for Bao over four years ago and I wanted it to be my own short, something I created on the side. Then I started pitching it to colleagues from the studio to get their feedback and help with the story. One of the people I pitched it to was Pete Docter, director of Inside Out. I was actually working with him on Inside Out as a story artist at the time, so he’s been like a mentor figure to me. He actually ended up being the executive producer of Bao. When I pitched it to him, his response was so positive and encouraging that it gave me the confidence to pitch the idea to the studio as an official Pixar short. They had asked me if I would pitch for their next theatrical short, so I threw this idea in the mix.

At the time of the pitch I was working full-time as a story artist on Toy Story 4. I storyboarded Bao mostly by myself. I had an editor, Cathy, and for a long time it was just me and her: cutting the story together and figuring it out. Then, about a year and a half ago, I got a producer Becky Neiman-Cobb, and that’s when it started to become more official. We started to get animators and a crew.

In terms of how I was feeling the whole time, I didn’t think too much about being the first female director. I was just focusing on making a good story.

What was the difference from being a full-time story artist to jumping in as a director?

It was a huge transition for me, to start of being a director. And it gets bigger. As a director you’re suddenly everywhere: the editing room, animations, design, camera, music, film effects like every aspect of the film. Another big difference is working with people. As a story artist, you’re responsible for your own work, but as a director I went from working by myself to constantly collaborating with other people. It’s not just the physical work, it’s about collaborating with people way more talented than you to figure out the story or just create it.

So was directing your main goal when you started working for Pixar, or did it come up unexpectedly and you thought, okay I’ll take this opportunity?

It was something that I kind of fell into. I’ve always loved storytelling, that’s why I chose storyboarding, and I would also tell stories on the side, whether it was a comic or just a little drawing on the side. I love the act of coming up with stories and telling them to people and getting a reaction. I guess being a director filled that quota, but I could probably be happy being a story artist or comic book artist.

Were you aware of the potential statement that you were making on representation, because all the headlines have mentioned your race and gender, obviously. How do you feel about that?

I feel so honored and happy to be representing so many different groups—Asians, Canadians. For me, it’s truly an honor and I didn’t see it as I was making the short. Only after I finished, did it kind of dawn on me. I had just been focused on the short and making sure it was good.

It’s very refreshing, your characters and the story plot. How much of it is your real life narrative? Did it mirror your relationship with your mom?

Yes, it’s mostly inspired by my Mom, because I’m an only child and I spent a lot of time with her. When I left for school and Pixar, it was hard for her to let go. I wanted to explore what it’s like for this character to let go of something. It’s also inspired by a lot of strong Asian women in my, life like my aunts and grandmas. It’s a collage of all the strong Chinese women in my life, and an exploration of my relationships with them.

If you would think back four years ago, when you came up with this idea of Bao, did you have a moment when you thought you needed to make something out of it?

I really love fairy tales like the little gingerbread man and I wanted the Chinese version of that with a dumpling instead of a little cookie man. I remember when I had this idea, I had an image of a Chinese mom cuddling her baby dumpling and as I was drawing, that story grew. Also, I’ve always wanted to draw something cute and weird that revolved around food.

What’s the take-home message you hope to convey to the audience?

I really hope to bring families together. Maybe after people watch it, they can call their parents and invite them out for lunch.

Yes, get some soup dumplings! Do you feel any pressure?

There’s really nothing I can do about it now. Just release it to the world! I’m sending my baby down to the river and just waiting to see what happens. No pressure.

My favorite Pixar film is Ratatouille, which is awesome. Bao will be in front of Incredibles 2 this summer. And the directors of Ratatouille and Incredibles 2 have been long-time heroes of mine.

Thanks for your time! Congratulations again, we’re excited to see it.

Thank you. It was nice speaking with you.

Needless to say, this is the beginning of the rest of Domee Shi’s life after hitting the spotlight onscreen and receiving compliments and reactions on Bao’s official worldwide release this summer ahead of the much-anticipated The Incredibles 2.