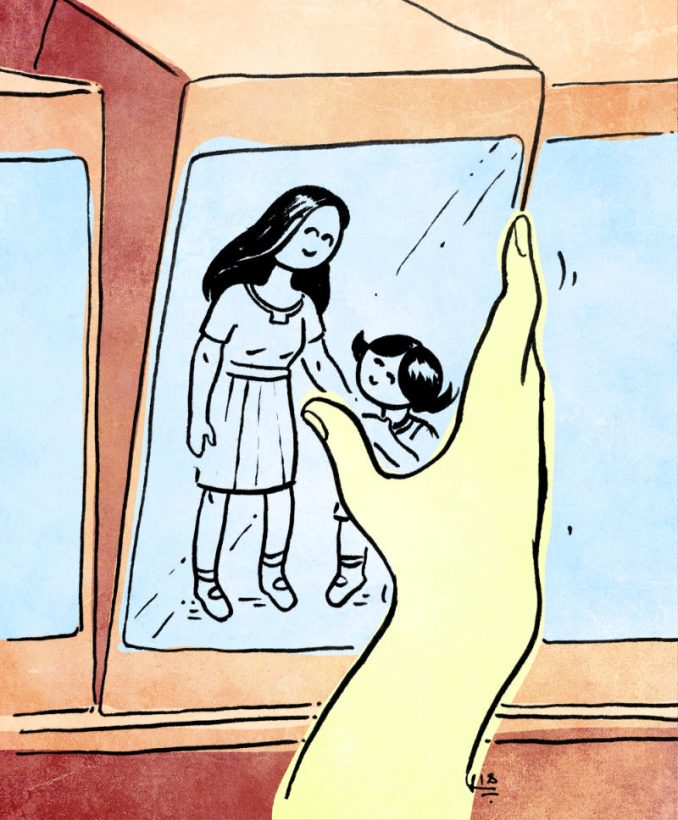 “Mama. I will be coming around 10am tomorrow.”

My husband and I were with my parents, picking up my daughter’s crib, when I heard her speak to me from my womb.

She was not due for another two weeks, but she was telling me to expect her in 24 hours. Throughout my pregnancy we had communicated; but to receive such a clear message was amazing.

I told my mother that her granddaughter had spoken to me and was coming soon. With an open mind, she nodded and said to wait.

Later, at our appointment with the ob-gyn, I didn’t mention my ‘mother’s intuition’. I simply asked what to do when my contractions came closer together. That evening they started coming and my mom called, as if by instinct. We picked up my hospital bag and drove to the hospital, where I was checked in.

As I was wheeled into the labor and delivery units I imagined a natural birth and easy breastfeeding, slipping back into my pre-pregnancy jeans and everything going smoothly. My pregnancy had been smooth, and I had finally felt ‘pretty’ with a rounder, more female shape, and the ‘glow’ of being with child.

The contractions continued, but without much dilation. My water didn’t even break. What was going on?

I held my abdomen and said to my daughter, “we’ll get through this. Let’s just hope they don’t send us home with the assumption that these are false contractions. I hear you, and I know it’s real.” I prayed to the Holy Mother and the female saints and my ancestral guides for help. My husband was by my side, helplessly watching me in pain and unable to do anything about it.

That night the alarms went off in our hospital room as my daughter’s heart rate dropped. Even now, seven years later, I hold back tears as I remember the fear. I stayed strong for my daughter, my husband, my parents, my grandparents, and all my ancestors whose presence I strongly felt.

The doctors and nurses stabilized the situation, my water broke and I managed to stay calm. Perhaps I even slept. I can’t remember.

The next morning, a new doctor came in, full of energy. It’s time to push, she told me.

It was frightening. Each time I pushed, my daughter’s heart rate went down. The doctor could feel her head, but my pushing was not helping her come through my cervix and into our world. Then, the signal was given. They were going to have to cut me.

My husband was almost in tears, as he put on the head covering and bodysuit that were required for the operating room across the hall. The nurse told him that if he cried, then she would cry, too.

The anesthesia numbed me, but I could feel my body being lifted and I felt like I was being thrown onto the operating room table. The anesthesiologists were on my left, my husband was on my right. They kept talking to me through the surgery. There was pressure on my belly, and then … the sound of my daughter crying.

She came out singing! It was the sweetest sound. The doctors gave her an “A+” on her tests and then laid her on my chest, skin to skin. She was and still is very beautiful. I kissed her and welcomed her into our world.

I checked the time she was born. Sure enough, just like she had said, it was around 10:00 am. It was also the Summer Solstice, and she was a sign of hope. I wasn’t afraid that I would lose her, but as I was being glued back together, I realized that I was in shock. I had a baby now and my priorities were to take care of her.

As I lay, recovering from major surgery, I saw my legs. I had taken pride in my body, long and lean after years of ballet, and here they were, swollen like logs, my feet resembling dinner rolls. When I struggled to walk I felt pain all over and my face appeared much older than when I had begun this journey. I was an older mom, pregnant at 37 years of age, and giving birth at 38.

I wondered where was I in the midst of these changes? Where was I?

Then came the breastfeeding. If you have not nursed a child, then place your thumbs and index fingers around your nipples and squeeze and twist. Because of my c-section incision, I couldn’t bend to accomodate my daughter. Still I was able to give my daughter my milk, and she passed her meconium out of her system. My husband and my mother supported me so I could breastfeed. It looks cozy in Renaissance paintings and contemporary advertisements, but it was painful and required adjusting.

I was relieved that my daughter was healthy, but I was falling out of touch with myself. I was afraid to admit how scared I was. One day, as I was drinking my liquid hospital meal, I quietly told my mom, “My stomach hurts. They had to cut me. I couldn’t give birth in the natural way.” 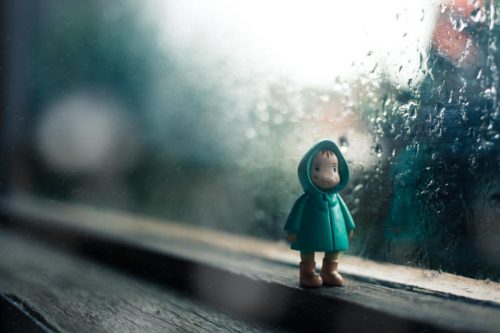 Along with shock, I was also in awe. Giving birth truly was like being between two worlds—the spiritual and the physical.

But what comes after the awesome pause?

I knew about postpartum depression and that it affects one in every five birthing parents, but in my Korean (and Chinese) community there was a stigma around mental health. The only way for me to safely convey my pain was to tell my mom that my stomach hurts.

In my Korean culture female relatives came to help after childbirth with housework, seaweed soup, and more. Still, I could not admit my sense of inadequacy and self-doubt.

Feeling unworthy, I couldn’t receive the help, so I suffered in silence. My identity was changing, but I was too tired and busy to process it.

My French-Canadian mother-in-law noticed my moods later that summer and she shared with me that she, too, cried a lot after the birth of her first child. Back in 1969 the nurses had said that it was natural and alright. My mom said that I was integrating my new identity, and to focus on the love for my child and that it would pull me through these raw emotions. Their gifts of presence and acceptance helped me.

My daughter helped, too. I often wondered if I were an adequate mother, which is a symptom of postpartum depression. One night my anxiety about being a fit mother was very high and self-doubt set in while I was nursing her. As if she knew, her heart was right on top of mine, and our heartbeats synchronized, reassuring me that I was more than adequate, and that my daughter loved me.

I started speaking about my feelings with my husband first. A mathematician and professor, he listened, listened, and listened, until I finally felt heard.

He understood me the whole time, but I was feeling my self-rejection and convincing myself that I was unworthy of care. My husband’s loving support was my main source of healing. It was clear that healing myself would also be healing to my spouse. The more I spoke, the more deeply I understood the power of language.

Why is it so scary to speak out?

Asian societies teach the power of silence, especially to their daughters, and family ties are at the center of our support networks. To give any indication of trouble felt like speaking treason against my family. But, as I looked for an Asian counselor, I could not find a single one in our suburb of Richmond, Virginia.

I settled for a therapist who focused on narrative healing. It was more like a composition class than counseling. I went each week for six weeks, composition book in hand, but the well-meaning therapist missed the nuances of what I needed to say.

The book kept me safe and hidden behind my words, but where was I?

I was filled with questions and a need for someone to answer to me.

Mostly, these questions were physical. I was looking for someone who looked like me, the way I used to seek a dark-haired Barbie doll when I was a child.

When my search came up empty, I looked to myself. Why do I feel like a milk truck when my milk lets down, and why is it so itchy? Will the flesh around my c-section scar always be puffed to resemble a pouch? As the questions became more pointed, finally, the answer to “where was I” started to come.

It was hard to find myself at first because I couldn’t see anyone like me speaking about the emotions of birth.

Being Asian in American society also meant feeling unheard and ignored at times. At workshops on perinatal wellens the lack of information on Asian-Americans and Pacific Islanders was not lost on me. Once I asked a presenter why she had left us out, and she admitted that she had so little data that it was deemed insignificant.

Representation matters because it gives permission to disclose, and it promises comfort in companionship. In other words, someone, like me, has felt the same things, and has healed through them.

The question grew from “where am I” to “where are we?” 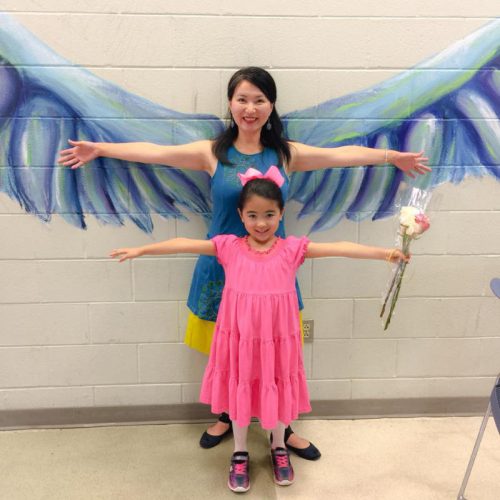 Inspired to help others, I became part of the we. After the birth of my son I started volunteering for Nurture to help improve the health and wellbeing of Richmond’s childbearing families through fitness, education, social support, and community engagement. Today I am the president of our board and one of the few minorities in such a position.

For me, personally, my healing continues through helping others in the ways that I remember needing to be helped. The backdrop is changing, dialogues are starting, and I is becoming we.

When I shopped at Target recently, I found dolls that appeared to be part Asian in their features, and I bought a mother and daughter set for me and my daughter. I had finally found the dark-haired Barbie that I had searched for in vain as a child.