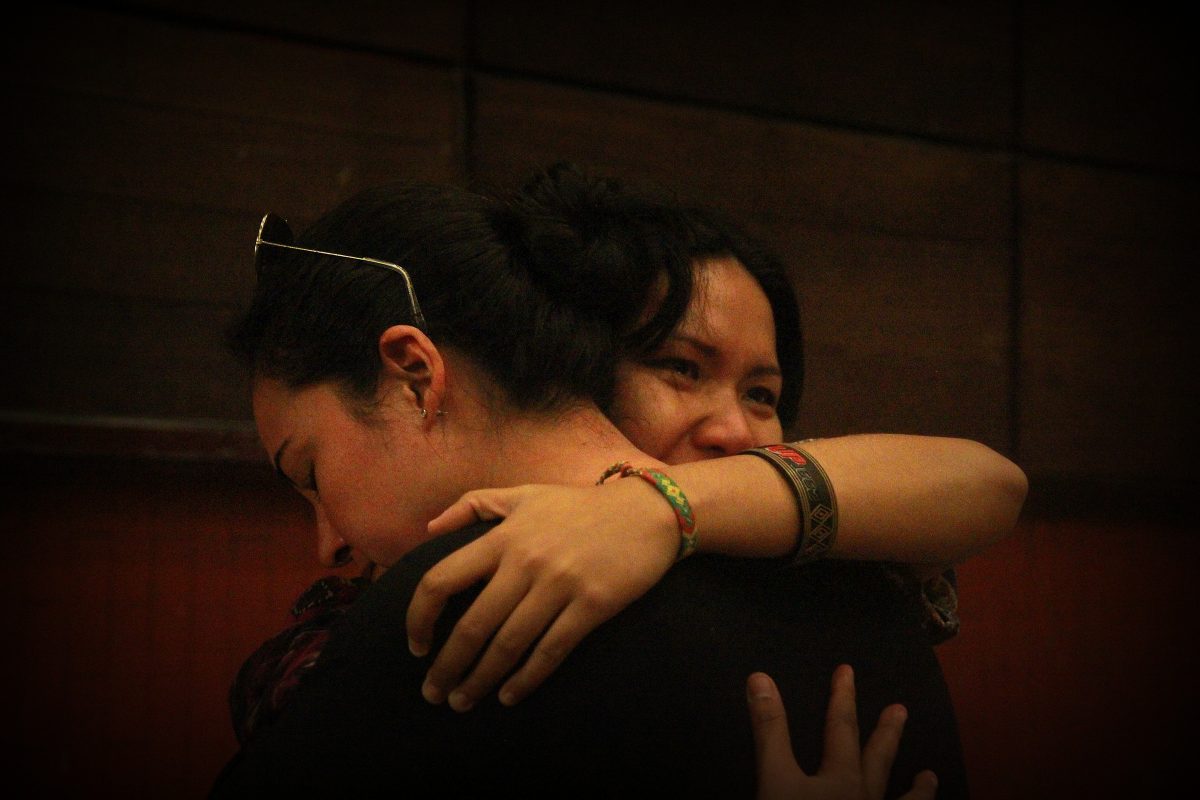 “So, rape is not a universal concept?”

That was a question that Carla Ocampo asked herself in the documentary, ‘Bontok, Rapeless’, which she wrote and directed with her partner, Lester Valle.

Inspired by renowned anthropologist June Prill-Brett’s research about the Bontok of the Philippine Cordilleras who had lived for ages without the term, concept, or incidence of rape; Ocampo and her team decided to revisit the Bontok and see if the rapeless society still holds true.

The documentary premiered at the 2014 Cine Totoo Philippine International Documentary Film Festival, and was selected as a finalist at the New York Festivals World’s Best TV & Films Awards.

In our interview Carla Ocampo spoke unabashedly and unapologetically about her own survival of sexual violence and abuse, the responses she has received from both rape survivors and perpetrators, and her opinion on what it takes to have a rapeless society in the age of #MeToo.

Hi Carla, I heard that you just gave a talk at TEDxADMU. How was the experience for you?

The TEDxADMU guys told me to come up with a what-if. I proposed this: “What if we revive indigenous Filipino ‘Kapwa’ culture as an antithesis to rape culture?” And they said, “That’s something we’ve never heard before!” So that got me in as a speaker.

The prep was nerve-wracking! I knew how huge the TED brand was. When they told me I would be speaking in front of a thousand of people, I wanted to back out. I was saying, “No, I can’t do this.” Then I remembered that the one who nominated me was Kat Alano, my friend and fellow rape survivor. Even before this, we were already maintaining a thread with other survivors. These ladies were the ones who made me understand that it was of utmost importance to talk, and to talk powerfully.

Can you briefly take us to your TED talk? (*Her TED talk is not available online yet.)

Rape culture needs to be defeated, and I think one of the many ways to defeat it is to provide a counter-culture that has been proven to work well. Indigenous Filipino ‘Kapwa’ culture has done just that: merely a few generations ago, we had indigenous and rural communities that were truly rapeless, because there was respect across genders, and people treated each other with real care and concern, not just because they wanted something or some THING in return. That’s Kapwa Culture.

How does it feel to be one of the rising female directors today? And what makes your work distinctive from others?

Honestly, I still don’t feel like I’m “up there” with these strong-willed and intelligent women filmmakers. People in the industry know my work, but not my name, nor my face.

I’m aiming to finish at least two screenplays now, with women characters that break free from the helpless mother/whore/virgin stereotypes of Philippine cinema. I am in a rather unique position because I am a woman filmmaker living in a rural region. So I am trying to forefront characters who’d have several layers of marginalization in the status quo of Filipino films: the non-macho, non-Manila, non-cosmopolitan woman or LGBT who happens to have an important cause to fight for.

For years, you’ve worked as a writer, editor and director on many other projects. Did all those experiences translate into your creative process when making Bontok, Rapeless? What made you tell this specific story?

I am a rape survivor. So of course the research into a rapeless culture resonated with me. And it was a story that badly needed to be told. It was an indigenous Filipino story that’s not just about chanting and dancing and weaving. It was about a forgotten psyche, the tendency to bear a rapeless mind.

My background as a travel writer and video producer helped me a lot. This is the part where I began noticing the stark difference between Filipino indigenous ways versus Filipino metropolitan lifestyles. These immersions made me dream of one day telling these stories to the world because they were seldom told.

It was quite surprising when both you and Andy (research assistant) came out as victims of sexual violence in the first few minutes of the film. How did you decide to reveal your own experience while telling the story of the rapeless society?

In the beginning I wanted to tell my story as a rape survivor. We actually had footage of me crying bitterly on the shoulder of Andy, because that interview in the film was the very first time I was able to tell anyone the entire detailed story of what happened to me. It was an experience both excruciating and liberating.

In the long run, we decided to remove the crying footage, because the film should not hold the viewers as emotional hostages. And alas, by the time we finished the documentary, Philippine media was already bombarded with image upon image of crying women who became prey to a celebrity serial rapist. How many crying victims do we need to see in films and on TV just for us to realize that rape is a heinous, heavily traumatic crime? The last thing we needed was to trivialize victimhood by image repetition.

Did your perception on rape culture change from what you envisioned to what finally wound up on the screen?

I used to think that rape was really inevitable. This film, and our journey of making it, turned my world upside down. There is simply no excuse for rape. We’re not pea-brained animals anymore. We are humans capable of culture. It so happened, merely a few generations ago, the Bontok Igorot of the Philippine Cordilleras perfected a rapeless culture. How’s that for an achievement of the human mind?

How have you found the responses, especially from people who have gone through the same experience?

Thankfully, the responses we’ve had—or at least, the public ones—have all been grateful testimonies of empowerment. In almost every screening we’ve staged, especially in universities around the Greater Manila Area, there would always be rape victims standing up, outing themselves in front of hundreds of people, sobbing and saying, “All along, I thought the world was just that, a macho society where rape is inevitable. You proved us wrong, and I’ll be fighting from this day onward, carrying this newfound knowledge.”

And not only women, men—boys—and people from the LGBT community, would also come up to us and confess to either being victims or being rapists themselves. These people have been hating themselves for so long, resorting to self-harm every so often. And they would tell us that the film has emboldened them to rewire their minds to not rape, or rewire their minds to become rape survivors who are ready to fight to end rape culture. Empowerment, and a change of mindset. Priceless responses we never imagined our film would elicit.

Are you working on other projects now?

I am currently brainstorming with feminist friends about establishing a retreat farm for artists and creative workers who may have been victims of gender-based violence. If we ever get a grant to start up, it will be somewhere up here in the Philippine north, away from the insanity of the metros. It’s a painful project yet again, one that possibly would re-open my wounds and that of my friends’ as well. But we all need a space to heal, so maybe we should do it together.

Lastly, I’ll go back to a question you raised in the film, “Would there ever be a society where women can be safe against any form of violence against our dignity? Against our sexuality?” What’s your stance at present? Is a rapeless mind and society still possible?

A rapeless mind is super possible. I know so, because I myself had a rapist mind before. Back then, I believed what mainstream magazines were telling our generation, “Normal men want sex all the time and will never rebuke a naked woman.” So I never cared whether my past partners were too tired or too sick or too sad. I never asked them for consent, because I assumed they “wanted it all the time.” I was horrifically wrong. So now, we always make sure we are building a rapeless relationship. Conscious, expressed consent is very important.

A rapeless society will never be possible, unless we dismantle the institutions that deprive us of the power to decide for ourselves and our bodies. This includes gender inequality, feudalism, and greedy businesses and capitalists. Don’t even get me started with the culture of forced exported labor, which has been a probable cause for many incestuous rape cases in the Philippines, perpetrated by fathers whose wives had to leave home to become migrant workers. All these impositions were practically absent in the traditional Bontok set-up, and this was part of the reasons why they had a rapeless society.

The battle against rape is a long and difficult one because it is cultural and systemic. It may take a documentary to change minds, but it will take a revolution to change the system.

To watch the full documentary, please email to Habi Collective Media at habi.collective@gmail.com