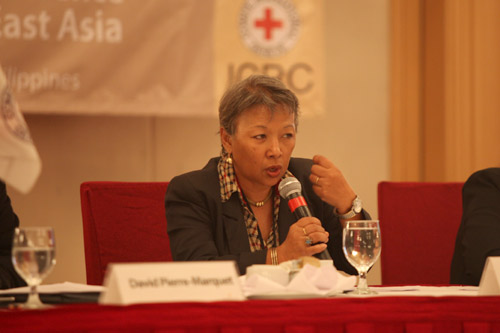 For Yuli Ismartono, Founder and CEO of AsiaViews, age didn’t matter to make dreams a reality. AsiaViews was a monthly complementary addition to the well-known Indonesian magazine Tempo English, which Yuli brought back in a digital format last year. Now she compiles opinions and editorials from media across ASEAN and the countries of Northeast and South Asia.

Awesome Career as an Indonesian Journalist

A journalist for over 35 years, Yuli Ismartono was the driving force behind Tempo English Indonesia’s selection as a laureate for the Gwangju Prize for Human Rights for its reporting on injustice and corruption in Indonesia.

Yuli has covered the first Gulf War and the conflicts in Afghanistan, Sri Lanka, and Cambodia. She has also interviewed countless social and political leaders from across the world in her time at the Sasakawa Peace Foundation (www.spf.org/en). Her stories make you feel like you’re on an adventure yourself.

I asked her when the journalism bug bit her.

“I graduated with a degree in political science/international relations, intending to follow in the steps of my father, to be a diplomat. As I recall, one of his postings was New Delhi, India, during a very interesting but complicated time (1965) in terms of diplomacy: India was at war with Pakistan, a Muslim-majority country like Indonesia. In addition, Indonesia itself was undergoing political conflict internally. A virtual coup-d’etat was in progress and a change of government was imminent. … international relations was what I wanted to do,” Yuli said.

“But the diplomatic life went up in smoke when, by chance, I met Ibu Herawati Diah in 1970. She was the first woman journalist in Indonesia and the publisher of the Merdeka/Indonesian Observer newspapers. She persuaded me to work for her as a journalist, and from then there was no turning back for me. Journalism got into my blood.”

Yuli Ismartono is also the Executive Director at The Lontar Foundation, a member of esteemed organizations including the Jakarta Editors Club, the Jakarta Foreign Correspondents Club, International Advisory Council of APCO Worldwide among many. Basically, she could easily have chosen a big media corporation to work with. Instead, she chose to give life to her vision, to be a startup owner rather than an employee with a plush salary.

Yuli Ismartono launched AsiaViews in 2017 to focus on what really matters to Asian (ASEAN) citizens and keep the discussion alive. Most news media about ASEAN focus on just bringing the news (relevant or not) to you, but AsiaViews tries to look further.

“I sincerely believe that for ASEAN to be an effective community, its citizens must interact and learn more about each other; and the job of journalists is to ensure that happens,” she said. The motto of AsiaViews is simple: to share information about the region to the people of the region. With time in her hands since her retirement from Tempo, now Yuli spends her energy in creating the media she has wanted.

“After more than 20 years of being a regional community, the citizens of one country don’t really know anything about their neighbors. Thais don’t know much about Indonesians, Vietnamese don’t know Filipinos, yet we increasingly rely on each other for trade and other exchanges. Government-to-government works well, but people-to-people relations still need to be fostered. But the situation is improving, particularly as travel becomes cheaper and people travel more.”

Now, on Feminism and Fake News

In the era of ‘fake news’ and data leaks, the voice of the media has become shaky.

Yuli said, “It’s very challenging. The public needs to be informed about the media and the need to check and recheck facts. An informed and accountable media will always have their facts checked and sourced properly. It is very important for the media to maintain credibility. The media has and will always play an important role in initiating changes. But it has to be done in the proper and credible way.”

With the #MeToo movement spreading in Asia, and many feminists coming forward to fight, I wondered what the veteran journalist had to say about it. To the basic question, “Do we need feminism in Asia?” Yuli answered: “I don’t know what that word means. If it means women must still demand for gender equality, equal rights and equal opportunity in education, in employment, etc. Then I favor that. But I don’t want to oppose men, or make men the enemy. They need to be supported and persuaded to support the women’s cause.”

As a journalist, mother, wife, entrepreneur, and more

Being a journalist is no easy job. There is much hard work involved and also bravery. Not to forget your family, which is also affected.

Yuli said, “It has been an amazing journey, full of excitement, learning about people and places and having the platform and the opportunity to write about issues that matter. My passion has been, and will always be—aside from my family—how to communicate to the public, and inform them on issues that would improve their lives.”

Then, as an afterthought, she added, “However, as a woman, a wife and a mother, it was a big challenge, being able to do a good job. Balancing my responsibilities as mother and wife with my journalistic assignments (sometimes taking me away from home for weeks at a time, like when I covered the first Gulf War) took its toll on my personal life. My two kids survived one crisis after another, and they were able to grow normally and productively. My daughter is today a senior international correspondent for CNN International based in Berlin (she does not admit to following my footsteps since she does broadcast news, while I did print media). She has learnt how to organize her time better than me, balancing work and family.”

I had to ask her, what was the hardest part of being a journalist. She answered decisively, “Getting the story and the objective right. Telling the truth and not being influenced by anyone: your government or even your editors. Maintaining objectivity and impartiality from a personal perspective can be challenging.”

(written by Akshata Bhadranna. Akshata is a bibliophile who believes in the magic of words. She loves the stories of startups and enjoys interacting with people. A travel buff and the blogger behind OpinionatedMua, who calls Bengaluru, India her home.)