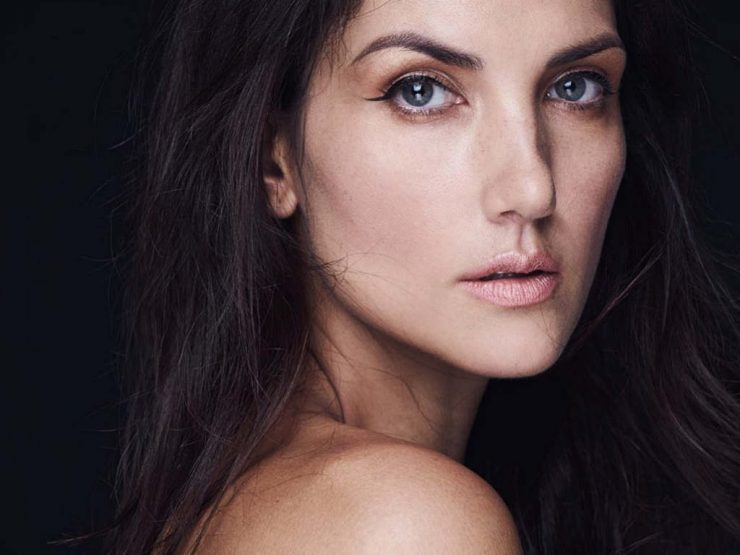 Thai supermodel and host of Asia’s Next Top Model Cindy Sirinya Bishop is taking her campaign #DontTellMeHowToDress to an exhibition next month to raise awareness of sexual harassment and victim blaming in Thailand.

In early March, Bishop started the hashtag #DontTellMeHowToDress, which has been retweeted over a thousand times. The outrage came after years of sexual violence and harassment at Thailand’s New Year water festival, Songkran. Nearly 60 percent of Thai women reported being groped or assaulted at the annual festival. However, what triggered the outpouring of support for the campaign was the response from a government official, which issued warnings to women to “not dress sexy” in order to avoid sexual harassment.

Bishop’s initiative #DontTellMeHowToDress brings to light deeply rooted misogyny in the country, in which authorities blame the sexual violence victims instead of holding the perpetrators accountable.

ของขึ้น ขอระบาย 😡 Women have the right to dress however we choose, as long as it’s not illegal. Sexual assault and harassment is never the woman’s fault! Tell men to keep their hands to themselves! #rant #basichumanrights #donttellmehowtodress #tellmentobehave

“Women have the right to dress in any way as long as it is not obscene and illegal. Men should rather think what it is they are doing. I understand you’re drunk, that you’re partying with friends, but you have no right to touch a woman’s body,” Bishop said in a video uploaded on her Instagram, in which she revealed that she, too, was a victim of sexual harassment during Songkran.

The exhibition will premiere on June 25 in Siam Paragon, featuring 40-plus outfits worn by women who were sexually assaulted at Songkran. Additionally, Bishop teamed up with a celebrity photographer Nat Prakobsantisuk to share his portraits of 15 Thai celebrities along with their quotes about sexual violence. Bishop is also collaborating with UN Women and the Thai Women and Men Progressive Movement Foundation.

We had a chat with Cindy Bishop over the phone about her campaign and the upcoming exhibition.

Tara Abhasakun: What inspired this exhibition?

Cindy Bishop: It all started with me venting on my own personal social media about how I was not happy with the official line from the government during the Songkran, saying “Make sure you don’t dress sexy, so you don’t get assaulted.” And with no mention of warnings to the men or any other preventative measures. It just struck a chord in me. So I went on with a rant on my social media, which then went viral, it was shared by many other women who felt the same, which led to a campaign called #DontTellMeHowToDress.

It created more conversations around the questions like, “What is sexual assault? What are the main causes and why are women still being told to cover up or act a certain way? Why are we being the ones told to protect ourselves, and not the message being directed at men to behave?” I didn’t want it to be something that’s popular briefly, that everyone forgets about it later. It’s obviously something that needs to be talked about, especially in Thai society where it’s easy to just say “Oh, she was dressed that way.” It’s easy, there’s a culture of victim-blaming in Thailand, and I think it’s time we all spoke about it.

I was very inspired by the University of Kansas exhibition where they displayed clothing from sexual assault victims, and I thought that it would be very powerful to recreate that here. So I’ve been working closely with the Progressive Women and Men Foundation in Thailand. I thought what they were doing and promoting aligned with what I’m talking about.

They have real case workers on the ground working with women all over the country. They were able to provide me with about 40 outfits which we are going to go through, and have a selection of ages and also of the severity of the assault, so it’s everything from getting harassed to groped during Songkran, all the way up to actual rape.

For the other part, I teamed up with Nat Prakobsantisuk, one of Thailand’s forefront fashion photographers. He reached out to me very early on and said, “Hey, is there anything you want me to help you with? Let’s get this conversation started even louder.”

We are going to photograph 15 of Thailand’s top celebrities who want to help support this issue, and each portrait is going to be a different message around sexual assault and breaking stereotypes. It’s going to be quite an interesting and powerful exhibition.

We also have teamed up with UN Women, who is going to lend their international support. And we are going to invite the Ministry of Human Development and Social Security in Thailand, [the agency] directly responsible for the laws governing sexual harassment, to be the VIP guests at the event.

Can you elaborate more on the victim blaming in Thailand?

Thai society is still very patriarchal. In my conversations with UN Women, they told me that the main reason for sexual assault in the region is this idea of male entitlement. Basically, it’s that they’re entitled to do what they want. They know that there will be little to no repercussions in many cases.

This promotes a culture in which people say “Well, she should’ve covered herself up more. What was she doing in that situation? Why was she drunk? Why was she by herself?” You can see many cases like this in the media.

For example, in a recent case in Thailand, a woman was going home alone in a taxi. She was intoxicated, and the taxi decided that instead of taking her to her destination, he would take her to a hotel, a one-night brothel. She subsequently came out to apologize, saying, “It was my fault, I shouldn’t have been drunk by myself in a taxi.” What kind of logic is that? A taxi as a public service has the responsibility or to take her home safely, not take advantage of her. But there are so many cases of this and unfortunately, many cases go unreported. Often the police end up having the victims try to settle out of court because it’s easier to do it like that than having to go through all the legal proceedings. In many cases, the men know that they will get away with it.

Since the hashtag movement, have you seen any shift in the dialogue? What do you think was accomplished?

Definitely a lot of dialogue. It got so much media attention both locally and globally, and support from women everywhere sharing photos on social media and the hashtag. It’s still going on. I really want to keep the momentum going, and make it at least be an issue.

I don’t want people to say, “She must have been asking for it.” No, let’s talk about every single case. Yes, there may be cases where, unfortunately, both sides are at fault. But often, it’s easier to blame the women. There are so many messages associated with it, and then I’ve been working closely with UN Women, there was a report called, “Trial of Rape” where they did very comprehensive surveys and studies in Thailand and Vietnam. It’s amazing the statistics and the cases. Something like 91 percent of women who are raped or harassed are attacked by someone who they know or are related to.

What do you hope will come of this exhibition?

My main objective is to raise awareness, and hopefully debate some of myths surrounding sexual assault and harassment. I hope to encourage the laws and the legal system to provide more balance and more protection to women.

Tara is a Thai-Iranian-American journalist currently living in Bangkok. She has covered women’s rights in the Middle East and Thailand, as well as Middle Eastern religious minority rights, for Borderless News Online and Sisterhood Magazine among many others.