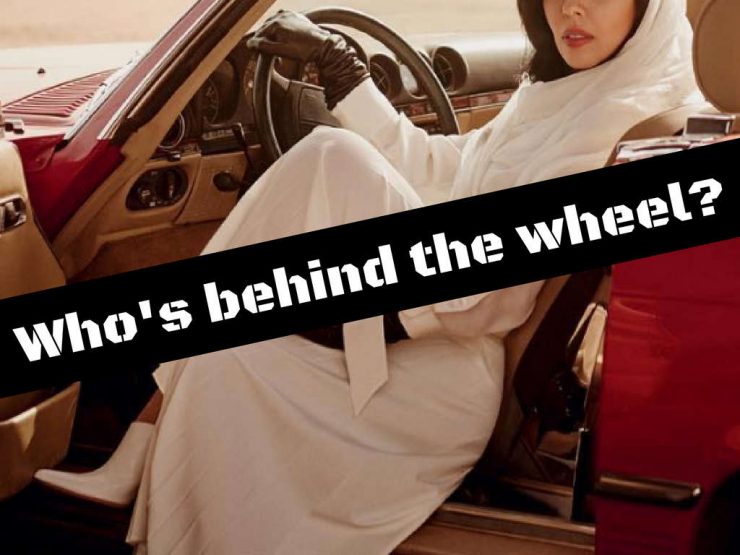 June 24 is a historic day for Saudi women. The last country in the world where women are not allowed to drive is turning around as the new prince, Mohammed bin Salman, attempts to modernize the economy.

Although it’s a big step for the ultra-conservative society in terms of equality, Saudi women may still need permission from ‘guardians’ in order to drive by themselves, as well as to do other daily activities. That’s why there have been mixed reactions to Vogue Arabia’s June cover featuring Saudi princess Hayfa bint Abdullah al-Saud posing behind the wheel of a red convertible, in celebration of the Saudi’s changed policy.

“In our country, there are some conservatives who fear change. For many, it’s all they have known,” the princess was quoted in the interview with Vogue Arabia, “Personally, I support these changes with great enthusiasm.”

However, critics pointed out that it should note the 11 activists who have been arrested for protesting for Saudi women’s right to drive and to end the male guardianship rule. At least four activists were released, but the status of the rest is unclear, according to The Guardian.

People on Twitter have posted the Vogue cover with images of the detained activists photoshopped over the princess’ face. After @VogueAlArabiya thought it’d make sense to feature the princess in the June 2018 issue on “trailblazing women of #Saudi Arabia” & their driving, Saudi women have taken to Twitter to object & replaced her image with 3 of arrested activists labeled as ‘traitors’: Aziza, Loujain, & Eman. pic.twitter.com/SOZA28YS72

Philippine Women’s rights advocates launched #BabaeAko (I am a woman) campaign to fight back as President Rodrigo Duterte made a series of misogynist remarks and actions.

Denmark voted Thursday to ban garments covering the face in public spaces, including burqa and niqab as worn by some Muslim women, drawing criticism from human rights activists.

“All women should be free to dress as they please and to wear clothing that expresses their identity or beliefs,” Amnesty International’s Europe Director Gauri van Gulik said, in the statement, “If the intention of this law was to protect women’s rights it fails abjectly.”

Denmark is one of several European nations, including Austria, France, and Belgium, to adopt such restrictions, also known as the “Burqa ban.”