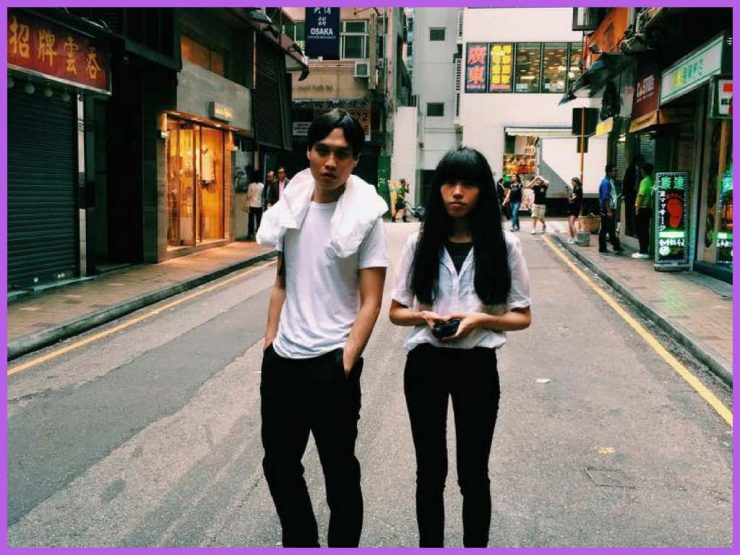 Those living outside Hong Kong may not have heard of ‘My Little Airports’ (“MLA”). The duo of Lam Ah P and Nicole OuJian has been showcasing their distinctive indie-pop sound to an ever-growing audience for more than a decade. Now it’s your turn to discover their tunes—they not only sound unique, but carry real songwriting finesse.

MLA provides an experience that doesn’t rely on big productions but focuses on the craft itself. Their discography is a mix of English and Cantonese, bringing the band’s catchy contributions to both pop-cultures.

Their undeniably cinematic aesthetics, matched with an ethereal sound, have struck a chord with many listeners, and they’ve provided the sound for the romantic drama film It’s Already Tomorrow In Hong Kong, with the songs Romantic Kowloon Tong, Coka, I’m Fine, and Lonely Friday. For a film about inter-cultural romance, focused on just two persons in Hong Kong, MLA provided the perfect musical palette. The relatability of their songs is at its best when they are commenting on daily affairs and the struggles of life in the city, from work pressure to love woes.

Today there seems to be an endless list of indie pop music and artists, and the nostalgic and ironic flavor of the genre has been so overdone that it gets boring. MLA steps aside from the stream with a forward-thinking body of work. Even when they reminisce how everything loses its innocence a little bit, their message is grounded in the present moment.

Take a look at recent hit, Good Trip, which looks like a hipster’s wet dream with its analog picturesque style. The narrative of the video extends the idea of, “[doing] things that make you happy without depending your actions on antiquated rules.” That statement has always encapsulated the work of MLA.

Their works are truthful as both a reflection of them and what they’ve gone through and done, spotlit in the unflattering light of the society we’re all part of. “He told me that I didn’t have to put myself on a pedestal or try to sound smart. Sincerity will prevail when you stay grounded and be authentic,” says Nicole in an interview, describing how P advised her about songwriting.

Humble and quietly spoken, these two artists are a stark reminder to veer away from the false charisma of today’s celebrity culture to focus on the genuine craft of music itself. It’s a reminder that pop music is still capable of delivering cynicism, self-awareness, and irony.

MLA gets this job done right from their debut album, The Okay Thing To Do On A Sunday Afternoon Is To Doodle In The Zoo, which summarizes the spirit of their teenager years spirit, to the notably different fourth album, Poetics – Something Between Montparnasse And Mongkok, which contained many politically charged songs. The conclusion of that, of course, is that they split people down the middle; making their tunes at once a little bit uncomfortable, yet still alluring.

With their latest single, HEY HEY BABY, it appears that they are brewing a new album and may be leaning towards mature romantics side this time. Their sound is intimate, almost weaving together folk with electronic synths, and they capture this change both visually and musically. With eight albums under their belt, their potential to rise even further, and venture across yet more changes changes is still there, waiting to be tapped.

Find out more about My Little Airport through their Facebook and YouTube. You can also listen to their full discography at Spotify.