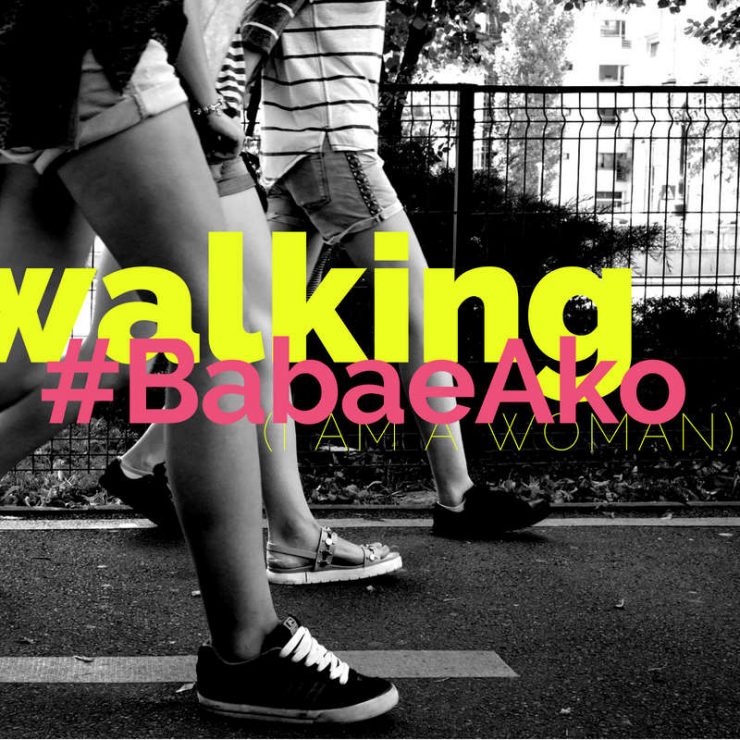 More than a thousand women marched in the Philippines on Tuesday, dressed in the colors of the national flag to celebrate independence day, while chanting “Duterte is afraid of women.”

Organizers have recently launched a social media campaign under the hashtag #BabaeAko (I am a woman) to protest against Duterte’s regressive and misogynistic behavior.

During his two years as president, Duterte has repeatedly crudely joked about rape and raping women, defended womanising, and ordered soldiers to shoot female rebels in their vaginas. Last week was the last straw, when he coaxed a married Filipina into kissing him on the mouth at an onstage appearance in Seoul. He defended himself by saying, “We enjoyed it.”

It seems a rather paltry defence.

On Wednesdays Korean voters took to the polls in local elections and 12 parliamentary by-elections at 14,134 voting stations. They were choosing 4,016 officials, including mayors, provincial governors, and education superintendents.

The result was a landslide for the ruling progressive Democratic Party of Korea (DPK) of President Moon. The progressives took 14 out of 17 governor and mayoral posts, with the conservative Liberty Korea Party (LPK) relegated to its traditional strongholds of Daegu and North Gyeongsang. The DPK also took 11 of 12 by-elections, increasing its dominance over the faltering conservatives of impeached former president Geun-hye Park who was sentenced to 24 years in prison for corruption in April of this year.

With a focus on ‘peace and prosperity’, we can also expect strides for gender equality under the progressive government.

Bourdain was “a rare traveler they trusted to get their cultures ‘right.'” according to the New York Times.

Jenny Yang, comedian and writer, said it best for all Asians: “Bourdain never treated our food like he ‘discovered’ it. He kicked it with grandma because he knew that HE was the one that needed to catch up to our brilliance.”

Bourdain never treated our food like he "discovered" it. He kicked it with grandma because he knew that HE was the one that needed to catch up to our brilliance.

I wish so much for his legacy to take hold in western (mostly white) food media culture. What a loss. I'm so sad.

We couldn’t put it better ourselves.

“Those who say it can not be done, should not interrupt those doing it.” -Chinese Proverb

After lobbying for two years, Korean Americans Gemma Hong and Euwan Kim succeeded in their effort to design and erect a statue in Fort Lee, New Jersey (USA) to remember the estimated 200,000 women sex slave victims, forced into prostitution by the Japanese army in World War 2.

These students fought for 2 years to memorialize the estimated 200,000 women who were sex slaves in WWII (via NowThis Her)

We will never forget the victims of sexual violence and sexual slavery, and fight against it everywhere and always. The struggle might seem long, but we are winning.