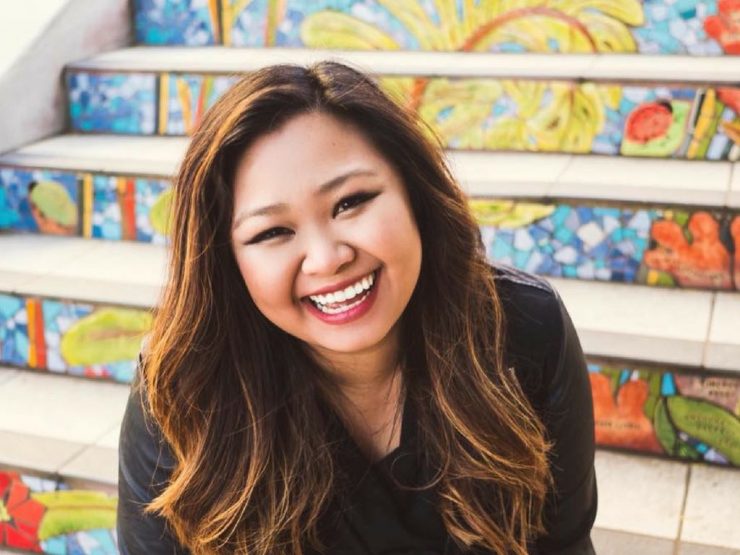 Xiaohoa Michelle Ching is the daughter of Laotian refugees. Throughout her life, she’s seen firsthand how socioeconomic factors affect the quality of education.

To help solve this problem, Ching founded Literator. The platform combines data and design to help educators teach their students how to read.

The Forbes 30 Under 30 list named Ching as one of the leaders “set to influence the next century.” But her success has humble beginnings.

Ching attended high school in Milwaukee. Her high school had a reputation for being violent and chaotic. There were even days when teachers would not show up to class.

“It was the very beginning of my perspective and understanding around how education is different for different students, based on where you live [and] what your parents do,” she said, “In a lot of ways, I feel like we were being set up to fail.”

Later in high school, Ching transferred and ended up in one of the highest ranking schools in the nation. There she saw an overwhelming disparity in resources available to different schools.

“I didn’t like that you could just move from school to school, and depending on where you were living, your education would change,” she said.

In college, Ching considered a future in public office. That way, she could help solve the problems she dealt with as a student.

To be an effective leader, Ching thought she needed a more active role to understand the problems at hand. This lead to her decision to become an educator.

Ching visited the San Francisco Bay Area often as an undergraduate student. It was there that she decided to start her teaching career. Still intent on pursuing public office, she learned policy was a significant process.

“It wasn’t until I was in the classroom that I realized policy was going to take too long,” she said, “The things I needed to do and what my kids needed to do were really difficult, but they could be solved practically.”

Ching taught in the Oakland Unified School District. The district is home to a diverse population of students. In 2015 the district reported that 49.5 percent of students spoke a language other than English at home. Altogether, there were more than 11,000 students in the English Learners Program.

The biggest problem was that teachers used the same material for every student. This meant there was not an individualized way to address a student’s needs.

[mks_pullquote align=”right” width=”300″ size=”20″ bg_color=”#000000″ txt_color=”#ffffff”]“He was really smart, but he had been held back because he was reading at a preschool level,” she said. “I was given a second-grade curriculum, and here was a student reading at the preschool level.”[/mks_pullquote]

As an educator early in her career, she came across a student who was bright but reading below grade level.

As a new teacher, Ching was not sure how to help her student.

“I  had no idea what resources I needed. I felt like that was unacceptable,” she said, “There should be a way brand new teachers and veteran teachers could meet [students’] needs. Especially in the moment when they face a student, who doesn’t know how to read, and [teachers] need to know what to do.”

With Silicon Valley at her doorstep, Ching looked to solve the problem with tech. A friend told Ching about Start-up Weekend, and she took her idea to the next level.

She met developers at the event and together they pitched an early concept of Literator. Their pitch won the event, but Ching faced another hurdle. She needed to build a team with technical skills and a passion for equity in education.

She met Jing Jin, formerly of Apple, who wanted to take on a project with social impact. Jin then referred Ching to Jeff Tchang, an experienced web engineer. Ching, Jin, and Tchang formed a team committed to building Literator from the ground up.

The team wants to make Literator accessible to everyone. This is especially true for schools with limited resources. Educators can use Literator with a free or premium account. The platform works as long as schools have at least one smartphone.

For Ching, addressing literacy is a step towards the future. She wants to expand the conversation on how to elevate other aspects of education.

“This is only the beginning,” she said, “We see potential to change systems in education, the classroom and in how teachers approach learning.”