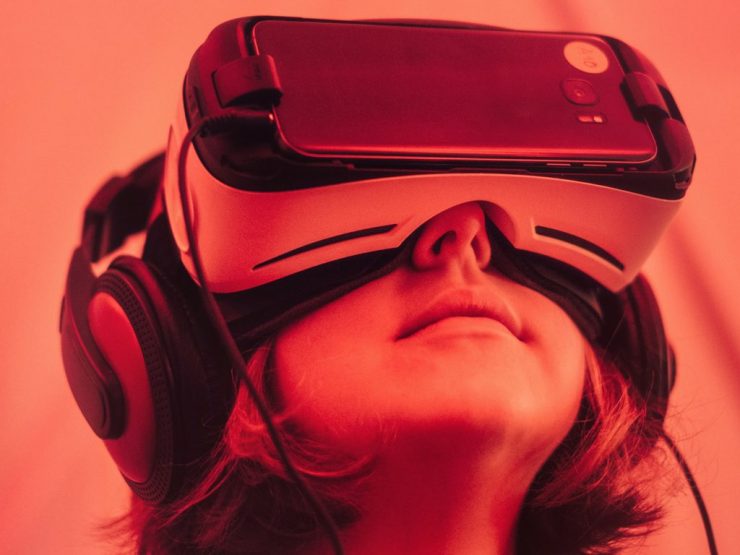 Why is it so dangerous for women to play games in Korea?

Sexual harassment, threats of sexual assault, insults to family and loved ones. A snippet of the harassment comments a female gamer faced from her anonymous teammates while playing the online game Overwatch reads like the worst imaginable misogynist spew. She later reported the comments to a cyber harassment hotline run by South Korean Feminist gamers organization Famerz.

For women gamers in South Korea this overtly sexist harassment happens almost every time they play an online game.

Harassment in games like Blizzard’s Overwatch is especially egregious because it’s a team battle game where players talk to one another verbally, using microphones, thus users unintentionally reveal their genders as soon as they speak.

In a recent survey of 4,884 Korean female and male users of the game Overwatch, 97 percent of them said they had experienced or witnessed sexual harassment while playing the game. Types of harassment ranged from sexist terms used in comments to implying sexual violence through game characters to actually committing real life harassment.

“I started playing role-playing games from a young age, when I was barely able to touch the computer,” said ‘Ana’ of Famerz (her nickname she preferred to go by) during a talk hosted by Korea Exposé titled “The Divas of South Korea’s Game Industry.”

“At some point along the way, it started getting uncomfortable being a female gamer in Korea. For example, if you were good in game, other players would say things like, ‘she must’ve gotten on the bus from her boyfriend’ (‘getting on the bus’ in role-playing games means earning advantage from another player). And if you were bad, you would get cursed at for sucking.”

South Korea has the sixth largest gaming industry in the world, according to data insight company newzoo, and 46 percent of South Korean gamers are female. But it feels like games are predominantly a boys club, because most women gamers play ‘underground’ by hiding their gender online or by playing in private spaces.

“If you’re playing games in Korea, one of fun factors is to go play at a PC Bang (an Internet café where a group of people can play computer games). But as a rare woman gamer, I’d often get creepy stares or people pestering me for my number,” Ana said.

Another reason female gamers feel alienated is because game developers and publishers are mostly men making games with young male gamers in mind, thus female characters, especially in Korean games, are very limited to either hypersexualized figures or ‘damsels in distress,’ like Princess Peach in Super Mario.

“I wish there were more female characters I could relate to. In games made outside of Korea, I see a variety of female characters, like an old grandma type or a strong soldier, but in Korean games I get only one stereotypical character with no storyline or context,” said Young Own of Famerz.

Have you heard of #GamerGate?

Despite a popular gaming culture, online harassment is not limited to individual cases in the game sphere, but rather reveals a larger iceberg hiding beneath the surface, reflecting culturally rooted misogyny in the country as well as a systematic hatred tolerated by industry decision makers.

Last March a CEO of the Korean game developer IMC GAMES caused a controversy after he publicly ‘censored’ one of his female employees for following and liking feminist organizations on social media.

“It is nothing new that individuals are screened for being feminist and punished for that,” said Korean feminist activist group Womenlink. The group listed similar online censorship cases that happened in Korea over the last two years, including:

Kim Jayeon, who worked as a voice for the country’s largest game publisher, Nexon, who lost her job for tweeting a photo of herself wearing a T-shirt that read, “Girls Do Not Need a Prince.” Popular girl group member, Sohn Naeun of A-Pink, who was criticized for posting a picture of her cellphone case that read, “Girls can do anything.” Another famous girl group singer, Irene of Red Velvet who was harassed online for reading a book titled, Kim Ji Young who’s born in 1982, a fictional tale that depicts a Korean woman character facing subtle discrimination while living in Seoul.

These incidents strike a chord with the online harassment cases in the United States dubbed #GamerGate back in 2014. Under the disguise of a campaign for ethical journalism and anti-censorship in gaming, GamerGate targeted female game developers like Zoë Quinn and Brianna Wu.

Probably the most visibly and ferociously attacked figure was media critic Anita Sarkeesian. In 2014 she posted a video series called Tropes vs Women, backed by a Kickstarter campaign, in which she analyzed popular video games and female game characters and discussed how they were made and portrayed in sexist ways.

In a composed and articulate manner, she would dissect the sexist components with wit, as well shown in an episode called, “Strategic Butt Coverings” which revealed the contrasting focused gaze on female characters’ rear ends in games as opposed to those of male characters (which were mostly strategically hidden!)

After the release of Tropes vs Women, which was involved five years of work and research, Sarkeesian was bombarded with death and rape threats, and she and her family members faced doxing, their personal information hacked and misused by trolls. Even a video game was made on how to slowly and brutally hurt her.

“I’m tired of people always wanting to talk to me about Gamergate and not about any of the work that I’ve done since, as if I’m doomed to forever be trapped in that moment in time …” said Sarkeesian.

“But you know what? I’m so much more tired of the existence of online harassment. I’m weary to my bones of this discussion, but I’ll keep engaging in it, because ultimately the commitment to exposing online harassment, its terrifyingly omnipresence, and its harmful and appalling effect, is the first and most important step we can take in wrestling power back for ourselves,” said Sarkeesian during her talk on June 6 at the Seoul International Women’s Film Festival.

Currently she is working on an educational series for the Feminist Frequency channel, where she talks about gender representation in pop culture media. She was named one of TIME’s 100 most influential people in the world in 2015 and was the recipient of the 2014 Game Developers Choice Ambassador Award.

Thanks to vocal critics of online harassment in gaming and media like Sarkeesian, 4 years after Gamergate more advocates and experts in the U.S. are asking authorities that powerful tech companies need to be held accountable for turning a blind eye to cyber harassment and abuse.

Games are supposed to be fun. Let’s keep it that way. For all.

In Sarkeesian’s op-ed in the New York Times in 2014, she said the term “gamer” is no longer useful as an identity because games are for everyone. “These days, even my mom spends an inordinate amount of time gaming on her iPad. So I’ll take a cue from my younger self and say I don’t care about being a ‘gamer,’ but I sure do love video games.”

In this spirit, she recommended the game Celeste, the story of a young girl conquering her inner demons.

“I enjoy games where it’s a battlefield or a survival setting like The Last Day on Earth or League of Legends. And it is so much fun to have a ‘clean game’ when I play with other feminist friends,” Young Own said.

Unfortunately, in Korea and other parts of Asia, change is only coming slowly. What we can do is to simply play games that we enjoy (with no judgment), to raise the flag when we see the toxic behavior of gamers or game makers, and to encourage more female game makers to come forth so that all the girls (including the girls in ourselves) can simply enjoy the fantastic worlds of games, safe and sound.