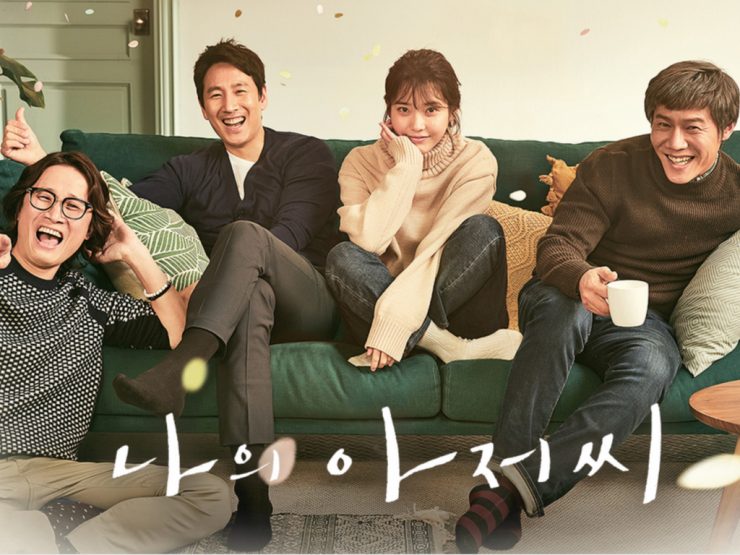 When the trailer for the Korean drama series, My Mister (also known as My Ajusshi) rolled onto my cable TV, and kept rolling, I was intrigued. But initially I had a difficult time understanding the series’ plot, as matter-of-factly described by the voice-over on the telly.

“Developing a meaningful relationship with an older, married guy?”

“How could this even be the premise of a series?”

I wondered about the synopsis out loud (fortunately, nobody overheard). Still, I held on, buoyed by the knowledge that this series was the latest project of Kim Won-seok, the acclaimed director of Signal, and written by Park Hae-young, the famed writer of Another Miss Oh—my two favourite Kdramas).

True to form, as the drama unfolded, I was drawn to the plot—hook, line, and sinker. By the end of the first episode, I knew the motivations of the key characters and the shady side of office politics.

The main characters are Ji-an, the contractual office assistant, and Dong-hoon, the building inspector-cum-manager, both of whom serve a notable architectural firm in Seoul. From the get-go I was entirely amused by how different the heroine was from the protagonist. She exuded an unapologetic, no-nonsense attitude, while he carried this unnerving, goody-two-shoes image. Ironically, it was these personality traits that brought them closer together as they learned to muster the courage to look past one another’s pain and heartache.

With a loan shark literally and figuratively breathing down her neck, Ji-an was resolute and desperate to find any means necessary to remove this heavy burden from her life. When the opportunity to become CEO Joon-young’s lackey landed, she was more than determined to get the job done swiftly and she focused on getting rid of Dong-hoon from the esteemed company.

Archenemy Joon-young, who was Dong-hoon’s ‘hoobae’ (or junior) in college, was also shamelessly seeing Dong-hoon’s wife, Yoon-hee, behind his back.

The plan fortunately backfired when the embittered Ji-an grew fond of genuinely nice guy Dong-hoon. As part of her devious scheme, Ji-an had wiretapped his phone so that she could listen in to his conversations and read his text messages. After spending more time together and eavesdropping religiously on the phone, however, Ji-an found herself strangely rooting for him and even ‘pinpointing’ the path for him to discover his wife’s infidelity.

Without giving much of the remaining plot away, there are many sad scenes in this series, which tug at my heartstrings and resonate on a personal level. I wholeheartedly agree, for instance, that spousal betrayal means pronouncing a death sentence to the innocent party.

On that note, the series delves realistically into the two-timing issue, and how it affects all parties involved. Mirroring real life itself, the pain and grief experienced by Ji-an and Dong-hoon also came in an orderly fashion, thus making it more acute and relatable.

My Mister successfully touches on universal themes of brotherhood, friendship, perseverance, selflessness, accountability, forgiveness, acceptance, and letting go. The stellar supporting cast makes a frank exploration of these themes not just possible, but deep and poignant, adding to the already rich narrative. Much like adhering to strict building codes, these friends and family members resemble pillars which boost each other up in good times and bad.

A strong, believable bond between Dong-hoon and his two brothers, Sang-hoon and Ki-hoon, is another gem to behold. No sibling relationship is ever perfect, but they will always be there for you, no matter what. I cried when they tried to make the formidable Dong-hoon vent his anger or shed some tears. Instead, they bawled on his behalf.

The most powerful sense of kinship, of course, belongs to none other than Ji-an and Dong-hoon. They connected on a deep, emotional level which defied the need for physical contact and assurance (Spoiler: When they did have a ‘skinship’ moment in the final episode, I turned on my waterworks full mode). They understood what would make and break them, and helped to build each other up based on this knowledge. Bolstered by the faith that they had instilled in one another, they took the road less traveled, which would naturally be conducive in the long run.

My Ajusshi has left an indelible mark on my five-year Korean-drama watching experience. The ensemble of director Kim Won-seok and writer Park Hae-youn is a dream collaboration, not afraid to push the envelope and delivered yet another precious work of art. The phenomenal success of this series rests upon its unique storyline, which does not follow your typical boy-meets-girl trope to grab the viewers’ attention. It demonstrates that overtly passionate displays of affection are not the only way to score high ratings.

Sometimes, loving someone unequivocally can transcend physical boundaries and still be love in its own right.

(Written by Eliza Ali. Eliza is a mother of 2 and a multi-tasker able to juggle chores effortlessly in Malaysia. She is passionate about her kids, life, great reads, k-drama, desserts, and coffee. She is a firm believer in the absolute truth.)

Eliza is a mother of two and multi-tasker in Malaysia. She has to start her day with coffee, loves to look up words in her spare time and finds joy in a seaside retreat. Her children mean the world to her, alongside a daily dose of Korean dramas.