In the position of perpetrator: rethinking South Korea’s role in the Vietnam War 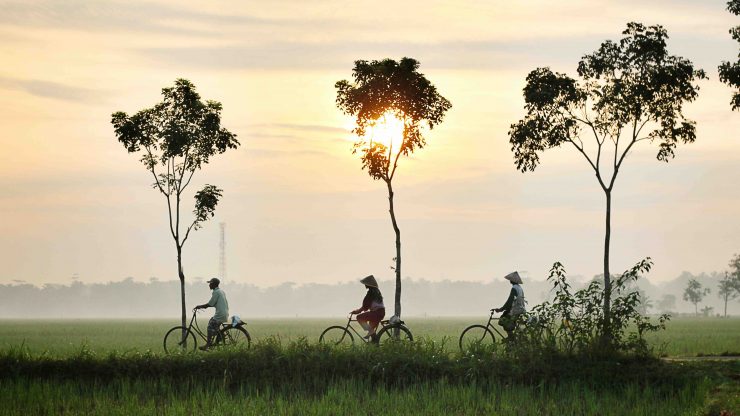 An academic conference and a citizen’s peace tribunal on the Korean troops’ massacres of Vietnamese people during the Vietnam War were held over a three-day period from April 20 to 22, 2018, in Seoul.

It was not only Korean troops that took part in such atrocities during the Vietnam War, however, this conference was held to revisit the Vietnam War as Koreans in Korea: from the standpoint of the perpetrator and to bring the massacres of Vietnamese civilians committed by the Korean troops into the spotlight.

Why should we continue to remember the massacres that took place during the Vietnam War, which ended several decades ago? Why should those who had no part in this war feel responsibility for what had happened?

As a panelist at this conference and a person who identifies herself as Korean to the core, this opportunity was a chance for me to reflect on and re-examine the Vietnam War outside of an exclusivist, nationalist perspective.

It is not difficult to acknowledge the need to observe the various social phenomena around the world from a global viewpoint that moves beyond the framework of nationalism and to build solidarity among people of different regions to realize common ideals. But I was born and raised in Korea; my experience living outside of Korea is limited, and most of the people I am close to identify themselves as Koreans. Others, both inside and outside of Korea, also recognize me as a Korean. Ultimately, I find it difficult not only to deny my identity as a Korean but even to create any distance from this identity.

The Vietnam War, like any other war, was a war born out of complex power relations and conflicts of interests in the international community. However, I cannot deny that what brought this war to my attention was its relationship with Korea. Does this mean that my viewpoint is not relevant or worth consideration?

Korea’s experiences of war in modern history often find Koreans in the position of victims. Korea was placed under Japan’s harsh colonial rule, and the whirlwind of the Cold War left Korea in ruins by sparking a civil war. These experiences have made us keenly aware how the damages brought by war cannot be forgotten even after it is over, and that dialogues between the involved countries to identify the right and the wrong of things are necessary to build a healthy relationship. It is just that we have little experience in applying this logic from the perpetrator’s point of view.

This is why it is meaningful to revisit the Vietnam War in connection with the regional and historical context of Korea. That is, at least for us Koreans.

This context is far from simple to grasp. Korean society is well aware that the Korean government dispatched a large number of soldiers during the Vietnam War. We are also familiar with the fact that a considerable amount of foreign currency was acquired in return for dispatching our troops to the Vietnam theatre, consequently consisting of the bulk of the funding that drove Korea’s economic growth under the Park Chung-hee administration.

However, since the 1990s, the memories of the Vietnam War have gradually been added to our knowledge of the Vietnam War’s contribution to our country’s economic growth. There began a discussion on the injuries and damages experienced by Korean veterans who had engaged in the Vietnam War, as well as the sexual assaults and massacres committed by the Korean troops in Vietnam. Today, the damage suffered by the veterans and the damages that Korean troops caused are being mentioned simultaneously. What this situation suggests is that we need to examine the position of ‘Koreans’ in the Vietnam War from a multi-layered perspective. For who and how can anyone name those who were involved in this war ‘the greatest perpetrator’ or ‘the greatest victim’?

Most people frown upon the civilian massacres that had been perpetrated and agree that such atrocities should not be repeated. Further, they wish to make the perpetrators of the massacres accountable for their actions. But who are the perpetrators? The soldiers who were directly engaged in the killings, shooting Vietnamese civilians to death? The officers who gave orders to these soldiers? The Korean government that recruited these soldiers and sent them to Vietnam? The United States, responsible for the outbreak of the Vietnam War? And are the perpetrators the only ones accountable for these massacres?

The considerable amount of the funds received by the Korean government in return for engaging in the Vietnam War, which include the massacres, were invested in constructing various public infrastructure works and industrial facilities in Korea. Of course, it should not be forgotten that such facilities were also born of forcing many workers to endure low wages and poor working conditions, but it is nevertheless undeniable that the funds gained from dispatching our troops have contributed to the ‘modernization’ of Korean society. Are we, who are enjoying the fruits of the ‘modernization’ acquired through such means, entirely free from responsibility for the massacres?

The citizens’ tribunal is a mock court, but prominent judicial officers, including the former Justice of the Supreme Court Kim Young-ran, sat on the court, and testimonies were given by Vietnamese victims who suffered at the hands of the Korean troops. The court ruled that the defendant, the Republic of Korea, should pay for damages and recognize its responsibility so that the victims’ dignity and honor can be restored.

It is true that making Korea reflect upon the Vietnam War and further recognize Koreans to be responsible for the destruction caused during the war cannot be as simple as the two-day tribunal that was held. Nevertheless, the citizens’ tribunal and the continued discussion at the academic conference set in motion efforts to deal with the complex and intricate problem of placing accountability from the belief that these efforts will strengthen the positive relationship between Korea and Vietnam, as well as between the people of the two countries.

Korea and Vietnam are nations that are in a better position to understand the pain of war than any others of this generation, both with the intimate understanding of how difficult it is to accuse anyone, despite the injuries suffered from the violence enacted at the state level in the context of history and the region.

Our experiences will help us to heal, rather than deepen, the wounds that remain by continuing this conversation.