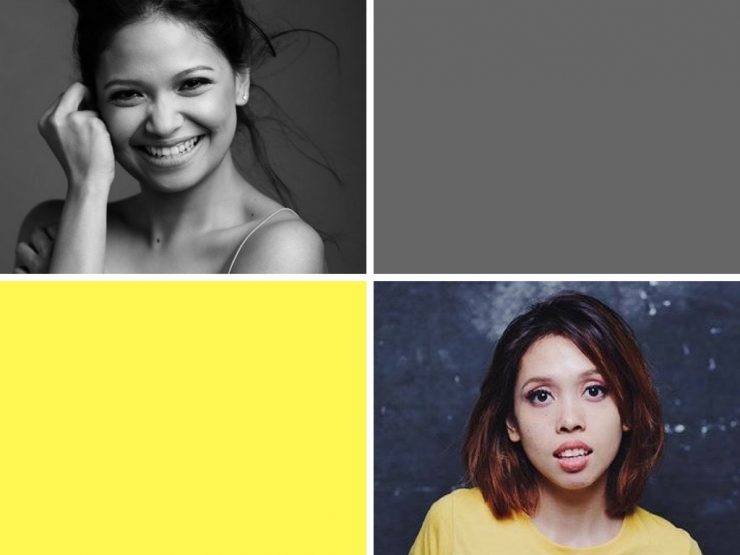 Philippine theater has long been producing stage greats. From homegrown talents that did rounds on Broadway, like Lea Salonga on Miss Saigon, Aladdin, Les Miserables and other musicals, to Karla Garcia on the ensemble of Broadway’s Hamilton: An American Musical to Rachelle Ann Go & Christine Allado as female leads at the London West End rendition of Hamilton.

Year after year, we see actresses that flourish, leaping from local to international stages. As we go back to the roots of the theater scene here in the Philippines, let’s meet two rising women and spotlight their narratives.

They performed in a local hit, Sa Wakas: A Pinoy Rock Musical, a bittersweet story set in contemporary Manila and based on the songs of one of the country’s most beloved rock bands, Sugarfree. We witnessed its flawless farewell performance and chatted with two of its main actresses: Cara Barredo, who played Lexi, and Maronne Cruz, in the role of Gabbi.

Can you tell me a bit about how you got involved in the musical theatre scene?

CARA: When I was 7 my mom and my older sister walked into my room and asked me if I wanted to be part of REP’s production of Scrooge. They said I’d get paid and that I could buy as many Archie Comics as I want. I never stopped after that!

MARONNE: The first door that opened was a musical theatre organization that I joined during college called blueREP. Actually, my sister was part of it, so I was exposed to the local theatre scene since I was a child. Later I saw a casting call for a production of Cinderella and to my surprise, I got the part.

For those who aren’t familiar with Sa Wakas: A Pinoy Rock Musical you recently starred in,  how would you describe your characters, the female leads? 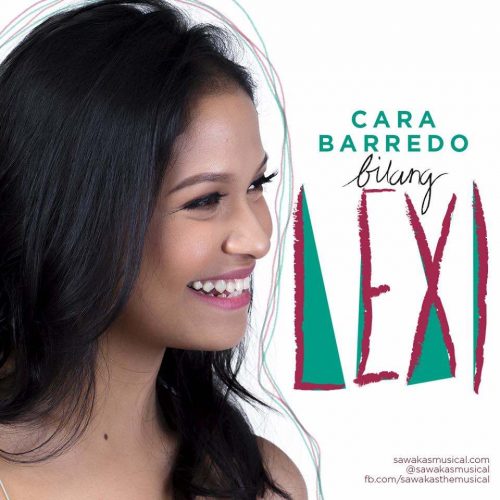 CARA: Lexi is the girlfriend. The fiancée. Lexi and I are both very organized with things and how things should be done. She’s the one that started the journey with Topper, the male lead, but plans changed.

MARONNE: My character Gabbi is an independent, fun-loving, warm, grounded, quirky writer/editor who is very passionate about the arts. Topper meets her at a time in his life when he feels that his current relationship with his fiancee Lexi risks compromising things. Gabbi has some of that jaggedness in her, but she’s still a lady, still sophisticated.

It was great to see both women onstage have that strong passion for life. It was an inspiring and honest portrayal of us today. For you, what was the most important thing you got out of this journey? 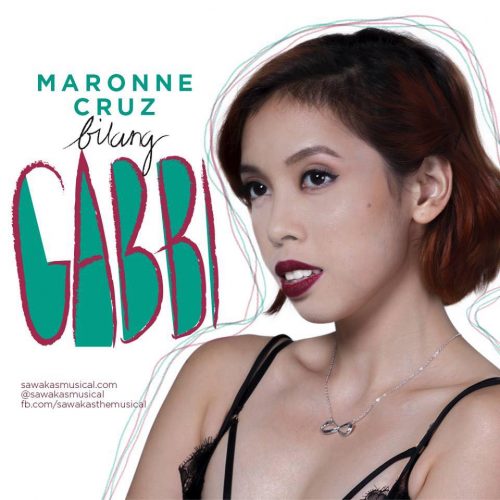 CARA: I guess the most important thing Lexi showed me is that communication between partners is very important. She does serve as a role model. She’s a very strong woman. Career and goal oriented. Go-getter. And there are so many things you can take away from the musical. One of the most significant ones for me is the importance of time. Time waits for no one. Time heals. Life continues no matter what.

MARONNE: I would say I’ve learned a lot from Gabbi. There are the obvious things, like Gabbi’s successful drive to make a career out of her passion & uplift the arts scene in her homeland, which I feel more people should do in the Philippines. She knows what she deserves, she knows to ask for it, and knows when enough is enough. She taught me more about knowing my own worth and protecting my heart. My main takeaway here is that time creates, destroys, and heals anew based on the things we value and the choices we make as it passes.

I’m sure you’ve been asked this many times, but what’s keeping you in musical theater?

CARA: Once I started, I knew I was never going to stop. There are so many elements that keep me doing what I do. The teamwork in creating a show. The discipline it teaches you. The fulfillment of finishing a show. The ability to tell a story and touch people’s hearts. I love it. I love everything about it.

MARONNE: It’s just a part of my life at this point. I do, however, believe in the education and transformative power of witnessing a story unfold with all your senses. And I love being an agent for that change, that inspiration that I love getting myself.

I love telling a story, communicating an important lesson, making people happy—theatre is currently the only way I really know how. Plus I believe that theatre is badass, and is one of the places where you can see all art forms come together. To make one beautiful story come to life, and to see that this story can educate and change people for the good. That is why I keep going.

I want to know what are your thoughts on Broadway vs. the local scene you’re part of—when it comes to the industry, challenges, biases?

CARA: I think Broadway is great! It would be great if I ended up there, but it’s not something I’m dying to do. They’re very advanced when it comes to a lot of things. Production wise I think they have more budget for technicalities. Local theatre though—we have so many talented Filipinos: actors, musicians, directors, costume designers, etc.

One challenge we definitely face is the number of people watching the shows. People are more drawn to spending money, a lot of it, for the international productions that come in. That’s not really a problem, but imagine if they also spent a portion of that to support local theatre. It’s also an ongoing challenge to educate the majority about how essential theatre can be for everyone.

MARONNE: Apples and oranges. The cultures are different and so the heartbeats are different. But the objectives are the same. Local theatre isn’t as technologically advanced or as massively supported as Broadway or West End, but I believe that we’re definitely just as amazing (if not more amazing) in terms of imagination, heart, and talent. There are a rawness and purity the to local theatre that I find so authentically beautiful, but I admire Broadway’s finesse just as much, and you find those different qualities in both scenes anyways. I do dream of doing Broadway, but equally I dream of the Filipino theatre scene thriving.

How have you changed or grown as time passed? What have you learned in this process?

CARA: I learned that not everyone gets to do what they love to do as a living. I learned that I love touching people’s lives through a medium that I am knowledgeable about. I learned that the easiest way to get a message across is through art. Art is somehow a universal language that people accept easily, with an open heart. In a way it is an escape from reality that nourishes you with a learning without you  even knowing.

MARONNE: When going for the dream, hard work and smart work pays off. There are so many things that are much bigger than myself and my immediate world. There are so many important stories that need to be told. Understanding someone’s story before casting judgment is vital. Art does not exist in a bubble; it is entertaining, yes, but there’s always a lesson there because art always reacts to & reflects something about mankind, about our world.

These two ladies introduced a new generation and present fresh and distinct talents. Getting to see what it’s like when they take center stage, seeing the fierce bond between them makes it clear that they, and women in general, can be many shows’ major weapons.

This time the Philippines’ landmark theater production company, Fringe MNL, really brought together a groundbreaking show. Give some love if you’re in Manila and catch Cara Barredo in the production of Rapunzel this coming September, and Miong in February. Meanwhile, Maronne Cruz joins the cast of Sara Bareilles’s Waitress: The Musical opening this November plus currently in Ang Huling El Bimbo running this July.

And if you want something else, the playbill is full.