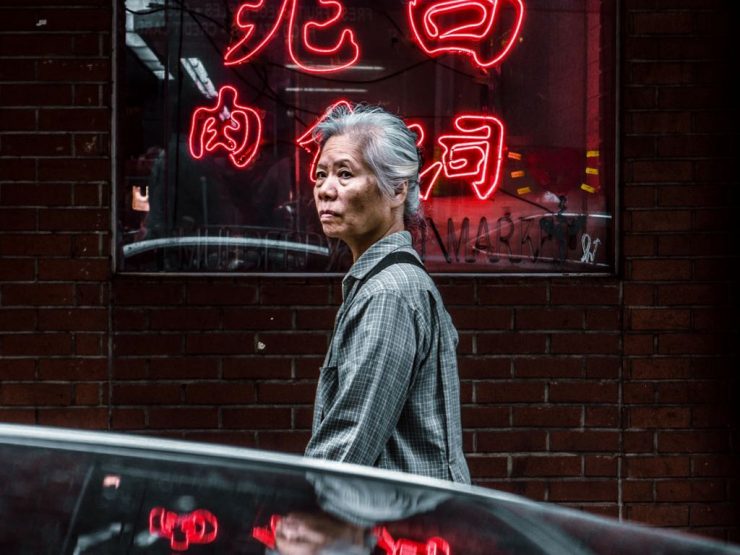 “A Thousand Talents: China’s Campaign to Infiltrate and Exploit US Academia,” was the original name of the US Border Security and Immigration Senate Subcommittee hearing held at the beginning of Immigrant Heritage Month.

Before June 6th it was changed to the less offensive “Student Visa Integrity: Protecting Educational Opportunity and National Security.” Congresswoman Judy Chu, the first Chinese American elected to Congress, was invited by Senator Durbin to testify about concerns from the Chinese American community. But for the first time in two decades, a member’s request to testify was denied. This is the latest example of discriminatory policies and rhetoric meant to single out all Chinese students, professors, and employees as potential spies for China.

Before losing the Republican primary for West Virginia’s Senate, Don Blankenship, a former coal company executive, accused Senate majority leader Mitch McConnell of having a “conflict of interest” because his “father-in-law is a wealthy China-person.” Once convicted of violating federal mine safety standards that led to twenty-nine workers’ deaths in 2010, he made headlines again for running xenophobic campaign ads that sealed his defeat.

Many took offense at Blankenship’s suggestion that McConnell, married to US Secretary of Transportation Elaine Chao, would give American jobs to “China people” due to his spouse’s ethnic background. Rep. Judy Chu tweeted, “…anti-Asian bigotry has no place in America and we must be vigilant of the consequences of using xenophobia to win elections.” 22-year-old Jiemin Liang, a concerned International Relations student, said, “The fact that someone running for Senate can casually say that in public proves that this view is not only acceptable, but popular. Who knows how many other people think like this privately?”

Blankenship, who once declared himself “Trumpier than Trump,” reflects the President’s own hypocrisy. After accusing China of economically “raping” the American people under his “America First” campaign platform, Trump decided to bail out Chinese telecom ZTE to save “jobs in China.” On the other hand, he revived investment restrictions and steep tariffs on around $50 billion of Chinese imports most recently. Trump-appointed FBI chief Christopher Wray expressed similar economic anxiety months ago, when he officially declared China a “whole-of-society threat,” that requires “a whole-of-society response by us.”

Anti-Chinese policy doesn’t only affect foreigners. A study conducted in 2016 and publicized by the Chinese-American organization Committee of 100, found that Asian Americans are the most likely minority group to be falsely accused of espionage, and receive sentences over twice as long as defendants with Western last names.

Decades ago Americans viewed themselves as superior to Chinese people, but now that China is outperforming America in fields like science and technology, Americans “blame foreigners, specifically Asians, for taking jobs and draining American resources,” reasoned Charles Leong, 33. For Chinese-Americans?  “We are viewed as threats even if we have zero ties to China.”

Just weeks ago, the Congressional Asian Pacific American Caucus (CAPAC) called for an independent investigation to scrutinize how the Department of Commerce handled hydrologist Sherry Chen’s case. Chen was falsely accused of espionage for the Chinese government in 2015. Though the charges were eventually dropped, it took three years for her to win back her job at the National Weather Service via court order.

“Sinophobia feels pretty real,” said Alexis Lee, 28. Having lived in Los Angeles nearly all her life, she was surprised when a man shouted, “f*cking China people!” at her on the street for the first time this year. She believes the problem is systemic, and said it reminded her of McCarthyism and Japanese internment camps.

In 1942 Japanese Americans were forced from their homes and jobs and relocated to these camps, while their assets were seized by the American government. Because Japanese internment was ruled constitutional by the Supreme Court, there is legal precedent for mass incarceration based on racial discrimination, and some fear the same could happen to Chinese Americans.

“We cannot have every Chinese student or scientist assumed guilty until proven innocent of a national security threat … top-notch intelligence agencies have better tools to rely on than racially profiling every Chinese person coming to America,” said John C. Yang, the president and executive director of Asian Americans Advancing Justice (AAJC), a non-profit organization that aims to ensure civil rights for Asian Americans.

The AAJC published an open letter co-signed by 14 Asian American civil rights groups to Wray last March, asking him to meet with community representatives to further discuss the potential dangers of his plans for Chinese Americans. Three months later, the FBI Chief has still not agreed to any meeting.