Korean professor, Jeon Gail, reveals why she didn’t have a voice in her own childbirth 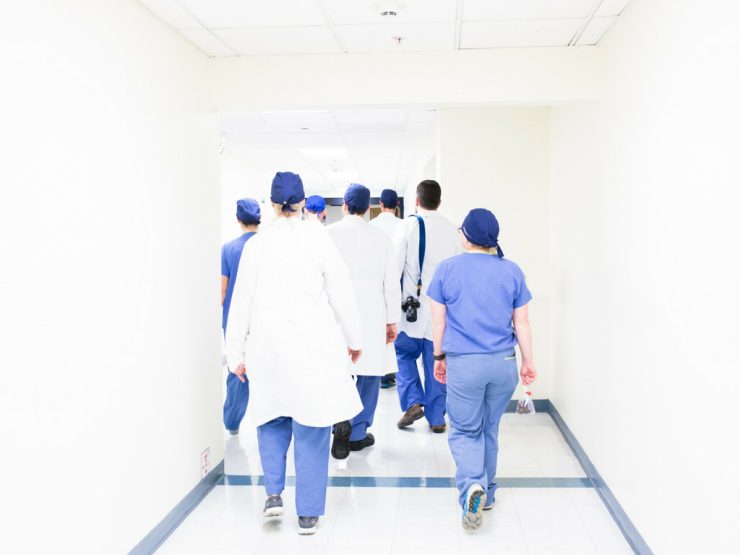 Despite the long history of the movement for women’s autonomy during pregnancy and childbirth, which started in the West, the medicalization of childbirth in Korea has continued in recent decades. Today more South Korean women are raising their voices to reclaim their experiences of pregnancy and giving birth.

Professor Jeon Gail at the Yonsei University’s Institute for Educational Research recently wrote a book about her preterm childbirth experience, which she experienced in Korea seven years ago.

It was an experience full of “shame and violence,” Jeon said during our interview by phone.

In the 32nd week of her pregnancy, her water broke unexpectedly in the middle of the night and she had to be taken to the nearest hospital by ambulance. As her husband was away on a business trip, she and her firstborn daughter arrived at a different hospital than the one where her obstetrician worked. Here’s how she recounts the night in her book.

I’m lying half naked in a gynecological examination chair. Under the bright fluorescent light, it feels eerie. A nurse tells me that a doctor will come in once he’s done with a surgery.

Amniotic fluid is still coming down between my legs. It is very cold in the hospital. I feel the coldness running down from top of my head to my spine. The doctor is not in sight. Only nurses come and go in a hurry, cleaning the blood-soaked hospital bed sheets across the room.

As I wait longer, my heart beats faster. I’m scared. I feel the baby inside of me moving. My daughter, frightened and alone, is waiting outside in the hallway. There’s nobody who consoles me, who can tell me how my daughter is, or who informs me what’s going to happen next. There’s nothing to cover my bottom. Cold air seeps into my body and mind.

What’s supposed to be the most precious experience of my life began with fear, terror and loneliness.

Unwelcome person in my own lifetime event

Jeon’s “nightmare” birthing experience started with a rejection from her first choice obstetrician as the hospital did not have enough intensive care units for premature babies.

In South Korea, the number of hospitals with neonatal intensive care units (NICU) plummeted to 89 in 2012, from 143 in 2005, mainly for profit reasons, Jeon wrote.

Although somewhat expected, it hit her personally, as the financing of medical institutions has shaped the current childbirth system and the experiences of birthing women in Korea.

“From the moment of my pregnancy, the medical professionals charged me for all the extra check-ups as I was labeled a high-risk pregnancy, and now they turned me away before the delivery, because the NICU is not profitable for them. … The medical system refused to take any responsibility for me. I was not a person to them, like a relative or an old friend. To them, I was just another medical consumer.”

It continued in the process of delivery, where Jeon felt her rights as a woman were stripped off by the attending surgeon and resident doctors, who would make all medical decisions without consulting her.

From the day I was hospitalized to going into surgery for a cesarean section, the medical staff never once asked for my opinion. All they asked me was about my records, my previous birth history, and my ID information. Not to mention anything about the surgery: I was never consulted about the timing of the surgery, what type of anesthesia to have, or who would be the operating surgeon … I never saw the face of my surgeon until going into the surgery room. I was able to barely meet his eyes from the surgery bed, they were already in scrubs and mask.

In the logic of following the medical protocols as premature birth is a risky and emergency procedure, I was completely shut out from the decision making that my life and my baby’s life depended on. The medical staff wanted me to leave everything to “the experts.” I was the most unwelcome person in my own lifetime event.

It was about the power dynamic between the Obstetrics and Gynecology professionals, with their medical science degrees, and a pregnant woman treated as a patient.

A good example of a medical intervention that does not take the birthing mother into account is what is infamously known among Korean moms as “the three shameful [things] set menu” at the OB-GYN. The must-have procedures before delivery include episiotomy, the surgical incision made to enlarge woman’s vaginal opening, enemas, and perineal shaving.

Although these practices were performed in the US and some European countries over 20 years ago, especially episiotomies were performed on anything from 30 to 65 percent of vaginal births, their use has consistently declined as no reliable evidence of maternal benefits has been found, according to the Taiwanese Journal of Obstetrics and Gynecology. Nevertheless, it is still widely practiced in Korea as well as other Asian countries.

“It is one of those protocols at OB-GYN that are made from the perspective of the physicians, not the birthing mothers.”

Jeon raised the question, whether only scientific knowledge should matter in a childbirth, as that was clearly the case in her medicalized birth experience.

“I heard stories from my mother, aunt, and grandmother about their birth experiences. Historically women have gained knowledge about pregnancy, birth, and child rearing from other women around them. This knowledge and wisdom passed through from generations of women is an invaluable asset to a humanity.”

Of course, one can ask what if women choose to take charge of their pregnancy and decide to have a natural birth such as a home delivery or at a birthing center with midwives. However, ever since medical intervention during pregnancy and delivery grew to become customary, natural birth options have been reduced to status symbols.

Even as late as the mid 1970s, three out of five Korean women gave birth at home. But three decades later over 99% of Korean women delivered their babies in the hospital, according to a 2015 report by the Korea Institute for Health and Social Affairs.

This is partly because it has become the most affordable way to give birth under the national healthcare plan. The average expense of a hospital birth in Korea is about 2.5 million won (about $2,500), and for another month after birth a new mother can choose to stay at a postpartum care center, which costs double that. Affording a midwife or doula is an additional expense.

Jeon also gave up on the postpartum care service for financial reasons.

Before she wrapped up her last chapter with her criticism of medicalized childbirth in Korea, she wanted to give a message to expecting women.

“It is a mother’s instinct to put her baby before herself, but just as we talk about the dignity of a dying person, I would like to tell women to claim their right and dignity as a human and more than a body that delivers a baby. Childbirth is the most intense and meaningful experience of a lifetime for everyone, and women should be able to seek options and opportunities to make that into their own experience, too.”