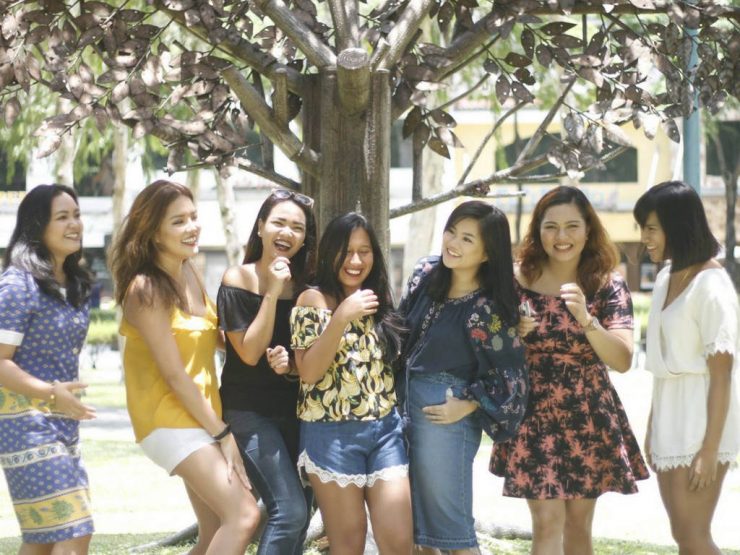 It all began when one woman suffering a chronic disease founded ‘Woman, Create’ (“WC”), an arts-driven platform that empowers and engages Filipina women through art, creative living, and discussing women-related issues. Manila-based graphic and layout designer Marika Callangan created WC to reach out to struggling women and use art to connect them.

‘365 Wonders’, her biggest production for WC, sets out to gather women from all walks of life and plot their narratives in an extensive catalogue of the community and raise the value of its creators. Its touching stories have captured the hearts of readers and this year 365 Wonders returns for its 4th installment. WC calls on the community to participate and help make daily, feminist wonders. Art, poetry, photographs, and any other creative work that involves ‘women for women by women’.

WC’s ‘Feminist Book Club’ also made its comeback in May. The Feminist Book Club is a WC gathering for women that engages them in profound and enlightening conversations. In this club women share how they can make this world more gender equal and, ultimately, how they can each take the next step in the journey to becoming truly empowered women. They learn together in the truest form of a girl group.

April Magazine had a one-on-one conversation with WC’s creator Marika Callangan after the revival of both projects. Below are excerpts from the interview.

On the birth of ‘Woman, Create’

Can you take us on a brief journey how Woman, Create started?

Marika: Woman, Create started four years ago when I was grappling with a diagnosis of endometriosis, a chronic disease caused by a disorder in the uterus. It may be a cause of infertility, which struck me back then. I used to believe that my value, my greatest dream and my end goal in life would rest in my ability to have babies. Various fears crippled me back then, such as what man who want such a problematic, sick person, and wrestling with what my value was. This plunged me into a deep, soul-paralyzing depression until one day, Art found its way to me, and I used that as a channel to express and tell my story.

It also struck me that I was not the only woman who questioned her self-worth and value due to circumstances. I realized that many other women locked themselves in their own rooms, telling themselves that they were worth nothing. And I just wanted to do something about it. I wanted to open a space where this could be done, where people could come in and feel that someone understood, and maybe their mindset would change. It came to me that Art was a means to connect and share our stories as women, and in that form of sharing, shards of hope could be found.

On what it takes to launch it

You’ve already built a safe space for women to share art and tell stories, but what do you think is your best contribution to humanity in doing this?

Marika: Art. Empathy. Connection. Telling people that they matter and encouraging people to rise up above their current circumstances. Some of the young women I’ve come to meet along the way have begun their own movements for various causes, using creativity as their agent to build their platforms. Imagine a world if we could raise the youth and the ones who felt they were nothing into becoming leaders in the sectors they felt most attached to. That’s the kind of contribution I want to continue bringing into this world.

What’s your favorite story that you’ve read and hosted on 365 so far? One that hit you most.

Marika: There is so much art and writing to go through. Perhaps it is not the actual entry, but how the entry was given.

During my first year of 365 Wonders, a large group of contributors submitted their works with email content detailing about how they too felt they had no value, and so, maybe their art was of no value, but all the same, they saw my post and gathered their courage and submitted. I felt that. Letters of vulnerability and of bravery. These are all private mails, by the way. Everything behind the scenes, behind the artworks. I felt humbled by the privilege to be told such intimate things by strangers I’ll never meet. These are the parts of the story that are never told or seen out in the open, but they are shared anyway, and they mean as much, too.

Today, people are more confident, and I’m just grateful that this book was able to help in some little way, to allow courage to take place, and for people to participate in sharing that courage through their work. 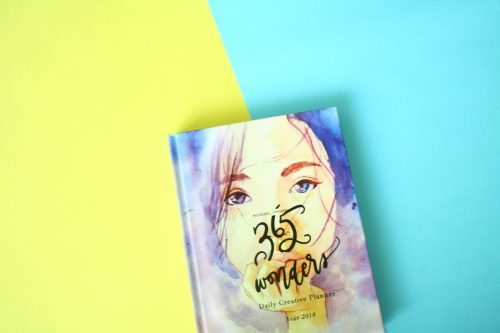 On the project’s impact

I’m curious, how were you able to entice people to share their vulnerabilities and their weaknesses?

Marika: I allowed myself to be vulnerable first. That wasn’t easy either. I think people saw my growth from seeing myself as a nobody with endometriosis to transforming into someone even I had never imagined I could ever be.

You’ve also created a book club out of your community. Why do you continue the work? And what are you looking forward to come out of this group?

Marika: While this initially started as an art / creative platform, my heart was for speaking about women issues. Advocating feminism. I wanted to raise feminist issues and I wanted us to grapple with the questions together. Figure it out a little and take the next step in our daily lives about it. Today, I hope we can make the group bigger, and I hope to raise leaders in the core group that started last year. I hope we can be more aggressive in putting out these issues for women who need to hear them and learn from them.

On your future endeavors

What is your message to women, especially those planning to start similar projects? Like building a group for progress.

Marika: So, I’ve seen many of the women I’ve encountered build their own movements and grow their own art, and it’s just amazing to see. It never really sinks in that I helped inspire them in a way. So here’s my message: You are more than the situations, the failures, and the brokenness they say defines you. Once I used to think that failure was what defined me. Now, I can say that failure is only what makes part of the story, and that you are charged and made to be more, that you are made to be artists of your own stories. So go out there, and make stories that are meant to be heard.

Marika sits at the heart of these works and stories she receives, focusing and bonding, which creates a connection between her and the artists, but also between the community and its audience. ‘There’s that need to connect. The yearning for Hope,’ she tells us.

This is how Woman, Create started, but it has evolved since to become a contributor to the local Philippine art scene and an active voice for women, using Art as the platform to share their stories.

The 365 Wonders and Feminist Book Club projects engage the community to raise its voices with brush and pen, and share them with the world as we inch our way towards true progress. We should all give it a try.