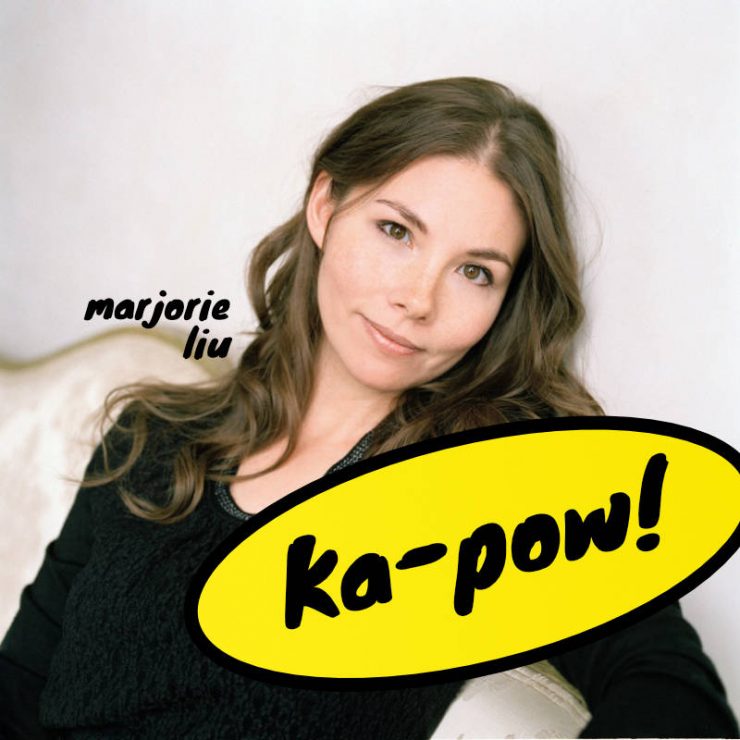 The Asian-American author of Monstress, Marjorie Liu, became the first woman ever to win the prestigious Eisner Award

She becomes the only woman in the 30-year history of the Eisner awards to win a Best Writer award. Her series, Monstress, highlights women and non-white characters. In her words

“Monstress is my response to and a product of my frustration with being bombarded by stories I’m told I should be grateful for. Like when we see TV shows where there are like a million white people and one Chinese woman, if we’re lucky,” she said in an interview for the Atlantic last September, “It’s a lie of white supremacy—the visual lie that tells us our heroes, our stories, our love lives, and everything that we aspire to, everything that is heroic and romantic, is white. Being surrounded by that, I think, really deforms the imagination, and it deforms the heart as well.”

We think that’s just wonderful, and can’t wait to read the rest of her series!

In this work she offers an unflinching, realistic depiction of delta life from the perspective of a young girl. The author faces down the dark side of the bucolic delta, from prostitution to rape.

A University of Hong Kong Public Opinion Programme poll asking 502 Hongkongers how they feel about different governments, put Singapore at first place as the best running government. What seems to have clinched public opinion was the mix of competitiveness, innovation, education, and livability—not least the affordability of housing.

We suspect housing might be the clincher in this case of city-state-envy.

A number of large cosmetic brands have dropped Kuwaiti social media influencer Sondos Alqattan after she went on a rant, complaining about a new Kuwaiti law that allows overseas Filipino domestic workers to keep their passports and have days off.