Drama Review: Korean drama ‘Because This Is My First Life’ 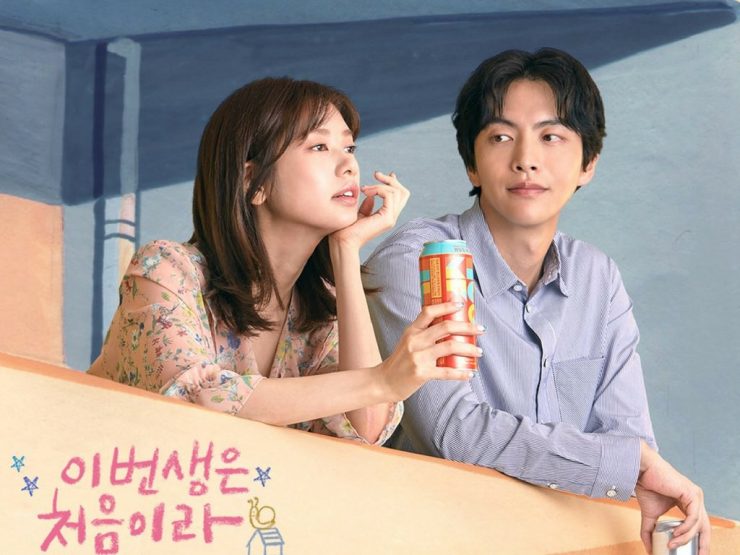 Why women in their early 30s will absolutely love it

“Because this is my first life (이번 생은 처음이라)” aired back in 2017 and although it’s not as mainstream as “Descendants of the Sun (태양의 후예)” or “A Korean Odyssey (화유기)”, it’s a drama worth every second of your time. Believe me, I have watched tons since I got hooked in this whole K-Drama wave back in 2005 (Thanks, Full House). It is a refreshing take on the usual setup of Korean dramas.

The story revolves around two main characters, Yoon Ji Ho (Jung So Min) and Nam Se Hee (Lee Min Ki), and how their lives intertwined through the house they ‘accidentally’ shared. Ji Ho is a 30-year-old struggling writer who does not have a house of her own while Se Hee is a single man in his early 30s who is working in a startup company in order to pay for his house. As Se Hee struggles to pay for his mortgage alone, in a series of misunderstandings and funny twists, Ji Ho ended up living with Se Hee as a roommate, with neither of them initially having any idea who the other one is!

“Because this is my first life” is a modern romantic comedy-drama. I know, you’re probably thinking—“romantic comedy? What’s new to that?!” Well, it still has that usual funny and romantic note that we all love in K-Dramas but it’s not your typical rom-com plot at all. Surprisingly, this drama tackles very real issues without being too aggressive about it. As I went along with every episode, I remember nodding a hundred times saying, “Me too, Ji Ho, me too.”

Ji Ho has one dream and that is to become a successful writer. While she attended Seoul National University, the most prestigious university in South Korea, this wasn’t enough to lead her to bigger opportunities. She ended up being stuck as an assistant writer—the one in-charge of writing sub-lines and sneaking product placements all throughout the show. She’s determined to work harder to reach her career goals but just like what many of us experience, things do not always go her way. In one episode, Ji Ho encounters a horrifying incident with a previous co-worker which pushed her to leave the writing industry. As she subconsciously walks back to Se Hee’s house after the incident, she uttered words that truly struck me.

That line sounds too familiar, doesn’t it? Ji Ho had her dark times and she even reached a point where she’s not even sure what her goals are anymore. But what I really admire about her character is her unyielding determination to carry on, even if that means putting her dreams on a short pause.

It does not have the “perfect” prince-like male lead

Nam Se Hee is a character that draws a lot of mystery. In most episodes, it is Ji Ho who narrates the story and therefore we see the circumstances via her perspective. But in episodes 11 and 12, Se Hee takes it from his own narrative, giving the viewers an understanding of how real he is. I have to admit, his cold and unfiltered character is oddly charming, but he’s just like all of us. He pays the bills, he works hard, and he has his own bitter struggles that constantly haunt him. He’s not the ‘perfect’ male lead as opposed to typical K-dramas where the guy is dreamy and perfect in every way.

Dealing with Workplace Sexism and Harassment

What I love about this drama is that, while the main characters share a very exciting plot, the stories surrounding the supporting characters are worth watching as well. One of Ji Ho’s friends, Soo Ji (Lee Som) can easily be your favorite character. She’s smart, strong and has a very promising corporate career that pays extremely well. At first glance, she seems to be living the life every woman in her 30s dreams of living.

However, Soo Ji constantly struggles with sexism in a corporate environment predominantly controlled by men. One male co-worker, who is also a married man, even stirred up nasty rumors about her personal choice of not wearing a bra—a situation that causes her extreme stress. Her everyday ordeal against misogyny is alarming but sadly, it’s true to the core. Did Soo Ji stand up to her workplace bullies? You have to watch the drama to find out! Mini spoiler: Those scenes are pretty badass!

Another character angle that will truly hit you in the feels is the love story of Ho Rang (Kim Ga Eun) and Won Seok (Kim Min Suk). The couple has been living together for seven years, and while it is apparent that both love each other very much, it seems like Won Seok can’t take the relationship to the next level—marriage. Despite Ho Rang’s persistent signals expressing her desire to marry, Won Seok does not fully understand the weight of his partner’s issue. I’m pretty sure a lot of couples can relate to these two as they perfectly sketch the hardships of understanding each other completely despite being together for years. Their relationship takes a very reasonable and relatable resolution so I strongly suggest you keep an eye on their story if you share the same long-term relationship sentiments.

“Because this is my first life” is a very entertaining piece of work—from its artistic cinematography and soothing indie soundtrack, to its amazing cast. Putting entertainment aside, it’s a Korean drama filled with beautiful life lessons that we can all relate to in our personal experiences. Being an adult does not excuse us from making constant mistakes, failures, and heartaches. To face these difficulties is okay, because just like Nam Se Hee says, “Going through this life is the first time for all of us anyway.”