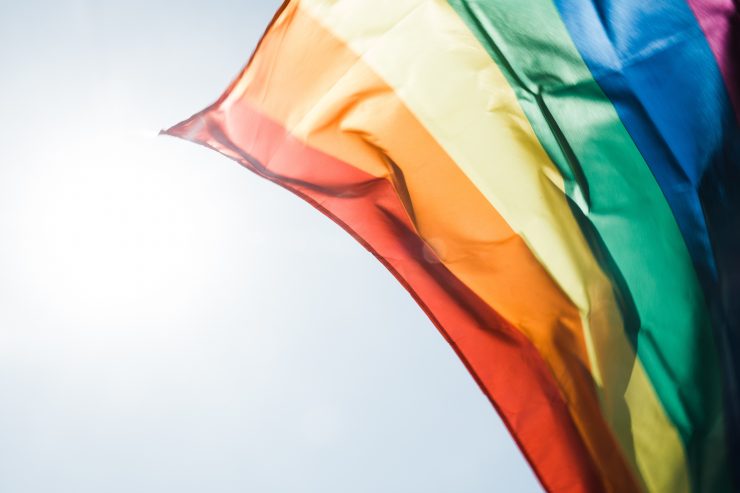 LGBT rights slammed in Malaysia in an ongoing debate over religion versus human rights.

Malaysia’s Pahang mufti Abdul Rahman Osman said in a media release a few days ago that there should be no compromise with the lesbian, gay, bisexual and transgender communities as they are a violation of Islamic law. He said, “this group is cursed by God and those who support the wrongdoings are equally sinning, why do we want to accept and be with them? There is no issue of compromise to allow the LGBT behaviour and actions which are clearly destructive to themselves, religion and society.”

Last week, the Malaysian government received a substantial amount of backlash after the Minister of Islamic affairs Mujahid Yusof Rawa asked the director of George Town Festival to remove the portraits of two LGBT activists, Nisha Ayub and Pang Khee Teik, from an exhibition. As a transgender woman Ms Ayub said to the media, “a lot of the community out there, especially trans women, they’re exposed to a lot of violence. We should be able to live with dignity and personal freedoms.”

New Strait Times reports that authorities in Malaysia often take a negative view of homosexuality, and the country has retained its colonial-era ban on sodomy. In the light of this, Ms Ayub has said in a recent Facebook post, “they can burn or throw away my picture but they cannot take my love to my country. I may be transgender, but I’m just a Malaysian [who] has family, friends, that always has hope for a more inclusive Malaysia.”

Yesterday, a South Korean woman was charged with a rare jail term for secretly photographing a male nude model, sparking controversy over existing double standards in the country. The 20-year-old woman was a nude model and was sentenced to 10 months in prison for photographing her male counterpart at a Seoul art college and sharing it on the Internet in May.

This follows the growing epidemic of spycam pornography in South Korea, where men secretly film women in public spaces, including toilets, changing rooms, schools and offices and upload it online. According to official statistics, 98 percent of offenders are men, while more than 80 percent of victims are women. Now activists are questioning why authorities reacted so swiftly to the case. Head of the Korea Cyber Sexual Violence civic group Seo Seung-hui said, “we rarely saw them act so quickly for countless cases in which victims were female.” Activists are now questioning whether this is a reflection of the country’s deeply ingrained patriarchal values and a blatant example of double standards.

Racist comments made by Boris Johnson in UK denouncing Muslim women and their rights to wear burkas.

The former UK Foreign Secretary Boris Johnson faces a possible breach of conduct after he said in an article women in burkas looked like “letter boxes” or “bank robbers”. This was followed by UK Independence Party politician Gareth Bennett’s comments on women wearing the veil as “apparitions of pre-medieval culture”.

More than a hundred Muslim women who wear the niqab or burka have now signed a letter to Mr Lewis, calling on for an independent inquiry into Islamophobia in the UKIP party. In the letter to Prime Minister Theresa May, assistant secretary general of Muslim Council of Britain Miqdaad Versi said, “We are hopeful that the party will not allow any whitewashing of this specific inquiry currently in process. No one should be allowed to victimise minorities with impunity.”

A protestor in UXbridge Azmat Parveen said Mr Johnson’s comments were “painful”. “This is a way of life, I want to choose this way and somebody remarks on it, I can’t bear it, it is very, very rude,” she said. An all time high of anti-Muslim attacks and incidents of abuse were reported last year in the country, with women disproportionately targeted by mostly male teenage perpetrators.

Are the new plastic straw bans implemented by major corporates harmful and ableist?

While major global corporations such as Starbucks, McDonalds, Walt Disney World, SeaWorld Entertainment and Hilton have announced this year that they will be banning or aiming to eliminate single use plastic straws in the near future. This has sparked controversy for the disbility community as individuals argue this is an abelist move.

While straws represent independence for some disabled people who are unable to drink on their own, others need a straw even when drinking with assistance because of hand tremors, limited muscle control, or other issues, Writer S.E. Smith said in an article in July. Although there are alternatives to plastic such as glass, metal, silicone, and paper, there are concerns about their practicality and usability. She said, “the idea that disabled people are taking up space and resources they don’t deserve feeds the vitriol aimed at those who voice concerns about inclusivity and zero/low-waste causes.” Perhaps there is a more inclusive way to be environmentally friendly?