British-Asian, Alissa Anne Jeun Yi, stands up to the prejudice at the Edinburgh Fringe 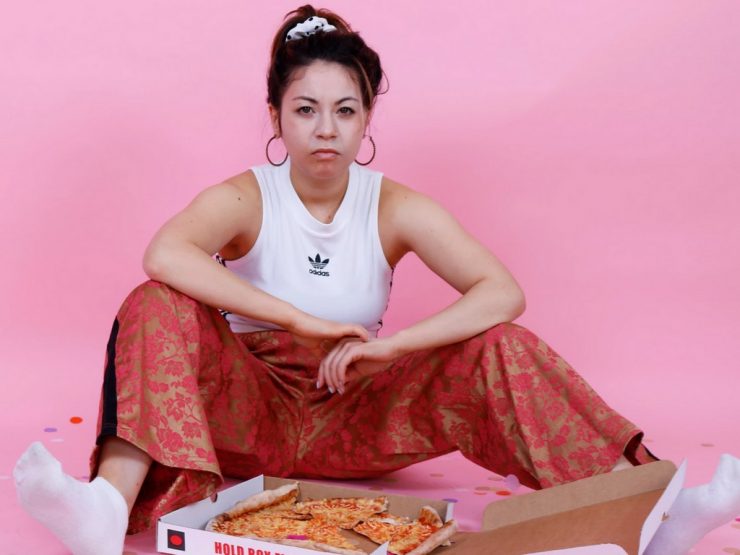 Growing up in the UK, who has never felt embarrassed by their Asian heritage during their younger days? I practically hated the fact that I was brought up with an Asian culture. Not having the typical Caucasian look sets you apart from others, which in turn, instills a feeling of insecurity and desperation to fit in a predominantly English environment. What worse is the inexplicable feeling of rejection and loneliness from having no one to vent out my grouses, partly because it will corner me into a vulnerable spot. Mixed in the delicate ego and unending shame, and Voila! you get a full-fledged introvert.

These days, however, we have a string of constant debates on Asian stereotypes being discussed on YouTube channels, TedTalks, books, and blogs, a majority of which initiated by Asian-Americans themselves. We cannot deny the superpower of the American media industry (after all, only American politics are being televised internationally). These Asian-Americans aren’t the type to shy away from issues and instead take full advantage by playing an active role in any platform of a debate. This leads us to the question: What place does a British-Asian have in the media industry without being pigeonholed into an Asian-specific only category? Zilch. Zero. Nada.

That is why Alissa Anne Jeun Yi is special.

Writer, performer and comedian, Alissa who hails from Kent, is the offspring of a Chinese immigrant mother and an English father. Her recent work, Love Songs, is a romantic comedy stage performance which follows her extensive journey of self-discovery into womanhood as a British-born Chinese. “It’s important to recognize that I have a level of privilege and I have a positivity I want to share,” stressed Alissa.

Growing up, she has always struggled, trying to balance between two conflicting cultural values: the individualistic, be-yourself Western standards versus the Eastern family-oriented traditions. She also grappled with the image of being the classic petite-fragile-and-cute Asian girl. This typecast further led to an expected sexualization of her Asian ‘charms’.

Despite the paradoxical challenges, Alissa confessed, “Subconsciously, I’ve also played the perpetrator role by using these stereotypes as an advantage to flirt, where it all seems harmless, but it can escalate into something damaging.”

In many parts of the world, Asian women are still being sexually objectified, whether or not it involves a positive or a negative spin. “Subservient, kinky, exotic”. These unrealistic expectations unconsciously give rise to the term ‘Asian fetishism’ and reinforce misconceptions, especially in the West, that Asian women are sexually and readily available to men.

“For me, Love Songs grew out of wanting to do two key things: to add to the debate around sexual assault, and to create more representation for British-Asian women on stage. I feel it’s important to tell my story because it can help those who haven’t experienced something like this to understand what it’s like and for those who can identify personally with the issues. I want both the people who have experienced assault and Chinese women to see themselves represented in an honest, positive, empowering way that avoids the typical, two-dimensional stereotypes that both I and others are getting tired of,” Alissa explained.

Alissa used to study law to become a humanitarian lawyer. However, she belatedly found out that she was of better use in the creative arts. To others, the decision to defer a humanitarian law career in pursuit of arts-cum-comedy may seem like a good opportunity wasted away; but it’s her own unique way of making a difference. Through her artistic outlet, she has inadvertently created a platform that gives all British-Asian women a chance to voice out their identity crises, to vent out their frustrations over Asian-related stigmas, and to quash the stereotyping and hyper-sexualization connected to the so-called ‘yellow fever’.

“We need more Asian role models in art. Our culture is so reliant on being inspired by others and seeing yourself represented. If no one steps forward, nothing is going to change. The message of the show is to be confident of who you are in yourself and make sure your choices in life aren’t defined by what you’ve been and what you should want but what you want.”

So, why did she choose this specific path? Love Songs is a one-woman show mixing music, rap, and spoken word. She puts herself out there in many forms.

Simply because she fervently believes in the power of the media. Alissa further elaborated, “Being involved in an industry that’s very active and interested in current debates has made me more empowered as a person. Instead of going along with the trend, namely big brands doing campaigns like mixed race models and non-gender binding models, why not have those values and create more diversities.”

Sooner than expected, we might be able to see a paradigm shift in the British media industry as long as we have people like Alissa Anne Jeun Yi out there, not afraid to be the wind of change.

You can catch Alissa Anne Jeun Yi performing Love Songs in Edinburgh Fringe from 2nd to 26th of August. For more information and to book her show, see here.