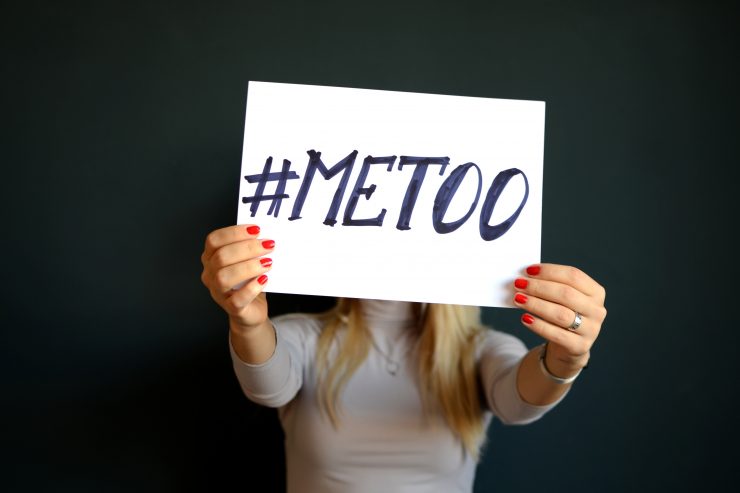 Amidst growing #MeToo revelations in the corporate world, former CEO Greg Blatt of popular dating app Tinder has recently been accused of sexually harassing the company’s vice president of marketing and communications Rosette Pambakian. A $2 billion lawsuit was filed against the parent company IAC/InterActiveCorp last week. According to the suit, Ms Pambakian was sexually harassed by Mr Blatt at a company party celebrating his promotion to CEO in 2016. Disturbingly Mr Blatt had allegedly said to her, “I get hard every time I look at you,” this was followed by kissing and groping against her consent.

Ms Pambakian has since spoken to media outlets and brought up the inequality facing woman that speak out against the issue. “Why is it that the men responsible for this type of behaviour are allowed to quietly resign with a hefty severance package while no one is the wiser? Why are they being protected while I fear for my future and reputation for blowing the whistle?,” she said. “Why should I be the one to leave my job that I love when I did nothing wrong?” she also said.

A 14-year-old girl was raped by Hong Kong policeman who was on bail for two other sex assault allegations.

The detective constable was formerly attached to the Narcotics Bureau and had recently been suspended over sexual assault allegations. While on bail, the 32-year-old was arrested again for allegedly raping a 14-year-old girl in the stairwell of a high-rise building in Hong Kong’s Lan Kwai Fong district.

The incident has deepened concerns that the Hong Kong police force, which has been regarded as “Asia’s finest” for decades, is facing an integrity crisis, the recent case bringing the total number of arrests this year involving officers to an alarming 30.

Dozens killed by Indonesian police in clean up campaign for Asian Games.

According to Amnesty International reports, more than 30 people have been killed in Indonesia as part of a campaign to crackdown against petty criminals ahead of the Asian Games. From January to August this year, 31 people were fatally shot by police as part of a “clean up” leading to the international sports event, a further 77 people were killed across the whole of Indonesia in the same period.

However, despite all the criticism Indonesia’s national police chief Tito Karniavan confirmed in late July the policy will not be withdrawn. He said, “if they fight the officers during the arrest then have no doubt, just shoot them.”

Indonesian-Chinese broadcaster Lee Lin Chin has resigned from Australia’s public broadcasting network SBS after being the face of Asian representation on national news for over 30 years. Ms Chin, who has been renowned for presenting SBS World News for the last three decades, is also known for being one of the most fashion-forward news presenters in the industry.

On social media, Australians have thanked the broadcaster for the impact she had on their lives. Chef Adam Liaw said on twitter, “Lee Lin Chin has been an inspiration. Unflappable, professional and talented she broke the mould of what you needed to look, act and sound like to be on Australian TV. For most of her more than 30 years at SBS she’s been the only regular Asian face on our screens.” While another fan, Isaiah Thomas Jimeno said the presenter inspired him as a fellow Asian, “[Lee Lin Chin] give Asians hope that yes we can be in an industry where not many Asians are present.”