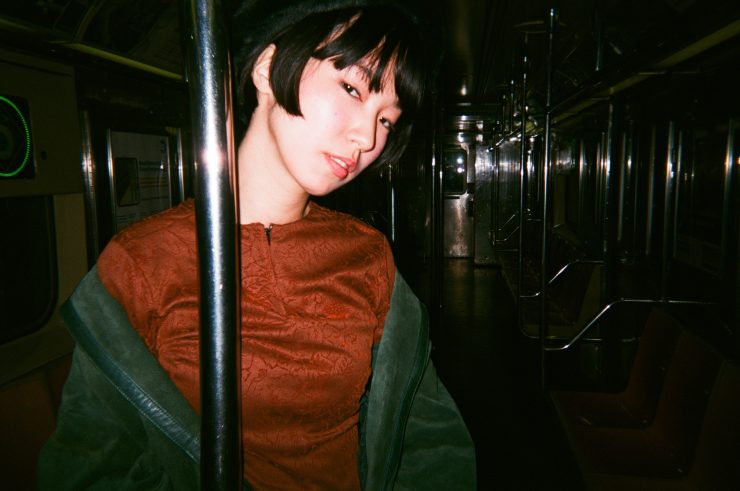 The Shenyang-born photographer Luo Yang began her project “Girls” during her early 20s while studying graphic design at Lu Xun Academy of Fine Arts. It all started when she took photos of her classmates and friends as a way to express her “feelings” and “inner self.” For Ms Luo, her goal was to show women as strong, self-aware, yet vulnerable individuals, reflecting the struggles of growing up in China as a girl. “These images are very private photos of those girls, but it’s also a window for them to share their own small worlds,” she said. “It’s intimate yet relatable.”

In her photographs, while Ms Luo depicts young Chinese women in various day-to-day settings, her subject is often challenging current gender stereotypes and rebelling against traditional norms of Chinese femininity. She said, “I choose to show girls with body hair and buzz cuts because they attract me deeply (and) maybe because of our mutual protest against the mainstream stereotypes of women.”

Dozens of South Koreans cross into North Korea for heart wrenching reunions with their loved ones.

Nearly a hundred elderly South Koreans crossed the border into North Korea yesterday to reunite with family members they have not seen or contacted since the Korean War broke out 68 years ago in 1950. The 93 families were accompanied on the bus trip by their children and other relatives, and were the lucky few selected from a pool of 57,000 participants.

Among the group, 92-year-old Lee Keum-seom was set to be briefly reunited with her son after 68 years. She said during an interview, “when I came to the South, I realised that I won’t see them again alive.” Ms Lee, who had lost sight of her husband and son while fleeing the war, said, “I thought to myself that the war needs to be over for us to meet. I gave up seeing them again.”

While nearly 20,000 people have participated in the 20 rounds of face-to-face reunions since 2000, and another 3,700 South Koreans exchanged video messages with their North Korean family members under a short-lived communication program from 2005 to 2007. These reunions are a rare occurrence and only happen when there are good relations between the states.

Activist Nicole Maines is set to be the first transgender superhero to feature on television’s ‘Supergirl’.

Comic Con announced on Saturday that transgender rights activist Nicole Maines would be making history as she is set to be the first transgender superhero to appear on television. She was set to appear on season 4 of “Supergirl” as Nia Nal, also known as Dreamer, which could be a new take to DC Comics character Nura Nal.

“We can be whoever we want, we can do whatever we want, we can be superheroes, because in many ways we are,” said Ms Maine, who came out to her parents in the late 90s. She said she noticed how trans women were always portrayed by cisgender men as either sex workers or drug addicts on television, “we’ve had trans representation in television for a while but it hasn’t been the right representation.” Ms Maine believes through “Supergirl” casting is part of larger wave of the “right representation” of the trans community.