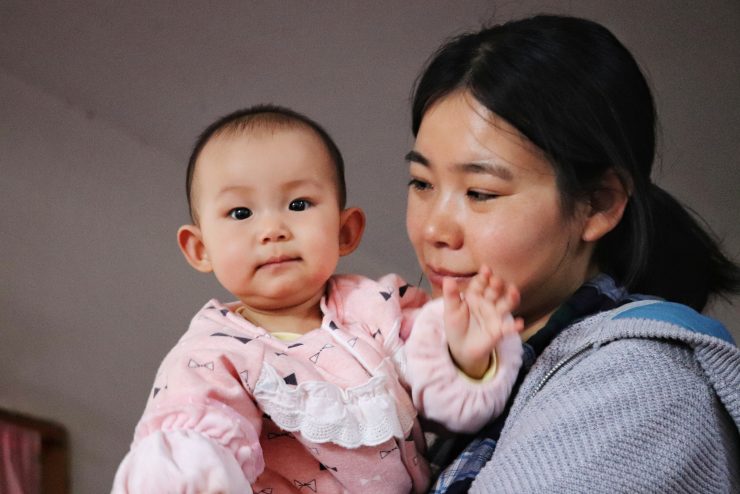 A pharmaceutical company’s campaign sparks controversy as they push for women to have babies in China.

A Chinese pharmaceutical company’s subway advertising campaign has sparked outrage amongst passengers as it urged for them to have more babies. As part of the campaign, the company painted the subway carriages on the number 2 line in Changsha city in pink, with text stating “1,001 reasons for having babies”. Some of the reasons included “[I] don’t want to envy other people’s babies. So let’s have a baby,” and “The world can’t lose a beauty like me [after my death]. So let’s have a baby.”

Although the company claimed this was designed to promote vitamins for pregnant women, passengers were left uncomfortable as the campaign resembled recent government efforts in exhorting couples to have more children.

On August the 6th, the official Chinese Communist Party newspaper published an article titled “Having a Baby is a Family Matter and also a State Affair.” In it, the author argues “the government should take more targeted measures to solve the problem of low birth rates.” This caused a substantial amount of backlash amongst Chinese women, arguing these proposed state reforms dehumanised women into baby-makers. Author Hou Hongbin said on Weibo, “they’re treating us as fertility resources.”

Soul music pioneer and legend Aretha Franklin passes away at the age of 76-years-old.

Music legend Aretha Franklin died in her home in Detroit last Friday as a result of pancreatic cancer, she was surrounded by family and friends at the time, said her longtime publicist Gwendolyn Quinn. Tributes have since poured in for the singer from around the globe, celebrating her legacy as the “Queen of Soul” with best known hits such as “Respect”, “Chain of Fools”, and “A Natural Woman”. Not only was Ms Franklin celebrated for her musical talent, she also empowered women and African-Americans at a pivotal time.

In a tweet, former president Barack Obama said Ms Franklin “helped define the American experience”. “In her voice, we could feel our history, all of it and in every shade—our power and our pain, our darkness and our light, our quest for redemption and our hard-won respect. May the Queen of Soul rest in eternal peace,” he said.

Five-time wushu world champion Lindswell Kwok captured audiences at Asian Games and is among Indonesia’s main gold medal hopes at the international sports event. The 26-year-old Chinese-Indonesian was born in Medan on the island of Sumatra, and has won taijiquan world titles in 2009, 2015 and 2017, while also collected taijijian world gold medals in 2013 and 2015.

“I hope the Indonesia people can really support their athletes and come together for these Asian Games,” Ms Kwok said. Although she plans on retiring after this year’s games, she is dedicated to leave her legacy. She said, “I still want to produce the best and the highest achievement in the Asian Games which is to win the gold medal. I want to end my career on a high.”