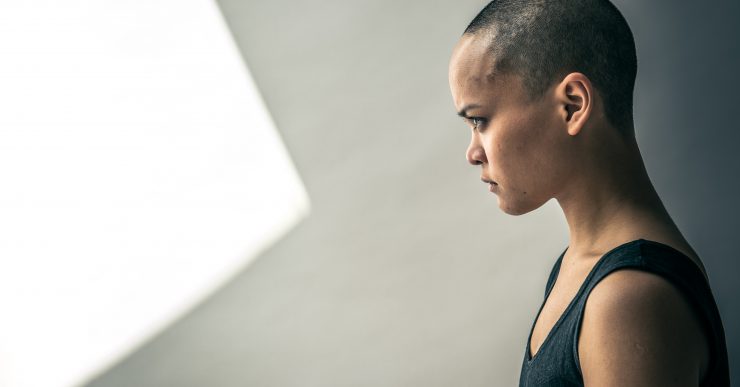 Actress Kelly Marie Tran who played rebel mechanic Rose Tico in last year’s “Star Wars: The Last Jedi,” has spoken out against the sexist and racist comments which made her close her Instagram account last June.

As the daughter of Vietnamese refugees and the first lead woman of colour in the franchise, Ms Tran broke the silence and said how the abuse reminded her of the experiences she had growing up in America. “This is what it is to grow up as a person of color in a white-dominated world. This is what it is to be a woman in a society that has taught its daughters that we are worthy of love only if we are deemed attractive by its sons,” she said.

Ms Tran also envisions a world where all human beings are treated equally, she said “I want to live in a world where people of all races, religions, socioeconomic classes, sexual orientations, gender identities and abilities are seen as what they have always been: human beings.”

Last Saturday, police raided a small nightclub in Kuala Lumpur called Blue Boy, a popular venue for the LGBT community. During this, 20 men were detained and ordered into counselling for “illicit behaviour” by the Federal Territory Islamic Religious Department of Malaysia. Transgender rights group Justice For Sisters co-founder Thilaga Sulathireh said this is “state-sponsored homophobia and transphobia.” She said, “this level of aggression [against the LGBT community] is new and the situation is becoming really alarming. We are hearing a lot of cases of people in the community feeling depressed and suicidal and not feeling safe using public facilities or even going out in public spaces.”

Following a string of controversial debates on LGBT rights in Malaysia, the Deputy Prime Minister Dr Wan Azizah Wan Ismail said two days ago that the rainbow community only have a right to exist in Malaysia if they keep their “practice” behind closed doors. “LGBTs have the right to practise whatever [it is] they do in private,” she said in an interview. She also openly said as a Muslim, she does not condone or support the LGBT community, “As a Muslim, I have my preferences as to their rights it is the same [rights] as the people who do not believe in Islam.” Homosexuality is currently illegal in Malaysia as a result of being a Muslim-majority country.

The Indonesian capital of Jakarta has been confirmed the fastest sinking city in the world.

Home to over 10 million people, the city of Jakarta has been deemed as the fastest sinking city in the world, with experts estimating parts of the megacity could be entirely submerged by 2050 if unchecked. The city has been sinking by an average of 1 to 15 centimetres a year, and almost half the city now sits below sea level.

“The walkways are like waves, curving up and down, people can trip and fall,” said resident Ridwan commenting on the nearby open air fish market. While water levels underground have depleted as a result of water extraction for everyday use, this has caused the ground surface to sink and shift, creating uneven and unstable roads for locals.