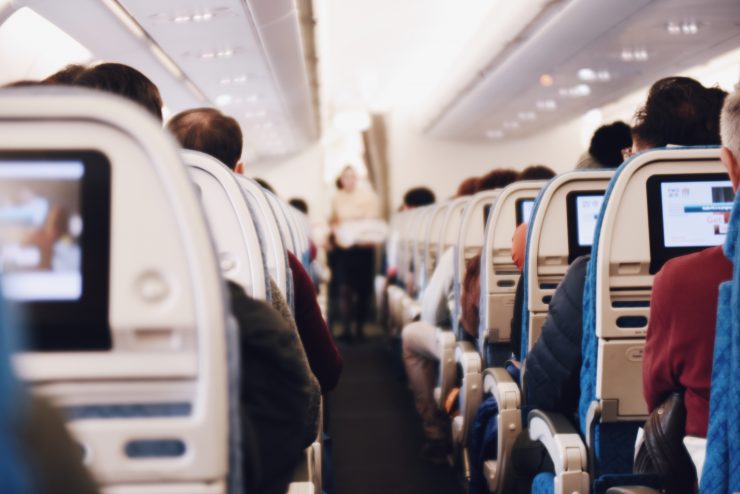 Muslim woman forced to reveal her menstrual pad by TSA during airport screening.

A Muslim woman named Zainab Merchant was traveling from Boston to Washington D.C. for a speaking engagement last Thursday, when Transportation Security Administration agents pulled her aside and publicly pat down her groin area. The TSA officer then announced to the other agents at the checkpoint she needed to take “a deeper look.”

Despite Ms Merchant insisting this be done in public, and explaining she was on her period and therefore wearing a menstrual pad, officials pressured her into a private screening and forbid her to call her lawyer. Horrified and alone, TSA officers then demanded her to pull down her pants and underwear to reveal her bloodied menstrual pad. After the ordeal, Ms Merchant asked for the officers’ names and badge numbers to report the experience, but TSA officers covered their badges and walked off, she said.

Ms Merchant, a graduate student at Harvard University and the founder and editor of the website Zainab Rights, said this was not a first time occurance. Since 2016, she had undergone a series of “intrusive, humiliating searches, often in ways that appear duplicative and unnecessary, every time she has sought to board an airplane or reenter the United States,” said American Civil Liberties Union. In 2016, New York lawyer Nafees Syed, a Muslim woman who frequently travels for business, says she is often pulled aside at security check-in for secondary screenings and pat-downs, with the examiner feeling her head through the hijab.

Misa Matsushima became the Japan’s first female fighter pilot today after a ban in 2015 was lifted, and finally allowed women to fly fighter jets and reconnaissance aircrafts. The 26-year-old had dreamed of this since watching 1986 classic film “Top Gun” when she was young. “I have admired fighter jet pilots ever since I saw Top Gun when I was in primary school,” she said.

This was part of the government’s “womenomics” policy to increase women’s participation in the workplace. “I want to continue to work hard to carry out my duties, not just for myself but also for women who want to follow this path in the future,” she said. She will be joined by three other women later on who are currently training to be part of Japan’s elite group of fighter pilots. Although Japanese women are increasingly taking on roles in the sector, the current 14,000 women only make up for 6 percent of the total of the nation’s 228,000 service personnel. Till today, women are not permitted to serve on submarines.

Less than 50 percent of employers are willing to employ women with children in Hong Kong, studies find.

A recent study by Hong Kong’s Equal Opportunities Commission found less than half of employers are willing to hire women with children even if they are just as competent as other applicants. Of 102 employers interviewed about their ideal job ­applicant, merely 47.2 percent said they would offer jobs to mothers who had young children.

“Family status discrimination is often interwoven with sex discrimination,” EOC director of policy Ferrick Chu Chung-man said. “If a woman chooses to become a mother, then it ­automatically means she chooses to suffer from the so-called motherhood penalty,” he said. Mr Chu also said there should be more resources allocated to improve education and reform on the issue, “the mindset that it is not a problem is precisely the problem.” Despite having more women in leadership roles over the years, women in Hong Kong continue to face discrimination and many social barriers.