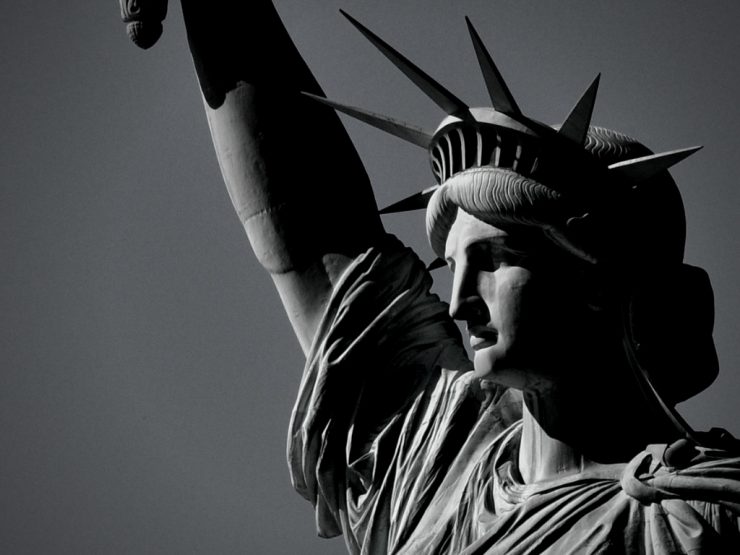 A country made by, responsible for, now against the immigrants

Like many other young Southeast Asians, Borey Ai, also known as PJ, joined a gang for protection after being bullied at school and in his daily life. At 14 he became the youngest child tried as an adult in criminal court. After being granted parole in 2016, he was immediately detained by Immigration and Customs Enforcement (ICE) and marked for deportation to Cambodia—the country his parents fled before he was born. The United States’ current immigration policies have drawn international criticism, but few know the stories of the Asian American families torn apart. Last month, a group of 30 deportees arrived in Cambodia. Despite accepting refugees fleeing conflicts for which it was directly responsible, the American government has been systematically removing the same people to whom it promised shelter.

.@JerryBrownGov A justice system that sentences a 14 y/o to life in prison isn’t just. After winning parole, Borey “PJ” Ai now faces deportation to a place he has never known.

You can prevent this with a pardon. End the school to prison to deportation pipeline & #KeepPJHome pic.twitter.com/M9uqZWJOcc

In the 1960s and 1970s American-backed wars in Southeast Asian countries like Vietnam, Cambodia, and Laos created waves of refugees seeking asylum across the globe. More recently, American financiers invested billions of dollars to bet against the Thai currency in 1997, leading to its collapse and triggering the Asian Financial Crisis. This fractured the economies of nations including, but not limited to Indonesia, the Philippines, and even South Korea, encouraging more immigration waves. Whether refugees or immigrants, those displaced often arrive with little money, lack community support to help them resettle, and face racial discrimination.

“Racism is like a Monday morning after a long weekend for a person of color. It’s unavoidable,” says Vanthay Hong, who immigrated from Cambodia in 1998. As a child, he couldn’t speak English and wore second-hand clothes, which made him an easy target for bullying. His family endured homelessness after their village in Siem Reap was burned to ashes by the Khmer Rouge. Thinking the entire family had been executed, his grandfather fled to the US in 1979. Years later, it was he and his new wife who sponsored each member of Vanthay’s family to join him in the states. As one of the only three Khmer families in the area, it took time to adjust without community support. His parents worked multiple jobs to provide for their family, and like other refugees who survived conflict, his mother has lasting trauma from her experiences and still has trouble sleeping.

Cloyd Edralin never saw the need to apply for citizenship. He renewed his green card without issue for the last 20 years, even after his 2007 arrest for possessing an airsoft pistol, a toy that fires plastic pellets. At the time, he served probation and paid several fines. But this past June, ICE arrested him on his way to work, and an immigration judge refused to grant him bond, naming him a “danger to society” for his 11-year-old conviction. Still held in detention, his family has started a fundraiser to help pay his legal fees as he waits to convince another judge to allow him to stay in the US with his wife and four children.

Previously, only immigrants who were either largely dependent upon government financial assistance to survive or had been institutionalized for long periods of time were eligible for deportation. But in 1994 then-President Clinton signed a series of new bills into law that expanded the list of deportable offenses and made detention mandatory for green card holders with convictions, regardless of how old they were. Since then, immigrants and refugees have been deported in droves. Today, the Department of Homeland Security (DHS) wants to deny green cards to low-wage earning legal immigrants who use almost any government benefit, however small, including food stamps, the earned income tax credit, and health-care subsidies.

The harsh way these laws are now being enforced is also troubling. A training document for users of the Central Index System (CIS), a database immigration agents use to decide who they arrest, warns of incorrect or multiple identification numbers, scrambled names, inconsistent procedures for recording multi-part names common in Latin and Chinese cultures, aliases, misspellings and typographical errors, incorrect birth dates, and missing records. Last year, the CIS incorrectly marked 52,000 people ineligible to work in the U.S., making them candidates for detention and deportation. This extra scrutiny unfairly targets low-income groups like refugees from war, violence, and oppression in their home countries, and immigrants who lack the resources to defend themselves.

What Can Be Done To Help

As an immigrant and child of refugees, Vanthay is disappointed by the Administration’s efforts. Though he doesn’t feel personally threatened, he feels for those who are in danger. “Deportation of immigrants is heartless and cruel; the way ICE has gone about doing it is absolutely inhumane in many cases.” He believes in solutions that will have a lasting impact, which is why he started the nonprofit organization Spam FC, which offers scholarships to young students who have ties to soccer, the sport through which he found community when resettling in the United States. A holistic approach that provides support for underserved youth, those incarcerated, those held in detention, and those who have already been deported, is as important as challenging these policies, he believes.

John Lee, who was involved with the Asians Unite student activist groups in the late 60s and early 70s, stresses the value of political protest and having Asian politicians and lawyers who will fight on Asian Americans’ behalf. “This is our home, and we’ve got to find ways to protect it. Most people don’t understand the importance of politics until something personally affects them; and then, it might be too late.” He encourages Asian-Americans of all ethnicities to come together now and voice their dissent as they did at the low-income resident evictions from San Francisco’s International Hotel in the 70s. United, Asian-Americans gain visibility and the ability to be heard as they resist these injustices against their shared communities.

To learn more about these US immigration policies, please visit SEARAC.org.

To learn more about incarceration in the Asian-American community, please visit the Asian Prisoner Support Committee.

If you are American, you can help keep PJ in the US by signing this letter of support.