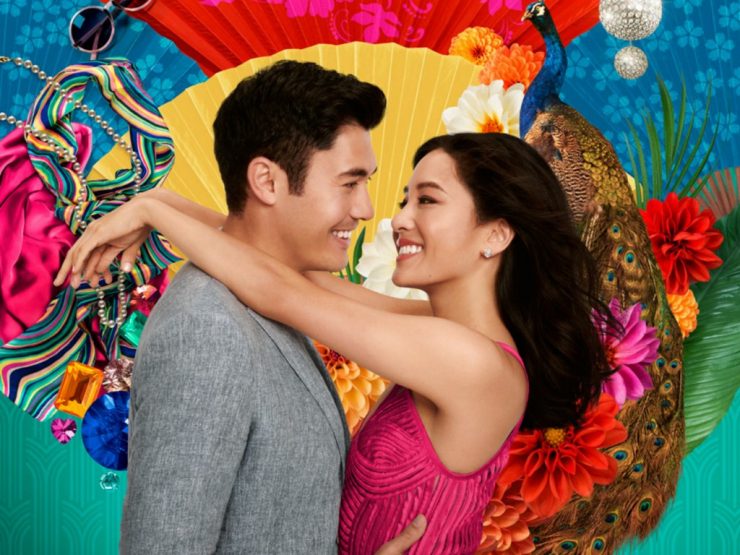 Whenever I go to the movies with my mum, she always insists on showing up early, because, for some reason, she enjoys paying to sit through the ads and trailers. Armed with a large Thai milk tea with pearls in one hand, and a bag of generic supermarket popcorn in the other, we weave our way through rows of seats filled with people. It’s opening day and the energy in the cinema is buzzing.

“Did you see that old Asian couple at the front? How cute,” I say to my mum.

She cranes her neck then turns to me to ask, “Why is everyone in here Asian?”

I tell her, “Yeah, well, this is a movie for Asians. Why wouldn’t we be here?”

August 30th. Today is the day that the long-awaited Crazy Rich Asians movie opens in Australia. For us Down Under, we’ve had two weeks to watch trailers, read review articles, and to hear the soundtrack, ever since the movie’s premiere in the US and everyone is on edge from anticipation.

For the Asian diaspora around the world, we’ve waited 25 years for a complex, non-stereotypical Asian film from Hollywood. Crazy Rich Asians does not disappoint. Never mind that the cast is an all-Asian one (the first since The Joy Luck Club, 1993), and never mind that the most of film was shot in Asia (primarily Singapore and Malaysia), this movie is just good.

A whirlwind of colour, comedy, and glamour, the movie follows NYU professors Nick Young and his girlfriend Rachel Chu to Nick’s hometown of Singapore for his best friend’s wedding. Her first time going this far East, Rachel is hesitant but eventually relents in her excitement to meet Nick’s family. Unbeknownst to her, his family is one of the wealthiest in South East Asia and Rachel is thrown into a world of couture dresses, 200 million dollar mansions, scheming ex-girlfriends, competitive cousins and judgemental Aunties as soon as the plane touches down. Lucky for her, she has her ‘strange college roommate’ Pek Lin (aka. Asian Ellen) by her side. Played by Awkwafina, Pek Lin delivers hilarious dialogue and huge comedic relief to the seriousness of the film.

Flanked by gorgeous Devil Wears Prada-esque fashion, unique landscapes, and a very attractive cast, the film holds some heavy themes, and I found myself hanging on to every word of the dialogue.

A few scenes really stood out to me. The scene that surprised me most may seem trivial, but it transported me back to my own childhood and visits to Malaysia. It happens when Nick’s best friend Colin and his fiancée Araminta take the couple to a hawker centre after their touchdown. For those who don’t know, a hawker centre is a (usually) open-air kind of food court with plenty of different food stalls. Each stall generally only sells a couple of dishes that (as Nick mentions in the movie) they have been perfecting for generations. It was the subtle switching of languages in this scene that was the cherry on top for me. I was shocked out of Nick’s smooth, British accent when he suddenly ordered “satay dua puluh. Sepuluh ayam, sepuluh daging,” which translates to “20 satay. Ten chicken, ten beef please.”

This moment was so profound because I don’t think I’d ever seen such a relatable portrayal of an Asian-but-Western-character be. The way that Nick and his friends navigate their ‘Western’ identities (from studying abroad) against the traditional Asian way that they’ve been brought up by their controlling families speaks volumes about the complexities of these characters.

In the movie Eleanor Young, Nick’s mother, makes clear the distinction between overseas-born Asians and those who have grown up in Asia for the majority of their lives. Eleanor immediately dislikes Rachel because she is American and does not understand the subtleties of ‘Asian’ behaviour and values.

This is why this movie and what it stands for is so important to me. For too long has Hollywood relied on a standardised rhetoric of immigrant, second class, weak, refugee status Asians, even when we see Fresh Off the Boat.

Crazy Rich Asians shows that not every Asian-American/Asian-Australian/Asian-European etc. is an immigrant or second generation ‘banana’ (white on the inside, yellow on the outside). The film shows the world that not all Asians come from the same backgrounds, that we are also educated, sophisticated, wealthy, culturally adaptable, and can, in fact, speak excellent English.

The worldwide impact and success of this movie is more than just Asian-Americans finally getting more chances at roles. Whether we like it or not, Hollywood is the oldest and largest film industry in the world. Its worldwide distribution of culture is consumed by almost every age, race, gender, and country thinkable. It tells storylines that we more often than not believe without questioning and portrays cultures in a way that we assume to be true.

From an Australian perspective, perhaps the only mainstream ‘Asian’ show we have is The Family Law (but even that lacks depth in the portrayal of Asian-Australian families).

Non-Anglo characters are bitterly underrepresented on Australian television, with only 18% of main characters in TV dramas from the last five years being ‘ethnic’ (compared to 49% of Australia’s population having been born overseas or had parents born overseas). Although we now have Asian-Australians Chris Pang (who plays Colin Khoo in Crazy Rich Asians) and Remi Hii (who plays Alistair Cheng) to look up to, these actors had to catch their big break in the US because Australia hasn’t provided enough opportunities for Asians in the arts.

And that is why representation and portrayal in media is important. If we don’t show people who we are and what we can do, the world goes on believing what they think they know.

Understandably, the movie has been criticised for its inaccurate portrayal of Singapore’s diverse and rich population. Critics have commented on the lack of South and South-East Asian representation in the film, and how it erases minorities, instead only supporting the existing portrayal of East Asian dominance in mainstream media and pop culture. Malays and Indians, who are respectively the second and third largest ethnic groups in Singapore were scarcely shown in the movie. Whilst this is true, I believe that we need to remember that the movie is an adaptation of a book written by a Chinese-Singaporean, and that the tale follows a Chinese family. In an article, Asian-Australian writer Michelle Law succinctly writes that ‘[the movie] (has) been criticised for not representing more Asian identities, which is understandable, however I’d say that it’s unrealistic and unfair to expect one film to right decades’ worth of Hollywood’s wrongs’.

Seriousness aside, the movie is a delightfully comedic and dramatic rom-com. So engrossed in the shenanigans of the rich, I often forgot that all the actors were Asian and that many of the songs in the movie were Chinese remixes of popular songs.

There were many moments that had me choked up. Colin and Araminta’s wedding in particular was spectacular. The way Colin teared up as Araminta glided down the aisle, accompanied by Kina Granis’ emotional rendition of Falling in Love, and Nick and Rachel mouthing ‘I love you’ to each other had me in tears. My breath stopped when the truth about Rachel’s family was revealed, I was proud as punch of Rachel during her mah-jong throwdown with Eleanor. My mom related a lot to the family dynamics, got all the Asian jokes, and enjoyed how strong the women were, probably a little bit more than I did.

Overall, the movie is a great watch, and a win for representation. In Awkwafina’s interview with Access, one of the hosts comments that he’s always had African-American actors, characters and representation, even though it was small. He then asks Awkwafina, as an Asian-American, who she had to point to growing up. Her answer was Margaret Cho.

For the generation of now and the future, the cast of Crazy Rich Asians will be the answer they give.