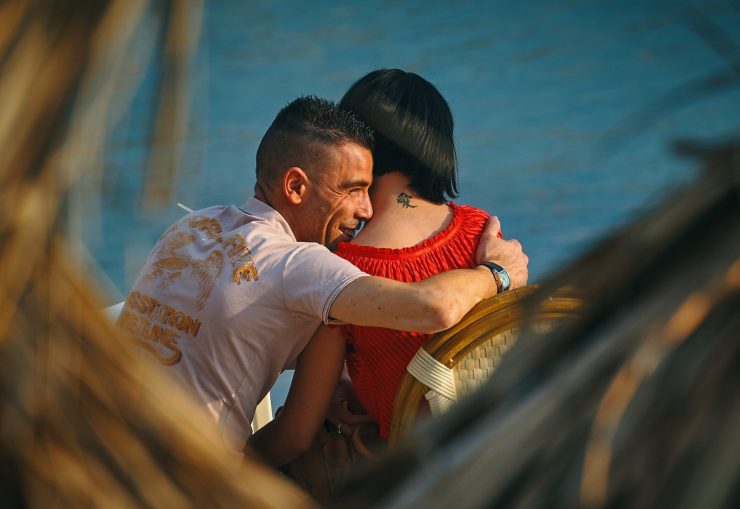 Most of April Magazine’s readers can relate to some Asian drama, I believe. Well, what are your opinions about Asian television drama series?

During my childhood years, I watched dubbed Asian TV shows with my cousins. Initially, my parents thought TV would be distracting to my studies; however, once they noticed an improvement in my use of the Vietnamese language, they decided to allow TV to consume one hour of my time every day.

The parents were proud. Their friends would comment, “For being American-born, her Vietnamese is not bad! She is also so polite!” Unknowingly to my parents, however, the drama series also enhanced my strong moral sense and developed my analytical abilities.

As a result, as I advanced through my education, elders noticed my constant need to question everything. Since I am not your traditional and well-behaved Vietnamese daughter, my parents were worried; they thought that no Asian man in his right mind would make me his wife.

One day, my mother smiled and said, “Follow me. I would like you to meet some people.” As I arrived in the dining area, I noticed an elderly Asian couple nodding as they inspected me with their eyes.

Later that evening, my parents asked my opinion about my cousin’s friend. I responded kindly and asked for the reason behind their question. “Well, he really likes you; and his parents just approved his courting you,” my mother answered matter-of-factly.

I was appalled. I finally broke the silence with my curt reply, “I am not interested.” My parents could not comprehend my decision; but they did not know that my heart was already with somebody else–who was caring and intelligent. His name is Abram. He has a great sense of humor; and he encourages my independence. Abram is also Mexican-American.

Shortly afterwards, Abram and I decided to publicly declare our relationship status. Unfortunately, the next few years were very difficult for us; and my strong sense of morality only worsened my pain. I thought racism no longer existed; and the world threw my rose-colored glasses back in my face! In addition to the uncomfortable leers, I could still remember the unsolicited and hurtful opinions.

“If you are with an Asian person, you will be guaranteed at least 50% happiness!”

“An Asian beggar is better than a Mexican president!”

“If you wed a Mexican, your marriage won’t last!”

“Mexicans love sex. Can you handle it?”

“Asian people are greedy. Unlike Mexicans, they are not working students; and they are only friendly when they need something.”

With time, wounds do heal; and instead of forcing the world to bend towards my will, I decided to use my analytical abilities to better understand the people of this world.

As I reflected on my past situation, I realized that I was no better than the people around me with their spiteful comments. Instead of allowing our differences to tear us apart, we should have sympathized with each other’s differences.

Elders also greatly value religion; therefore, they tend to worry about religious conversions due to potential belief differences; and their concerns are justified. Many Mexicans identify as Christians; and a major religion in Vietnam is Buddhism.

There is also the language barrier. Although Abram and I are fluent in English, not everybody prefers English. Therefore, there is a higher chance of misunderstandings between different races; and unfortunately, some of the elders’ opinions and biases are based on these negative experiences. Then, once preconceptions are formed, resolving any confusion can be difficult.

Although understanding each other’s differences is important, we should have also focused on our similarities. In addition to respecting the same hierarchical structure, the Asian and Mexican cultures place great value on family.

Last, but not least, I mentioned the existence of a language barrier between different races. Interestingly, however, the sentence structure for the Vietnamese and Spanish languages is actually very similar.

Due to our introspective nature, Abram and I are able to better communicate with the elders, who are currently aware of our deep respect for them and their traditions. Now, Abram and I are happily married; and we’ve actually known each other for almost fourteen years.

As you can deduce, this article’s intention is to increase your awareness about the existence of misunderstandings that still occur between different races and cultures. I also hope that my article is relatable to other interracial couples and alleviates some of their difficulties on their journeys.

(Written by Ross Phan. Ross is the founder of Off Script Consults, who strives to improve the quality of life and financial outcomes of patients and their caring providers. Ross currently resides in Colorado, with her husband and two dogs. Find out more about Ross through social media (LinkedIn, Facebook, Twitter, Instagram, and Pinterest) and her website.)