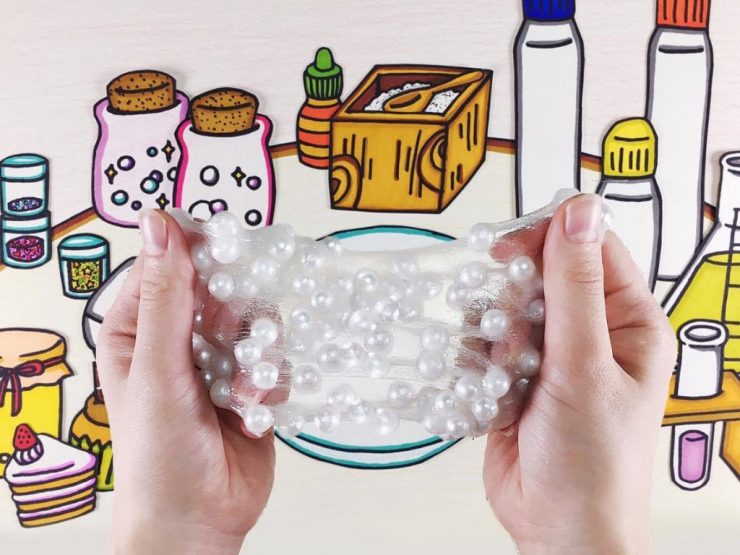 As you explore your ‘Recommended’ list on YouTube, stumbling upon oddly satisfying videos with millions of views is no surprise. Have you ever felt so relaxed with the soothing sound of crumpling paper, or enamored by the satisfying visuals of that wobbly glitter slime? ASMR, slime, and mukbang videos are only a fringe of this fast-growing niche on YouTube. These types of videos are usually something incredibly simple and common, but mind-blowingly creative—this is what makes them viral!

As I hopped from one YouTube video to another, a thumbnail with this cute cartoon character in a gleeful color palette caught my attention. The girl character seems like she’s about to put her contact lenses on in front of her vanity table, with a number of makeup products lined up in a somewhat disorganized manner. “Ha, that’s so me!” I told myself. Being able to relate was reason enough for me to watch this 2-minute video. The artsy drawing, crisp sound effects and well-composed background music soothed me. After finishing this one short video, I quickly tapped on the ‘Subscribe’ button.

The channel where I found this very creative video entitled “Makeup Stop Motion (거울보며 화장하는 스톱모션) is called Self Acoustic. It’s mostly colorfully cute 2D stop-motion videos that you surely won’t find in many other YouTube channels today. The channel also has a mix of short vlogs, song covers, and original music compositions. I got so hooked with the artists’ bubbly personality that shimmers through in each video! Their content stream is so bright and positive, I’m sure more people would love to see these awesome creations!

The Creators behind Self Acoustic

Kim Sujin and Kim Jaesub started Self Acoustic three-and-a-half years ago to serve as a creative outlet for their hobbies in the fields of music and arts. Both of them are contemporary music majors, where Sujin focused on vocal arts and Jaesub on guitars. The two started out as a music team and from there, their love story unfolded. The Korean couple now consistently creates artistic stop-motion videos together at Self Acoustic for their 480,000+ subscribers to look forward to.

Making everything from scratch

Most of their stop-motion videos are less than five minutes long. However, the work that goes into each video requires a lot of time and effort for the couple. According to Sujin, the stop-motion videos alone usually take seven days to make, while the ones with original songs take more than 14.

“First, we freely toss our ideas as we plan our next stop-motion video. I’m in charge of writing the songs for the video, while Jaesub engineers our track recordings. As for the stop-motion video itself, I sketch, color and cut the drawings,” says Sujin.

Apart from being the one taking care of the visual aspect of their stop-motion videos, Sujin also enjoys shooting and editing the videos, as well as personally recording the sound effects herself.

Putting all of these things together makes each video uniquely innovative. One video makes an entertaining visual feast and a soothing ASMR piece at the same time!

Art Inspired by our Daily Lives

Seeing all these beautiful videos on their channel, I got curious about the inspiration behind them. I just had to ask Sujin about it and she replied, “I usually write my songs around stories of my everyday life that I feel most people can relate to. It is the same for our stop motion videos. I also get inspired by comforting sounds and videos I find online, so I try to apply these to mine with the hope of providing the same comfort to my viewers.”

The beauty of the videos they create is down to more than just the impressive drawings—it’s the fact that they are quite relatable for everyone. They make daily activities as simple as cooking food, cleaning your room, and even playing with the claw machine even more amusing through their stop-motion videos. Thinking about it now, the main reason why I clicked on the ‘Makeup Stop Motion’ video is because I saw myself in that cartoon, in the thumbnail! The fact that we can relate to these videos opens a special connection that entertains us on a personal level.

Binge-watching all the videos on their YouTube channel won’t be too tasking, as most of them are quite short. But if you’re looking to get your spirits lifted and you don’t have a hefty amount of hours to spare, Sujin shares her own favorite short videos to give you that much-needed amusement.

“A lot of effort goes into all of our videos in Self Acoustic so of course, each one of them is meaningful in its own way. However, if I am to pick my personal favorites, I’d say one of them would be the ‘Fruit Confession Song’ (과일로 고백하는 노래). It is especially meaningful for me as it was the first video where I revealed my face. ‘Makeup Stop Motion’ (거울보며 화장하는 스톱모션) is also a favorite of mine because it gained a lot of recognition from the viewers, so it really made me feel like our hard work paid off.”

I am personally in awe of how Sujin and Jaesub weave their artistic ideas together to create something so simple yet beautifully comforting for the viewers. Sujin expresses her thoughts on the real goal of their channel as she says, “I want to keep making videos that soothe the soul of our viewers. To provide even just a little bit of relief to them is already a wonderful achievement for me.”