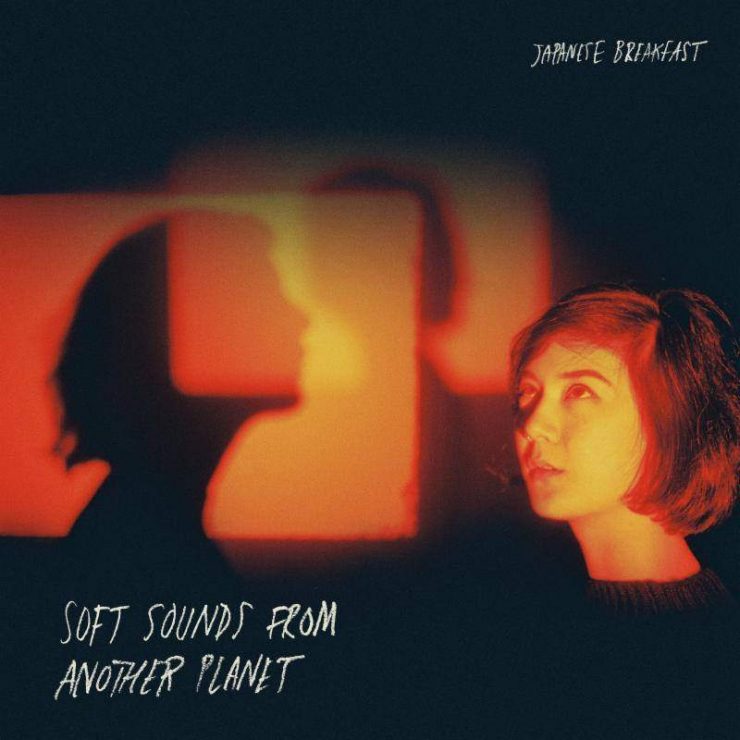 Japanese Breakfast, the song-a-day writing project walks out the bedroom and goes on tour

When people mention ‘Japanese Breakfast,’ it’s hard not to think of grilled fish, rice, miso soup, and pickles. After all, literally speaking, that makes sense. But underneath that name, I’m sure you might have heard of the beats by the thriving experimental pop / lo fi artist who has been skyrocketing streams of listeners in the US & UK.

The solo musician is Michelle Zauner who, under the moniker Japanese Breakfast, proves that her month-long, song-a-day writing project, and its synth-boosted music, with stunning guitar hooks, can be taken out the bedroom and survive in a much bigger space. Japanese Breakfast balances analog and digital, contentment and desolation in the digital age, making the music world more relatable—one banger at a time.

A lot of singers today, from the likes of Imogen Heap to Chvrches and Lykke Li, use heavy synth effects like a mask. Zauner uses them to bridge her roots from indie rock to experimental pop, almost classified under lo fi tunes, creating a polyphonic sound with soaring electric melodies, which have become her signature. Her laid-back pieces of dreamy-pop, voice that packs a heart-wrenching emotional punch, all sugar-coated with a helping of nostalgia, creating an instant classic sound.

With her tours now booked, Zauner has stepped out of the studio to play a handful of US and UK shows this year and early next year—proof that her rise to the top is much anticipated. Despite being on the road, we had a chance to chat with Michelle, digging deep into her roots, hit singles and albums, life on tour, and what to expect from Japanese Breakfast soon.

Good! I’ve actually had some time off at home, which has been nice. I’m currently in the van on our way to Ohio for the Bellweather festival, then off to Europe for festivals next week.

You’ve just played Pitchfork! What can people expect from your live shows?

I’d say it’s dynamic. I think a lot of people are surprised to find we are a pretty upbeat, fun band—considering my lyrics and music, which can be quite dark.

With the success of your two records, you’ve been on tour playing shows pretty much constantly. Has that affected the way you write songs (if you do while on the road)?

I haven’t started writing anything for the next record. It’s pretty hard for me to write on the road. There’s no privacy or really any time for it at all. So ya, I’m not sure if it will. For Soft Sounds I just hunkered down for a month when we were off, and it worked well. I tend to write pretty quickly.

What was is about your song-a-day writing project, ‘Japanese Breakfast’, that made you decide to push it through into a bigger production, which lead you here?

Well it was all circumstances. I did the song-a-day writing project as an exercise for fun and practice, and I tacked on the moniker Japanese Breakfast because it was something I worked on entirely on my own. When my mom got sick I had to put the band I was in (Little Big League) on hiatus. And when she died, I just made Psychopomp as a way of working through things. It just sort of naturally picked up more arrangements as time went on and I took on new collaborators.

And then it wasn’t until Soft Sounds that I just set out to make a bigger, better produced record because it was the first time I had a label or fans that I felt were waiting for it, and I had the knowledge that I needed and wanted to push myself to make a more hi-fi sounding album.

What’s your favorite song, lyrically, that you’ve done so far?

I think Till Death is one of my favorite songs lyrically. It really encapsulates what my partner and I endured together, what true love can be, in a very real and dark way.

It’s true, the lyrics from ‘Till Death’ hit hardest: “While the cruel men continue to win, you’d reassure me in a way you only can / Teach me to breathe, teach me to move / PTSD, anxiety, genetic disease / Thanatophobia.” What was running through your mind while writing that?

I was thinking about my husband, and the year after my mom passed away, and the year she was sick—how I was such a complete bummer to be around for years, and what a wonderful person he was to have been patient, and not only wait through all that, but sort of help guide me out of it. That’s real love, man.

Many recognize you from the hit single ‘Boyish.’ Is the music video narrative yours?

Yes, I wrote and directed that. The song is very sweeping and dynamic in a way that always reminded me of a high school dance. I wanted to play with that trope, but didn’t want to pit two girls against each other, the like normie vs. weirdo alt girl, so I played with the expectations of that and created what I think is a story of just realizing you want something more, and about the power of representation. In a way it reflects a lot of how I felt in high school, finding myself in music and art, and shifting away from the romantic affection no one was really showing me.

Are there any other Asian American artists/bands you listen to?

Karen O was the first Asian American woman I ever saw in a rock band and was a huge influence on me, making me feel like I could someday become a musician. Mitski, Jay Som, Long Beard, Yaeji, Sasami—all are so talented and I’m lucky to call friends of mine. I found some cool Korean bands when I toured there last year, Say Sue Me, Se So Neon, Parasol. Been listening to Shin Jung Hyeon and Kim Jung Mi, and the Bunny Girls, Korean artists from the 60s/70s.

Being part of that community, as someone of Korean descent, does this part of your identity show in your craft? If so, how much do you put in and why is that important.

Ya definitely. I was born in Korea, my mom was a homemaker and I spent most of my time with her. We would travel to Korea every other summer and I was very close to my whole family there. It was a very big part of me, my second home, but I don’t think about it that much. I write from a very real place, about my life and my interests, and so if it makes its way in there naturally. On Psychopomp I used a voice recording of my mom saying something in Korean, I wanted a way to memorialize my mother’s voice forever. Same with the Diving Women of Jeju-Do in Diving Woman, it’s something I was interested in, and learned around the time I made that record. I guess sometimes, like with the Everybody Wants to Love You video, I do use it more as a commentary.

To wrap up, important question, do you like the traditional Japanese breakfast?

I do! I like natto and tamago kake gohan and most Japanese food in general.

There’s something splendidly evocative in the music of Japanese Breakfast’ frontwoman, and the future looks bright for her. Zauner also shared that she’s working on the soundtrack for an indie game called Sable, some non fiction pieces, more video work, and there’s a new album coming soon. In the meantime, this band should be on your radar, so see that you catch them on tour!

Check them out on Bandcamp to buy the music, and on Facebook under @japanesebreakfast or Twitter as @jbrekkie. And, of course, their own page, where you’ll also find a cute pixel art game O.O.