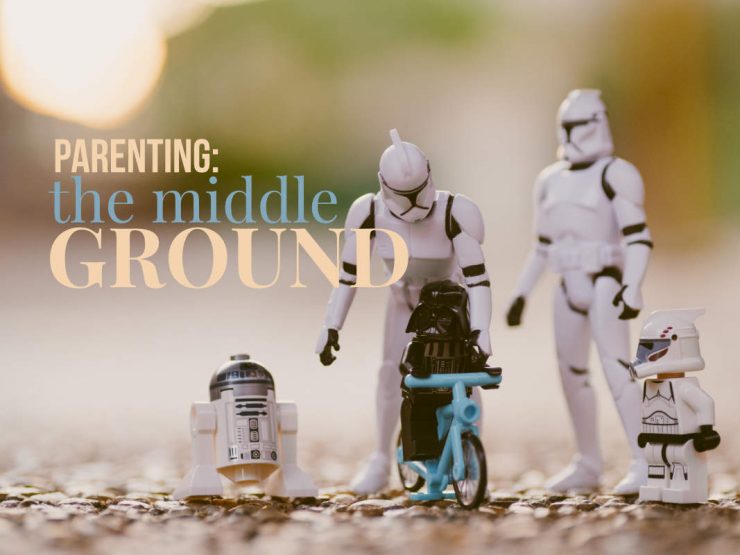 Looking at the past eight years of my life, I could not say whether I was ready or totally clueless when I first embarked into motherhood.

The days of my pregnancy were filled with me wondering on how should I raise my child. Like any typical Malay girl, I was born into a family full of culture and values that rooted in Malay traditions and Muslim religion.

Easy right? I even had a sort of ready “handbook” to refer to—my parents’ parenting.

Because of my father’s job, I was introduced to the wider world at a very young age. My perception of life and society is shaped strongly by the places that I have visited, the people that I have met, and the media that I have experienced in different parts of the world. A jumble of colliding ideas and perspectives, values and norms, that I had to tread carefully as I grew up and become the person I am today.

Subconsciously it has had a very great effect on my mothering principles, too. With that came the big question: what kind of parenting style am I really taking up—Asian or Western?

Contrary to the Western style, Asian parenting is often seen as strict, authoritative, and disciplinary.

It is eminent in the field of education, where Asian parents tend to be more serious and involved when it comes to academic excellence. Some might even go the extra mile, be it enrolling their children into extra tuition classes or implementing strict study periods with punitive measures if the child does not obey.

Asian parenting also emphasizes the preservation of culture and manners, where children are expected to follow social rules. For example, giving respects to elders, not talking back, and avoiding social taboos. In my experience, Asian parenting is also focused on making sure that you are not perceived as “weak” or “improper”, doing whatever it takes to make sure that you don’t taint the family’s name by doing things that might bring shame.

As a girl, I was expected to behave in a certain way. For example, eating loudly and whistling warranted a scolding from my mother because it was inappropriate. I also had to be careful about boys, as even a conversation over the phone could suggest that I had some scandalous thing going on.

Growing up with this parenting style, I loathed the days when I was constantly being compared to other kids, when I failed to meet the standards of my parents. More often than not, my opinions as a child did not matter, lowering my self-esteem during my teenage years in a way that still lingers, though I have learned to overcome it.

Ironically, however orthodox it might seem, after I became a mom, I have finally become able to understand its merits. With reservations regarding the negatives I have experienced, I believe that finding a middle ground between Asian and Western parenting styles is the most effective choice.

While Western parenting promotes independence and empowerment, I still very much want my children to remember our Asian values, like respecting your elders and giving back to the family.

While Western parenting does not view academic shortcomings as a life-failure, I still want my children to understand that hard work and perseverance are always important in this competitive world.

Most of all, while Western parenting promotes openness and self-expression, I want my children to remember that tactfulness and respect are virtues to uphold.

A study by Stanford University came to the conclusion that regardless of the stark difference between these two parenting styles, the two cultures can actually learn from each other. The study suggests that both culture-centric approaches are beneficial for children, noting that Asian parenting teaches a child the value of being interdependent with their mother (which enhances the relationship), and Western parenting emphasizes independence, developing self-esteem and self-efficacy in the child.

Parenting is a journey

That said, parenting will always be a journey. It’s not like everything is sealed in stone, and what works for some may not work for others. The next time I arrive at a parenting crossroads, I shall always keep the middle ground in mind.