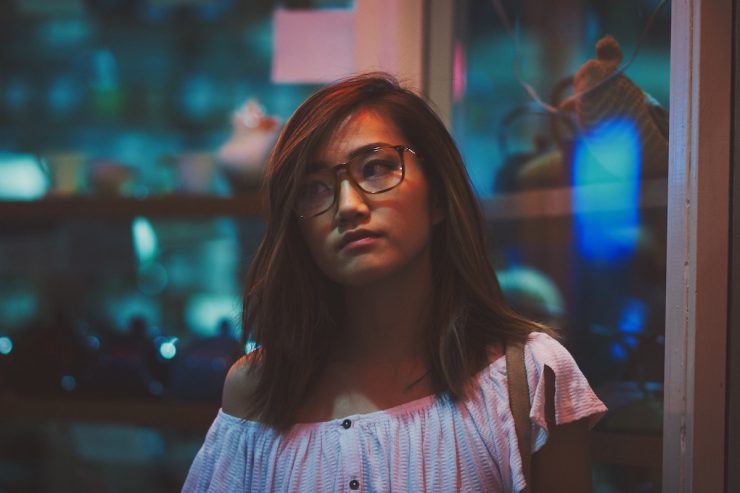 When I was young, I saw nothing wrong with my color. I was brown-skinned. Filipinos are brown-skinned. My cousins and neighbors are brown-skinned. Why would I think anything of it? When you’re busy with lessons and Pokemon it’s the kind of thing that wouldn’t really cross your mind. It was only when I started getting teased about it in school did I begin to think of it, because they noticed it. Was it bad? Was it wrong? All I learned is that if you are dark-skinned, people will tease you about being poor or dirty, blending into the darkness, and not being seen when wearing dark clothing.

It was the years of being teased that led me to dislike my skin color. Because of that, I started noticing a lot of things around me. When watching television I saw commercials for soaps, lotions, and many other products that ‘lighten’ the skin. Being fair-skinned was always presented as being beautiful and/or rich.

It makes a child think, “Does that mean I cannot be beautiful? That I cannot be successful?” When a pretty, brown-skinned woman gets noticed, people always say, “She’s beautiful, even though she’s brown.” As if those things are always expected to be mutually exclusive. It is these kinds of things that help form the idea that being brown-skinned is not being enough.

Filipino TV series also contribute to this. They often present a relationship of sorts between a rich kid and poor kid. It can be the typical rich girl and the poor guy who end up together eventually, or the friendship between two kids where the poor girl’s mother is working for the rich girl’s family. No matter what the plot is, the poor kid is always dark-skinned while the rich girl is fair-skinned. What’s worse is when you know the actor doesn’t really have brown-toned skin and the producers just made them up that way. It’s like even brown-skinned actors are being robbed of their opportunities, making them even more inferior to fair-skinned people than before.

Imagine growing up on shows and advertisements that keep telling you that you are inferior to those with a fairer skin tone. The Western concept of beauty has been so ingrained in us Filipinos that we have grown to dislike our own natural skin color. Years and years of conditioning by the media added to the bullying … it is easy to understand how I could grow to hate my own color. Sometimes I hear another joke or get teased about my color again, and I tell myself I’m used to it, so it wouldn’t bother me anymore. Sometimes it’s me who jokes about it, just so I can do it before anyone else can, but that’s a coping mechanism.

But I’m not ok with it. I am not used to it and I have had enough. I don’t want to hear it. Keep it to yourself.

I feel that nowadays the environment is a little bit more accepting than it was before, mostly because there are more people speaking up about how the West shouldn’t be our standard of beauty. Now that we are actually talking about it, more people are accepting that dark skin can also be beautiful. There are also more dark-skinned Filipinas in shows and advertisements, which is great: seeing people like myself shows that we’re not perceived as inferior anymore. I have people I can look up to. When it comes to make-up, there are also many local brands that have products meant for darker skin tones.

Now, I can’t say I’m over my skin tone insecurities, but I am on working on it. It’s not easy to love yourself, especially when you didn’t like what you saw in the mirror for many years. I still get sudden pangs of dislike towards myself, but I have definitely grown. I am starting to appreciate myself and my natural color. My skin has not changed, but the way I look at myself has. I am beginning to love myself little by little, and I can work with that.

(written by Carla Delgado. Carla is a Filipino theatre practitioner and freelance writer that holds a Bachelor’s degree in Communication Arts (Major in Theatre Arts, Minor in Writing) from the University of the Philippines Los Baños. She has been part of various theatrical productions, most recently, the Manila staging of Kinky Boots and Side Show.)