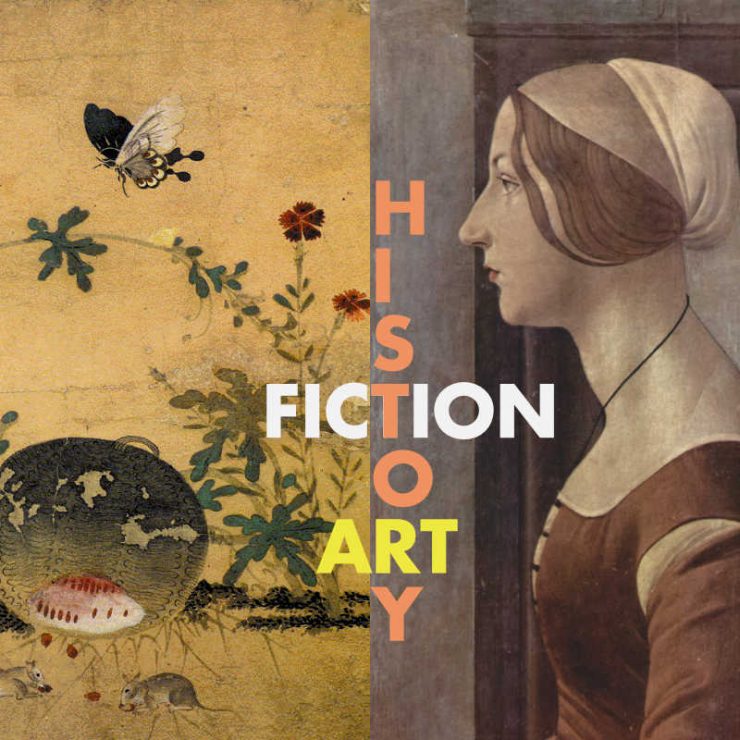 As someone who enjoys historical fiction, I had the opportunity to watch Saimdang and read Belle Ami’s The Girl Who Knew Da Vinci within the last year. At first glance, the two works seemed unrelated. Saimdang is a Korean television (TV) drama series; and The Girl Who Knew Da Vinci is a US out-of-time thriller novel. Yet, the more I thought about it and the closer I looked, the more I realized there was a striking resemblance between the two works.

Obviously, I think both are worth your time, but they are also connected in other ways.

Shin Saimdang is something of a controversial character today, because she has often been held up as the Confucian ideal of the ‘wise mother’ (eojin eomeoni), supporting the patriarchal traditions that so often held women back—nonetheless, her artistic achievements are worth remembering.

Fioretta Giorini was the daughter of a professor and the mistress of Giuliano de’ Medici, one of the famous Medici patrons of the arts in 15th century Florence. Though less of her story has come down to us, she was immortalized in Botticelli’s famous Ritratto di giovane donna (1475).

While their historical alter egos were limited by their times, both present-day ladies are driven women with careers in art history. At first glance, they seem to be living the dream. They are working at prestigious institutions; and upon completion of their intern or graduate positions, they will have golden tickets to work wherever they choose.

Unfortunately, times have changed less than could have been hoped and both ladies have misogynistic supervisors. They deal with hostile working environments, but suffer from different forms of harassment.

Ji-Yoon’s supervisor is Min Jung-Hak—a renowned professor, who uses his position of authority to take advantage of his graduate students. Throughout Ji-Yoon’s studies, Jung-Hak constantly assigns grunt work to her; and if he gives her more extensive projects, he takes credit for her work.

Angela, on the other hand, reports to Alberto Scordato—the Getty Museum’s director, who is surrounded by rumors of predatory sexual behavior. Unfortunately for Angela, Alberto has his eyes on her; and he constantly makes Angela feel uncomfortable with his inappropriate advances.

Besides characters and concept, the premise of both stories rests on mysterious paintings.

Ji-Yoon is a hard-working student, determined to accomplish all of her assignments and obtain her doctoral degree; however, she also has integrity. Although Ji-Yoon excitedly accepts her thesis assignment on a recently discovered centuries-old painting called An Gyeon’s “Geumgangsando,” she is morally conflicted. As she continues her research on the artist and his works, she questions the artwork in front of her. To the untrained eye, the painting looks authentic. Upon closer inspection, however, the brushstrokes on the current artwork are not the same as An Gyeon’s distinctive painting style.

Therefore, when Ji-Yoon receives the honor of agreeing with Jung-Hak’s authentication of “Geumgangsando” and announcing the long-lost work as a national treasure, her strong sense of morality prevents her from completely supporting her professor’s assessment. Instead, Ji-Yoon states that she would like more time to analyze the painting.

Unfortunately, Ji-Yoon’s ambiguous answer casts doubts on the authenticity of the painting in the art world. As a result, the humiliated Jung-Hak retaliates and uses his influence to expel her from the university and discredit her in the art community. Instead of breaking Ji-Yoon’s spirit, however, Jung-Hak’s actions fuel her determination to locate the real “Geumgangsando.”

As for Angela, she is suffering from insomnia due to her vivid dreams about a mysterious painting and the relationship between Leonardo Da Vinci and Fioretta. So, in addition to battling headaches at the museum, Angela attempts to evade Alberto’s uncomfortable advances.

Unfortunately, Alberto does not respond kindly to refusals and tries to rape Angela. Although she narrowly escapes from Alberto and storms out of the museum to never return, she is left without an internship position or job. Fortunately, a mutual acquaintance recently introduced Angela to Alex Caine—an art detective; and coincidentally, he is trying to locate the mysterious painting that is plaguing her dreams.

Angela accepts Alex’s offer of being his partner in finding the elusive painting; and in the process, she hopes to discover the meaning behind her dreams. Unbeknownst to Angela, however, her dreams or visions also occurred during the day in the museum; and her strange behaviors did not escape Alberto’s attention. With a little deductive reasoning, Alberto concluded that Angela was somehow connected to the mysterious artwork, which he also wants to locate in the hopes of getting rich.

The race to find the paintings begins; and the competition is not going to be friendly. But since the hunt for the artworks is just starting, you have probably already concluded that my evaluation of the two works is also just beginning. Give yourself some time to watch Saimdang and read The Girl Who Knew Da Vinci and make the judgement yourself. In my opinion, I haven’t given you any crucial spoilers—yet.

(Written by Ross Phan. Ross is the founder of Off Script Consults, which strives to improve the quality of life and financial outcomes of patients and their caring providers. Ross currently resides in Colorado, with her husband and two dogs. Find out more about Ross through social media (LinkedIn, Facebook, Twitter, Instagram, and Pinterest) and her website.)