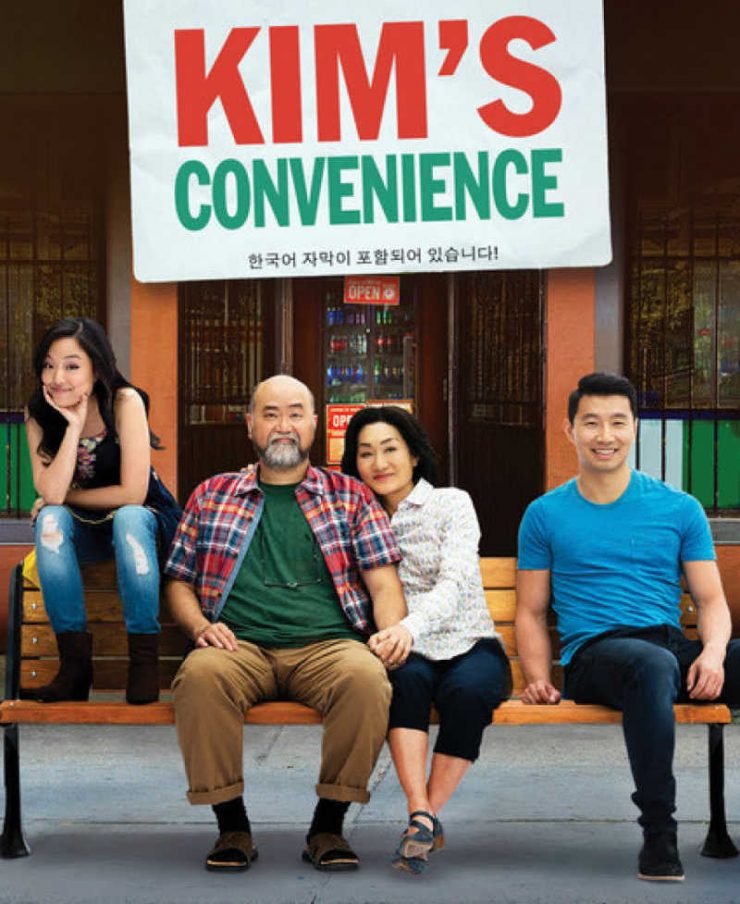 Recently, I binge-watched Kim’s Convenience. I went through its two full seasons of 13 episodes each in just three days. Riveting. It’s a shame I kept delaying seeing this ‘till now—it’s been sitting on my what-to-watch-next-on-Netflix list since last August. Well, with the whole rise of Asian-driven films in Hollywood, such as Crazy Rich Asians, Searching, and To All The Boys I’ve Loved Before coming through, I finally paid attention and gave Kim’s a shot.

Kim’s Convenience is a Canadian TV show that proudly stands among today’s international crop of Asian sitcoms. As usual, it’s heartwarming and refreshing to see our people and our stories. Although I’m not a Korean Canadian like the Kims, the cast remains relatable and their storylines mirror the experiences of many Asian families. It felt personal, mirroring the dynamics of growing up and living as a minority. Perhaps that’s what sets Kim’s Convenience apart from other sitcoms: while it’s just as funny, the show doesn’t think twice about putting controversial plots front and center: homophobia, stereotyping, racism (sometimes internalized), slut shaming, and sexist comments—showing flaws and mistakes in its characters which would certainly make its audience raise their eyebrows.

Because I certainly did raise my eyebrows. The negative side of the sitcom I instantly noticed got a stoning from its audience and critics, and I did indeed find parts cringe-inducing. For example, its debut episode is called “Gay Discount” and the main character, Mr. Kim aka. Appa, shows ingenuine understanding and support for the community’s parade, even commenting “We’re Koreans but we don’t make noise in the streets saying we is Koreans!” If you’re queer like me, this gives an unpleasant impression, if not a whiff of outright homophobia.

See, most of the time when people talk about Kim’s Convenience, they only mention the hilarious scenes, but while the gags and jokes are fun there are also beautiful moments that show raw human emotion and compassion. When Janet decides to move out, her parents feel far more separation anxiety than they expected, especially Umma aka. Mrs. Kim. She goes on to explain about her migration, experiences that her kids didn’t know about, revealing her parental struggles and sacrifices for the better. In this moment we see the vulnerability which provides another level of depth to the “immigrant” and “mother” arc. While Mrs. Kim may have a strong personality and keep everything organised and together, she didn’t have it easy.

And remember when Mr. Kim chooses to make amends with Jung? The elephant in the room. The cold war that is this father-son relationship. We don’t get a large emotional outburst from Mr. Kim. Appa is always shown having a temper, but this moment changes it and makes it run deeper. It was this brief scene that showed his complex emotions of wanting to just be together as one family again.  Such simple, mundane moments, are what makes Kim’s Convenience truly special.

Still, the highs of these characters are also matched by their lows. While Mrs. Kim won hearts for her role as an overprotective mother, I would also call her out for the “Frank & Nayoung” episode, where slut-shaming comes in the picture as she repeatedly harangues her niece, Nayoung, because of what she’s wearing. Although her daughter, Janet, called her out as well, this sort of stuff set me to pondering how one show could all at once be progressive yet also slip into this backward ways of thinking.

In contrast, the son Jung was met with a warm reception when he spoke up for his boss Shannon when she was verbally harassed. It was quick, but there’s a sense of power when you see two of the most easy-going characters protecting each other. “I’m proud of us, we’re being the change,” Shannon tells Jung.

Then we have Gerald, Janet’s friend who dislikes confrontations but stands by her side and voices the problems with obviously sexist work in their photography class. Though awkward and nervous, Gerald acknowledges the respect and boundaries the guys have for the ladies as well as the wider issue at hand. This subtly shows good examples of how to cover such topics.

Asian actors have had a rough history getting into mainstream media, let alone getting proper roles or telling their own stories. Arguably, we’re at a point in time where opportunities are growing. I had my doubts about Kim’s Convenience at the start, thinking it’s just another comedic dysfunctional family TV sitcom—and while it is that, to an extent, it also showed it was more than that. Sure, it makes the audience laugh, but there’s something special when we also see the beauty in the simple moments we go through in life, like part of their family. How different and alike we all are.

Still, I wasn’t blind to the show’s flaws. There are still many exaggerated stereotypical tropes, not only among the Asian actors but also with the rest of the cast, which is pretty diverse. There is that whole homophobia thing, a scene where they equate black people with thieves, fixed marriage is treated as a norm, slut-shaming, and the list goes on. This rubbed me the wrong way, but I understood the show’s juxtaposition formula of contradicting them afterwards.

That lead me to finally liking the show. Its flawed characters and plots feel real and necessary. I find it intriguing, yet clever, how the show went beyond the family’s box-tapping interactions with their outside world. Race, culture, gender, sex, politics, religion are no longer taboo. These are not new stories, but they are valuable stories and it’s a win to see them from another narrative and perspective. Kim’s Convenience successfully portrays the experiences of its characters without ever becoming something that could be easily dismissed as just another “funny” show.

Kim’s Convenience teaches us to show more empathy and understanding. Not only inside our conflicted-yet-functioning families, but also outside the four corners of our houses, among friends and neighbours. Now, if you’ll excuse me, I’m just going to wait here ‘till the new season drops in January.

Avoid the FOMO and watch Kim’s Convenience this on Netflix now! #okseeyou!