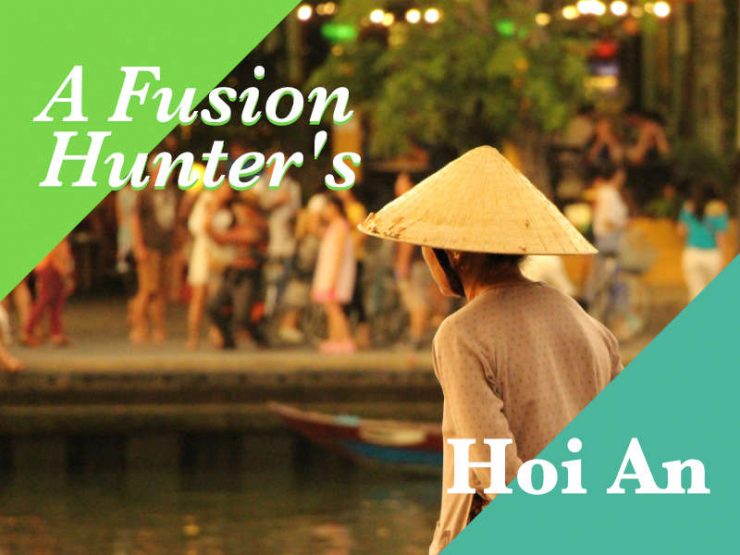 Are you tired of skyscrapers and endless traffic? Escape to Hoi An and travel back to the 18th century and a collision of cultures. Hoi An used to be a major port, heavily influenced by the visiting traders. The Chinese, Japanese, Dutch, and French, who later occupied the region, all left their mark.

The entire old town was declared a UNESCO World Heritage site in 1985 and is now reserved for pedestrians. The pastel buildings, hanging lanterns, and slow pace bring out the charm of Hoi An, mixing the elegance of three centuries ago with delicious fusion cuisine perfect for the 21st century

Check into the old town

A post shared by LANTANA RIVERSIDE BOUTIQUE (@lantanariversidehoian) on Jul 7, 2018 at 7:10pm PDT

Fly to Da Nang airport, but don’t delay and take a taxi straight for Hoi An—it’s a 45-minute drive so you can check into the Lantana Riverside Hoi An Boutique Hotel & Spa to enjoy the quiet river view before noon. With friendly staff, excellent breakfasts, and a pool, the only problem with the hotel is that you won’t want to leave. If you prefer to stay a little closer to the old town, Anantara Hoi An Resort is fifteen minutes from the town center in a lovely 1920s building that makes it worth the splurge. Alternatively, stay out in the countryside for serenity on a budget with Herbal Tea Homestay and take advantage of their free bike rental.

Go straight into the old town for some traditional Hoi An cuisine—it’s a fusion of Chinese and Vietnamese food that will leave you hungry for more. Rice Drum is a beautiful restaurant near the riverfront that will give you value for your money. For starters, try the Hoi An signature white rose dumplings and rice paper spring rolls. The dumpling is named for its shape, usually with a pork or shrimp filling. For mains, their Cao Lau, a local noodle dish made with water from an ancient well, is a must. If noodles are not your thing, the chicken rice of Hoi An is different from the usual Hainanese found across Southeast Asia, but equally tasty.

European and Chinese influences are evident in all of the buildings in the old town, but some are especially outstanding. Start your exploration with the assembly halls. Built by Chinese traders, each hall was set up by traders from different regions to serve as their ancestral temple. The most famous is the Fujian Assembly Hall built by the Hokkien population with its classical Chinese forms. Another worth visiting is the Quang Trieu Assembly Hall of the Cantonese.

Many Japanese had also settled here in the 18th century, and the Japanese Bridge was built to connect their settlement. With its intricate roof and small temple inside, it is a famous Hoi An landmark. If the weather gets too hot, escape to Reaching House Tea House, a serene cafe that trains and employ deaf and mute locals, which offers great tea and a serene environment.

As the sun begins to set, return to the streets to admire the French colonial buildings as lanterns are lit, illuminating the many restaurants and bars by the canal advertising their happy hour offers. Before dinner you can sit and relax with a cocktail and enjoy the colors of the sunset. The canal is heavily silted, which is partly why Hoi An went into decline as a port city, but many local fishermen still operate their boats there.

For dinner it’s time for a seafood grill in one of the small restaurants across the bridge on An Hoi Island. Red Gecko is a good place to try, although almost all of the restaurants on An Hoi Island sport charcoal grills ready to turn the fresh catch into delicious meals. Alternatively, go local and sit on bamboo chairs by the river with a street vendor. The most common dish is grilled meat with lettuce. Wrap the meat with the lettuce leaves and eat it like a dumpling.

When the stars are out is the perfect time to head to Hoi An Night Market on An Hoi Island, across the canal. Extending across the island for 300 metres, you’ll find much more than just street food. This is the perfect place to buy souvenirs for friends and family, with everything from fridge magnets to local silk products and painted coconut bowls. However, the most famous remain the silk lanterns that have become a trademark of Hoi An. There is no better craftsmanship or place to place to buy it. If you like the idea of lanterns, but don’t want to cash out for a silk one, paper lanterns are available along the river once night falls. It is a tradition for people to release lit lanterns on the river with a wish, and the tradition has become popular with both domestic and international travellers.

Hoi An is well known for its crafts, and you might want to plan your souvenir shopping in advance of your trip.

Reaching Out Arts & Crafts is run by the operators of the Reaching Out Tea House. Everything sold by this social enterprise is fair-trade, with Vietnamese products crafted by Vietnamese people.

Hoi An is also famous for its tailoring. With only a weekend there, it is difficult, though not impossible, to get something made. It works best if you already have an idea of what you want and visit the tailors as soon as you arrive to get your order in. Some tailors offer shipping if the item is not finished in time, so check if it’s available.

Start your morning bright and early with a visit to the Museum of History and Culture, which opens at 8:00. The museum houses a selection of photos, artefacts, and ceramics which tell the history of Hoi An from two thousand years ago to its zenith under the Da Viet, though most exhibits don’t have English descriptions.

If time permits, do also pay a visit to the Quan Am Pagoda, which is right next door. It is dedicated to the Lady Buddha and was built in the 19th century.

If you’re a culture-loving foodie with two hours to spare, you can instead take a class on making quang noodles. Quang noodles are distinctive, with just a little broth to accompany the noodle. You have a chance to learn from a local family whose recipes had been passed down through the generations.

(Written by Cheah Nam. Cheah was born in Hong Kong, studied in the UK, and is now based in Hong Kong again. She has written for Remotelands, SCMP Style, Student Universe, Spacious, Top5, and on her blog, Laugh Travel Eat.)