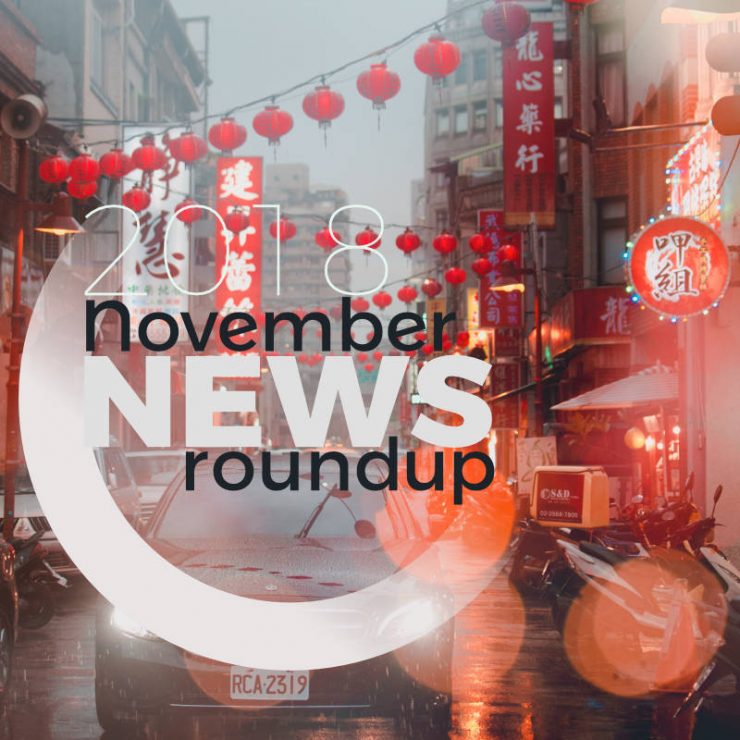 Several women’s rights activists have been imprisoned in Saudi Arabia since May this year, and subjected to psychological and physical torture during interrogation, according to four people familiar with the conditions of the activists’ detention. The accounts mention sleep deprivation, beatings, electrocutions, and flogging. Among the detainees are advocates arrested for campaigning to lift the kingdom’s longstanding driving ban for women. Amnesty International released a report confirming that several also faced sexual harassment while imprisoned.

Amnesty’s Middle East research director, Lynn Maalouf, commented on the situation, “Only a few weeks after the ruthless killing of Jamal Khashoggi, these shocking reports of torture, sexual harassment and other forms of ill-treatment, if verified, expose further outrageous human rights violations by the Saudi authorities,” she said. Despite the revelations, the women activists continue to be detained and subject to violent treatment.

In mid-November a 77-year-old coach was brought to court for sexually assaulting an athlete during a massage eight years ago, when she was only a teenager (the athlete’s identity remains anonymous). This marked the first #MeToo case to be brought to court in Hong Kong. Despite signals of progress, in the end the judge Lin Kam-hung declared the coach not guilty as there was reasonable doubt in the evidence provided. Mr Lin did, however, praise the athlete for speaking up publically despite being under great pressure. Despite disappointment, many commend the athlete for raising public awareness on an issue that is often swept under the rug of cultural conservatism in Hong Kong.

In the same month, former Hong Kong actress Yammie Lam was found dead in her flat on November 3. The 55-year-old had made the headlines recently after revealing that prominent actor Eric Tsang had allegedly raped her in the past. Following her death, a close friend commented how Ms Lam was planning to make a comeback in the media industry with a remake of One Flew Over the Cuckoo’s Nest to prove that she was “not crazy, just persecuted.”

In 2013, sisters Tien Nguyen and Thuong Sobey founded the revolutionary Breast Cancer Network Vietnam to spread knowledge about the early detection of breast cancer and to improve the quality of life for women with the disease. Ms Nguyen and her sister made the decision to start the organisation when the late Ms Sobey fell sick with breast cancer in October of 2012, and they found little information available.

After a rocky start in even quitting briefly, Ms Nguyen is now the co-founder and CEO of Breast Cancer Network Vietnam, with a network 300-400 breast cancer patients and 5,000 volunteers. The organisation continues to offer services to those affected by breast cancer, including a wig library, awareness campaigns, and dedicated activities to connect women.

In related news, Oncology Hospital and the Supportive Fund for Cancer Patients launched a free screening program on Vietnam’s Women’s Day for 1,200 women over the age of 35 on october 20. Breast cancer is the most common form of cancer for Vietnamese women, and the second most common form for women worldwide.

Italian luxury brand Dolce & Gabbana suffered immense losses after posting three videos in a series titled “Eating With Chopsticks” on their official Instagram account. The videos, accompanied by traditional Chinese music and props in the backdrop, depict a Chinese woman struggling to use chopsticks to eat pizza, cannoli, and spaghetti. Outrage followed over the sexualization and fetishization of a Chinese actress in the racist and orientalist portrayal of Chinese culture through a Western lens.

The controversy escalated when the Instagram account Diet Prada released a series of Instagram private messages where Stefano Gabbana defends the advertisements, while referring to Chinese people in derogatory terms. Following the scandal, dozens of celebrities, including Li Bingbing, Chen Kun, and Zhang Ziyi, said they would boycott their upcoming multimillion dollar, one-hour runway show in Shanghai. In the end, Dolce & Gabbana cancelled the show.

Dolce and Gabbana has also been dropped by e-commerce giants Alibaba, JD, and Yoox Net-A-Porter, as well as Lane Crawford. Mr Gabbana later posted a video on social media claiming his Instagram account was “hacked,” and that they have “nothing but respect for China and the people of China.”

In a report made early this month, student journalists from one of Indonesia’s most prestigious universities, University of Gadjah Mada in the state of Yogyakarta, revealed that the institution attempted to cover up a case of sexual assault against one of its female students during a school-sponsored community service trip. The piece, released on November 5 via the campus news site Balairung Press, reported on the experiences of a student named Agni while on a trip last year in Maluku, in Eastern Indonesia, where a male classmate came into her hotel room and raped her.

When details of the sexual assault spread amongst the university’s students and officials in Maluku, the university’s staff allegedly dismissed the story, blaming the victim for the incident. Agni also received a low grade for her paper, with one lecturer reportedly telling her it was because of the “shame” she had caused to the university.

Legal action was never taken against the perpetrator, nor was he expelled from the institution. As a result of its cover-up and inaction the university is now facing a vociferous backlash.

On November 1, thousands of Google employees and contractors around the world staged midday walk-outs from their offices across Asia, Europe, and North America, as a result of the company’s handling of various cases of sexual misconduct by managerial staff. The walkout came after a shocking report released by The New York Times revealing how the company had dismissed, ignored, and even covered-up stories of sexual harassment by its male employees, and in some cases even induced victims to sign confidentiality agreements to ensure information would not be leaked. This included the creator of Android mobile software, Andy Rubin, whom Google praised and paid $90 million while refusing to disclose his sexual misconduct against another female employee.

Thousands of staff also protested against gender inequality and systemic racism within the company. Online, campaigners posted a list of five demands, including a commitment to end pay and opportunity inequality and greater transparency in sexual harassment reports.

The second week of November was marked by Transgender Awareness Week, a week leading up to Transgender Day of Remembrance on November 20, raising awareness of continued violence and discrimination against transgender people around the world.

Earlier this month, following a raid targeting LGBT+ individuals on a beach in Labuhan Jukung in Indonesia’s province of Lampung, three transgender women were arrested, taken to a government building, subjected to “Islamic guidance” and hosed down by police officers to “ritually cleanse” them. The incident sparked outrage in the LGBT+ community, with advocacy groups urging the government to stop the persecution of gender and sexual minorities. This was not an isolated case of police action against gender minorities. A few days after the incident, ten women were reportedly arrested in West Sumatra on suspicion of “lesbian activity” in Indonesia. The head of police for the case revealed that Indonesian authorities are receiving reports on suspected LGBT+ activities “almost every day.”

On the other hand, it is worth mentioning that since 2016 Audrey Tang has been the world’s only transgender person holding a cabinet-level position as minister without portfolio to Taiwan’s Executive Yuan, the executive branch of the government of Taiwan. Since then, she has been the first and only transgender minister in the top executive cabinet to exist around the world.