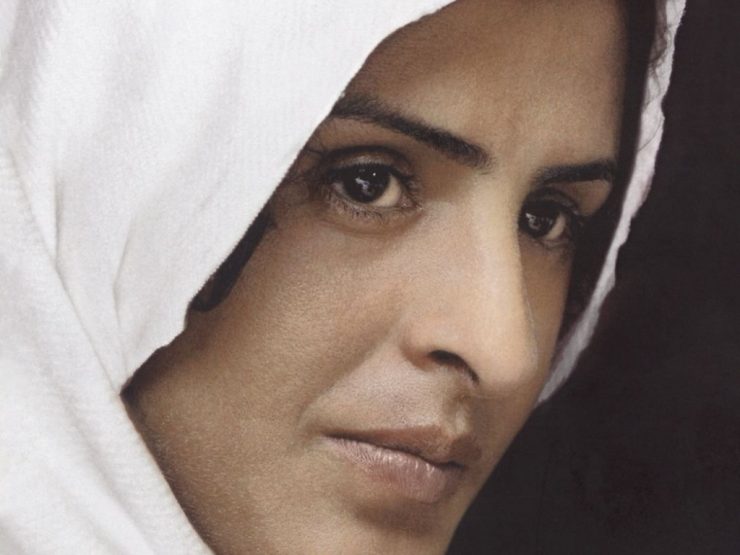 Mukhtaran Bibi, who is now widely known as Mukhtar Mai, is a Pakistani woman from a small rural village called Meerwala.

On 22nd June 2002, Mukhtar Mai was gang-raped by four men of the local tribe of Mastoi.

During the investigation, another story was revealed.

First, Mukhtar’s little brother and then a 12-old boy, Shakoor, was kidnapped and raped by three men from the Mastoi tribe. As Mastoi is more powerful than Shakoor’s family, the rapists asked the boy to keep quiet. Shakoor refused to do so. Then, one of the rapists, Khaliq, accused the 12-year old boy of having sexual affairs with his sister, Salma.

So, as per the custom of the region, a tribal council was involved to settle the dispute. The council concluded Shakoor should marry Salma while Mukhtar is married to a Mastoi man. Khaliq the rapist and other Mastoi men refused and rather suggested that they would ‘forgive’ Shakoor if Mukhtar came to apologize for what her little brother did. But when Mukhtar arrived at the house of a Mastoi man, she was brutally dragged to a nearby hut and was gang-raped by four Mastoi men while ten other people watched.

The following Friday, when people of the area were gathered for the weekly prayer, the imam of the local mosque spoke up against the happening and said that this is injustice and Islam demands everyone to fight a holy war against it. People were convinced by the imam and decided to stand by Mukhtar’s side. The imam arranged for journalists in the area to meet with Mukhtar’s family and the incident became a national story in Pakistan.

Mukhtar was encouraged by the support so she filed her case against the Mastoi tribesmen. In a culture where a rape victim is expected to kill herself, Mukhtar pursued her case with courage and bravery. Per Mukhtar’s identification, fourteen suspects were arrested by police. The case started to get international media attention. By July 3rd, the BBC had picked up on the story. Time magazine ran a story on the case five days later.

The Government of Pakistan gave Mukhtar 500,000 rupees (about 4,518 USD) as compensation. Two months after the incident, the lower court sentenced six men from the Mastoi tribe, including four rapists, to death for rape.

It would have been better if her struggle ended at this point. But it did not.

Three years later in 2005, the Lahore High Court acquitted five of the six convicted, and reduced the punishment for the sixth man to a life sentence.

The Government of Pakistan didn’t leave Mukhtar alone, either. In June 2005, shortly before Mukhtar was scheduled to fly to London on the invitation of Amnesty International, she was put on Pakistan’s Exit Control List (the “List”), a list of people prohibited from traveling abroad. Pervez Musharraf, then the president of Pakistan, admitted to the press that he did not “want to project a bad image of Pakistan.” It’s anyone’s guess why the government decided persecuting a sexual assault victim rather than setting a strong role model for Pakistani woman projected a better image of a country.

In the same month when Mukhtar got invited to visit the U.S., she fell “virtually under house arrest.” According to The New York Times columnist Nicholas D. Kristof, “government officials ferociously berated her for being unpatriotic and warned that they could punish her family and friends.” After getting a U.S. visa, her passport was confiscated. Only in late June 2005, after revived international criticism, was Mukhtar’s passport returned to her and Musharraf wrote that “Mukhtar Mai is free to go wherever she pleases, meet whoever she wants and say whatever she pleases.”

Still, in 2007, The New York Times reported that Mukhtar was living in fear for her life at the hands of the Pakistani government and local feudal lords. In 2011, six years after the appeal by Mukhtar and the government, the Supreme Court of Pakistan also acquitted the five accused rapists.

One dramatic incident can turn a survivor into a hero. But it takes substance for a person to endure years of struggle that usually corrodes willpower. Mukhtar Mai is truly a lady of substance.

Mukhtar used the compensation money to set up a school in her village (so far she has built two). She enrolled in the elementary school she built, and in June 2005, the day after the government practically released her, she went back in class as a fourth grader. When the Supreme Court released the suspects, putting Mukhtar in greater danger, she vowed not to shut down her school. When one of the prime minister’s aides offered to take her to the U.S. same month, she reportedly said no, “I only want to go of my own free will.” How mighty that will is. Ever since the outrageous incident, she has refused to shut up and has campaigned against honor killings, rapes, and acid attacks against women.

Mukhtar has also established “Mukhtar Mai Women’s Organization,” whose primary focus is to provide education, advocacy, and training to the rural women of Pakistan and to make them aware of their rights. The Organization also provides shelter and legal aid to women who have faced injustice. The head office of the foundation is based in Meerwala (Mukhtar’s village). This foundation has reached countless rural women and has helped them. Her foundation is particularly focused on young girls to keep them in schools and prevent their early marriages.

Now, she is a world-renowned strong advocate of women’s rights and education. On November 2005, the U.S. Magazine Glamour named Mukhtar as their Woman Of The Year. In 2006, she spoke at the United Nations headquarters and her memoir was released (it was eventually translated into 23 languages). In 2007, Mukhtar received the North-South Prize from the Council of Europe for her commitment to the defense of women’s rights in Pakistan. Mukhtar Mai is now happily married and has settled in life, but her struggle for the women’s rights has not stopped.

I first heard of Mukhtar Mai’s story while attending a conference in the Allama Iqbal Open University in Islamabad, Pakistan, arranged by the Gender and Women Studies department. It filled me with anger. I’m working on a book which talks about the cultural norms and women’s exploitation in the name of religion and culture so you can imagine this story was close to my heart.

Mukhtar’s courage is amplified when you think about the norms she faced. Sexual violence is a problem worldwide, but it’s relatively easier to be an advocate of women’s rights when your cosmopolitan city is filled with educated and independent women, backed by numerous charity events and a reliable judicial system. By now you know that Mukhtar is from an entirely different background. Nonetheless, she not only stood up for her own rights but has also become the source of strength for other women.

We can not only learn from her, but be like her. Don’t forget that there was an imam who stood up for her, the villagers who supported her, a little boy who refused to be silenced, the journalists who didn’t give up on her story, an entire domestic and international community who supported Mukhtar with heart and donations. Pakistani women I know are very brave and talented but face a lack of awareness and financial independence. Mukhtar’s story is another example that by connecting to the international community women from any background can not only educate themselves but can also offer their services to the international world.

(Written by Roheena Sajid. Roheena is a journalist, writer, and women’s rights activist in Pakistan. She is also working for Allama Iqbal Open University in Islamabad, Pakistan to teach “Gender and Women studies” at the masters’ level.)