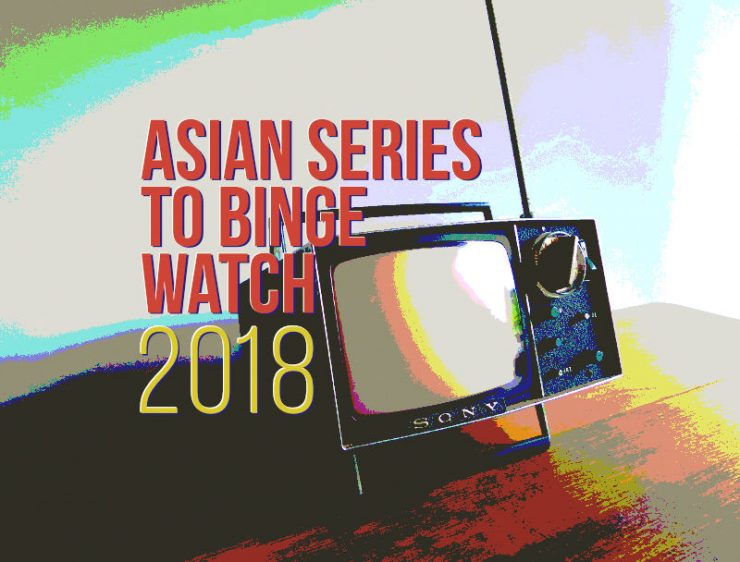 December can totally be a busy month for most of us. Nevertheless, we all love our ‘me time’ moments at home, watching shows that take us on a rollercoaster of emotions. Before 2018 ends, we thought of rounding-up some awesome Asian TV series to accompany you on your holiday break.

A Taiwanese Tale of Two Cities

If you’d like to give your December a whiff of sweet sentiments, this Netflix Original makes a heartwarming watch. It’s about how a young Taiwanese woman and a Taiwanese-American woman living in California went on a journey of switching homes to ‘find themselves’.

This feel-good show inspired by the Charles Dickens classic is filled with romance, humor, as well as the charming cityscapes of Taiwan. It also dives into different cultural perspectives through the lens of modern women.

Miss Hammurabi is a Korean legal drama that appeals to the heart and mind of the viewers through its brilliantly written plot (written by a chief judge of the Seoul district court). It tells the story of how three judges, Park Cha Oh Reum (Go Ara), Im Ba Reun (Kim Myung Soo) and Han Se Sang (Sung Dong Il), solve a number of civil cases from their varying principles and ideals in the pursuit of justice.

What’s notable about this drama is that it probes the jarring realities that surround the justice system without limiting its narrative to lengthy court battle scenes. It teaches us life lessons in a heartfelt manner as it lets the viewers relate to the characters by understanding their own unique perspectives.

The detective crime genre is usually a forte of Japanese dramas and if you don’t have 20 episodes to spare this busy holiday season, ‘Mikaiketsu No Onna’ can satisfy your detective cravings in just eight episodes.

Detective Tomo Yashiro (Haru) is forced to adjust from her action-packed field work to a mundane desk job at the crime investigations division after sustaining severe injuries. She then meets senior detective Narumi Misa (Suzuki Kyoka) and together, despite their contradicting personalities, they began to solve cold murder cases with her using her ‘special abilities.’

Is it really possible to fall in love with the same person who repeatedly broke your heart? Just like how the main characters in this drama gave up on each other several times, I also gave up on watching ‘The Third Charm’ a few times before realizing that the minute arguments are very much needed for their in-depth character developments.

This drama revolves around the 12-year love story of On Joon Young (Seo Kang Jun) and Lee Young Jae (Esom) as it takes a very detailed path through the euphoric and agonizing realities of loving someone. The first three episodes might be a bit painful to watch (considering all the childish bickering) – but with patience, you’ll see how the story unfolds flawlessly towards the end.

The year 2018 brought us many memorable shows on our TV screens. Netflix expanded and rooted further in Asia with more collaborations beyond your easily reachable Korean dramas. Korean dramas showed more variety of themes with the inner-workings of judges (Ms. Hammurabi), doctors (Life), and even prisoners (Prison Playbook). With all the talent and attention pouring into Asian dramas, we’re already excited about the list of titles being readied for next year.