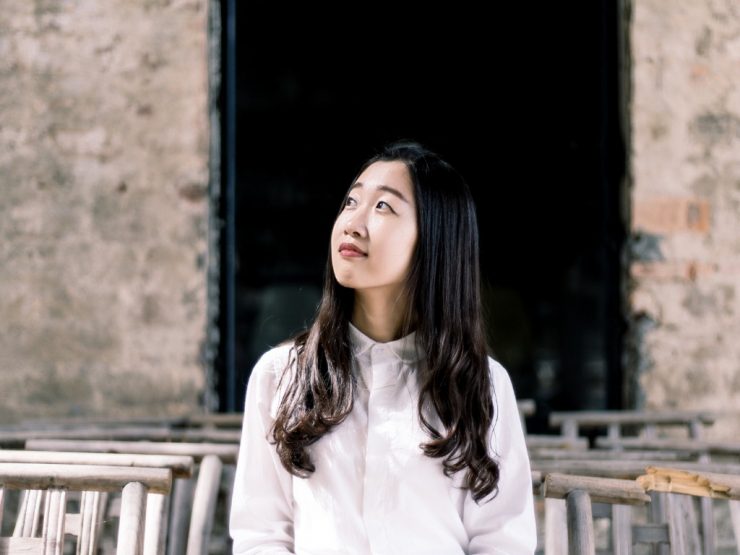 Born in 1985, I feel awkwardly surprised whenever I’m reminded that I’m a millennial. Aren’t millennials the YOLO-ing, obsessively connected, book hating youngsters who only care about avocado toast and plastic straws? I still don’t know how to use Snapchat or hashtags, and I do like paper books.

Nonetheless, the media doesn’t fail to bring up the term whenever the business scene changes on a mass scale. According to the media, we millennials destroyed (or “disrupted,” like a naughty kid in a playground) books, records, shopping malls, and now we’re after the poor fishermen by not owning a tuna can opener. What about the century-long progression of technology and major corporations’ failure to adapt and other economic factors, readers may wonder. Ah, complex theories seldom make good clickbait. When in doubt, sprinkle ‘millennials’ and ‘Trump’ in a headline (see what I’m doing here?).

So let me, as a millennial, tell you, the baby boomers or the seniors of our society. We’re not the generation of privileged brats portrayed in media clichés. What we have is social progress. The majority of the population, namely the people of color and women, are now treated more normally than ever. The financial privilege, we don’t have. On the contrary, we’re poorer than you. We cannot afford the house you used to own before the subprime mortgage disaster. We compete with the whole global population and robots for a decent job. We seem to go after the easy stuff because that’s the only stuff we can afford. Because you f**ked up the hard stuff like housing, the job market, and savings.

Take a look at my country of South Korea. When our parents entered society in the 80’s, South Korea was one of the four ‘dragons’ of Asia for its economic boom. A young man was expected to get a stable job after graduation, get married and buy a small house/apartment with a loan, and move every two to three years, till they had two kids and three bedrooms. Then they somehow lost all. The nation went bankrupt in 1997 and it had to beg money from the IMF. I don’t know what the government did, but my beloved Korean folks cleared up the mess in four years, donating their personal heirlooms. Still, when we entered society in the early 00’s, we inherited the aftermath.

And the people of power in South Korea somehow f**ked up again. Rather than solving the structural problems, starting from too much concentration on conglomerates, now the economic inequality in Korea is worse than ever. The entire country watched on live TV as the adults let three hundred kids drown by not using their money and resources (which triggered outrage against the conservative regime and ended up with nationwide protests and the impeachment of the then-president). The average youth knows that they cannot afford an apartment in the capital city even with a life’s worth of saving. The affluent Gangnam area of Seoul was heavily developed in the 80’s and 90’s. An apartment that cost about $25,000 in the 80’s is now priced at $1,000,000. While houses have become 40 times more expensive in three decades, living expenses and thus the average salary only went up four-fold.

Now South Korea is too developed to be called an emerging power, but Korean youth call the nation ‘Hell-Joseon’ (hellish Korea), not because we’re ungrateful softies but because our prospect in life is breaking down and we feel the burn on a personal level. The government, seeing Japan next door importing a labor force due to low birth rates, which are still higher than ours, complains that young people don’t produce the workers of tomorrow a.k.a. babies. We’re not selfish. We just cannot afford a child.

Some want kids, some don’t. Everyone needs a prospect in life to look forward to. Because we cannot expect big dreams like a house and a new family, we settle for small joys, like a $5 latte and a cat. We’re obsessed with the newest technology because that’s the necessary skill to survive now. Little kids want to be landlords or idols because the older generation didn’t show them examples of traditional jobs succeeding honestly.

I lament the loss of small bookshops and record stores as well, but choosing the better service is as natural as your grandparents choosing cars over carriages. Blockbuster should have learned from Netflix, and Barnes & Nobles shouldn’t have treated Jeff Bezos like a young punk when he came up with Amazon.

Of course, nobody can foresee the future and it’s humane to stick to the old strategy that worked. I know you, the baby boomers, did your best in the given situation for a better future for us. We’re doing the same. We make a bunch of startups to adapt to this new world that your technology has created. We talk of eco-sustainable-local stuff because we’re worried.

We do make blunders like Juicero or the artisanal chicken coop. We may fail big time once we grasp the real power, like you screwed up a nation with Brexit or all of humanity with global warming. We know you meant well even when you, after finally ending the cold war, instead of fixing the world, invented the stupidest war called the trade war (the name is already a paradox).

Every generation has its share of achievements and failures. We own them as personal pride and regret. As an ancient Greek complained about ‘kids these days’ on a temple wall, our kids will grumble the same way in 30 years on whatever mobile platform they use. Just don’t blame the next generation for something they were not responsible for.