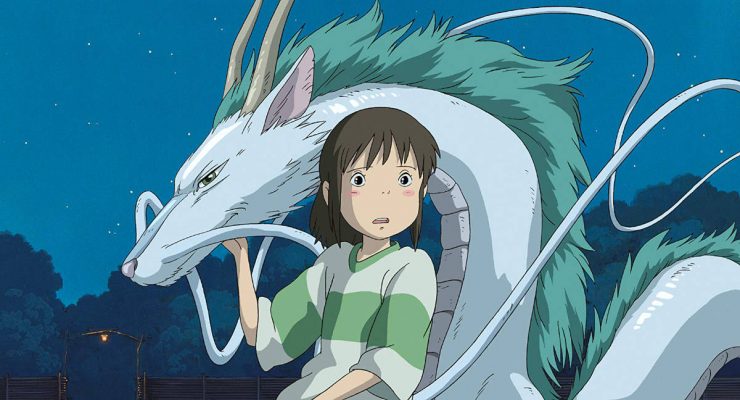 Life is simple. Humans make it complicated. Or at least that’s how I perceive things over time. Spirited Away, one of Hayao Miyazaki’s masterpieces, is one of the few anime features I’ve seen to accurately take a subtle look at life’s complexities.

It tells the story of a girl, Chihiro, who was trapped in an abandoned theme park turned into a world of spirits. With her parents mysteriously transformed, she took a job in the peculiar land to return her family to the outside world. This plot reeks of the making of a young heroine I never knew I needed.

Enchanting is the simplest term to sum up fantasy films like this. I could go further into the rich details, how beautifully and meticulously drawn everything is, but I reckon you must see it for yourself. I was in awe of the innocence, the candid and boundless imagination of all the characters and the story.  I’d never seen a crowd of odd beings like this.

But in spite of the fathomless creativity, what hooked me was the juxtaposition between the beauty and honesty of our childhood and the despondency and struggles we meet through adulthood. Spirited Away enchantingly captures life’s imperfections through a child’s lens. An abundance of metaphors that strongly mirrors life’s seven deadly sins.

The plot is loaded, highlighting the first, gluttony, when we’re witness to Chihiro’s parents punished for the vice of gobbling someone else’s food. Meanwhile No Face lures the workers with stack of golds, forcibly manifesting greed, embodying the materialism that causes our addictions and disorientations in life.

Then there’s Yubaba, who develops a stinking envy for wealth and wrath with her destructive habits of temper and manipulation. Her baby becomes the sloth, spending its entire life pampered. Meanwhile her right hand man, Haku, is condemned by pride, visible in his verbal isolation.

This tale excels at executing two different perspectives at once and it’s important to recognise both journeys because this is reality. Its portrayal of routine, monotony, and boredom intertwines with our own complex lives: the constant busyness, repeating the same task over and over, life losing its meaning.

I admire how Miyazaki showed it all through a young girl’s eyes. We see everything that’s forgotten. The child’s stubbornness, courage, love, generosity and loyalty that creates and balances the depths of the show’s underlying narratives. There are so many heartwarming moments and that is what Spirited Away wants us to remember: to dwell within those good moments.

Spirited Away reminds us that people do good and bad things, and there’s something so true to that odd feeling, when you’re wrong and right at the same time. Chihiro shows that life can remain manageable despite the chaos around us.

Miyazaki’s works truly offer something. The perfect holiday binge with silly, captivating, diverse stories. And a disclaimer, since I talked about the deadly sins, lust isn’t present—after all, it is a children’s movie—what is present is an unbelievable, emotional story. Released in 2001, it remains the highest grossing Japanese film of all time.