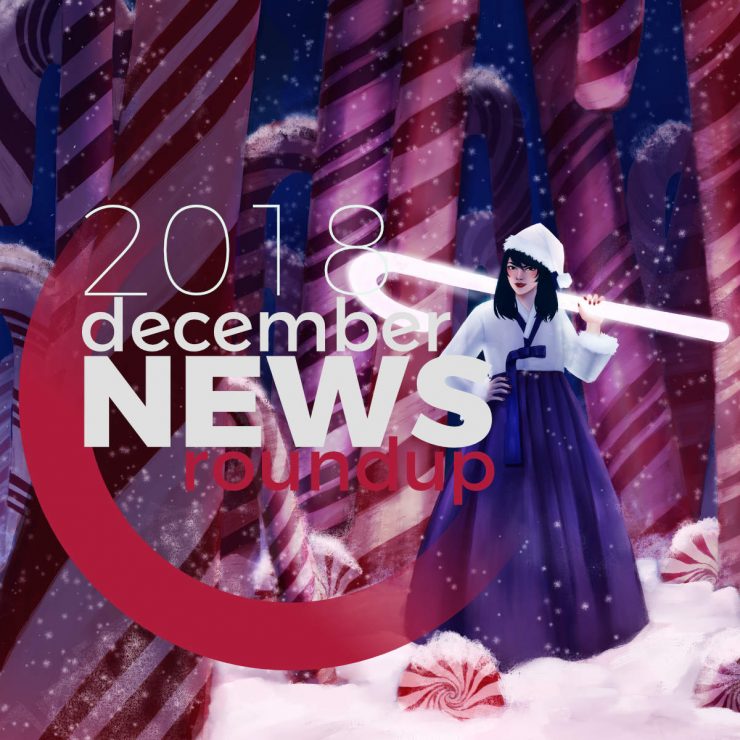 Filipino journalist Maria Ressa is one of the journalists, including the murdered Saudi journalist Jamal Khashoggi, who were named as Person of the Year by Time Magazine. Time called them “The Guardians” in the “War on Truth,” and presented the intriguing tagline about Ressa for the international readers who don’t know her: “She Reported From War Zones. But Covering Philippine President Duterte Might Be Her Most Dangerous Job Yet”

If you’re a war zone correspondent, you can come back home and recharge yourself. But what if your home is the battle ground? The Phillippines is not known for freedom of press, considering 177 reporters and media workers were killed there since 1986, but president Duterte has dialed up the risk. In the drug war it’s estimated that between 12,000 and 30,000 have died in extrajudicial killings. Rappler, the news site Ressa founded in 2012 and runs as CEO, has been a consistent critic of Duterte. In other words, Ressa has crossed a regime that is famous for killing its own people.

On New Year’s Eve, Ressa will be one of 11 journalists, special guests, who will push the button for the Times Square New Year’s Eve Ball Drop in New York. Then she has to go back to her home country where a nonsensical tax evasion charge awaits. Why does she keep doing this? Because it’s her chosen job.

It made international headline in the summer when it was revealed the prestigious Tokyo Medical University had manipulated exam scores to fail women. It must have been embarrassing enough for the Japanese government who’s pushing the “Womenomics” to revitalise its ageing economy.

After a nationwide probe, the education ministry this month reported that nine of Japan’s 81 medical schools have manipulated their entrance exams to favor men and relatives of alumni. Juntendo University and Kitasato University, both in Tokyo, admitted that they had set a lower pass mark for men than for women.

Why? According to the Asahi newspaper, the dean of Juntendo’s medical school said, “Women mature faster mentally than men, and their communication ability is also higher by the time they take the university exam.” It’s hard to find a more blunt admission of discriminating a talented person solely on the basis of sex.

3. Story of Yanxi Palace is the most Googled show of 2018

You cannot access Google in China, but it didn’t stop the Chinese drama becoming the most Googled TV show in the world.

“Story of Yanxi Palace” is a 70-episode period drama set in the Qing court, featuring a young woman trying to figure out who is her sister’s murderer amidst scheming concubines with perfect makeup. It’s beloved for the strong female lead and sophisticated (and historically accurate) detail. In China the show boasted a cumulative 13 billion views, once setting the single-day online viewership record in China with a total of 530 million views. For context, the final episode of Game Of Thrones Season 7 was seen by 16.5 million viewers in the U.S.

The show has been massive success across Asia (except for Korea and Japan with their own strongholds), and the South China Morning Post self-mockingly reported that “Hongkongers cared more about a Chinese television drama than the US-China trade war, monster Typhoon Mangkhut, and everything else this year.”

Whether you like the beauty pageant or not, there’s no denying that it’s a big deal in the Philippines. Imagine the wild joy when the Filipina Catriona Gray was named Miss Universe 2018 on the stage in Bangkok, among 94 contestants.

Gray’s sparkling red dress, which is inspired by a volcano in the Philippines, was so stunning that it deserved an award of its own (while Singapore’s unfortunate dress needed a consoling hug). Gray owned the dress with perfect poise, and completed her victory with a beautiful story of “when I was 13, my mom said she had a dream that I would win Miss Universe in a red dress.”

Meanwhile, Miss Vietnam H’Hen Niê needs special recognition. Niê, hailing from a minority in Vietnam, refused customary child marriage at 14, funded her own college education to learn business finance, presented the best pixie cut of this year, and donated all of her prize money to build a library in her home country. On the opposite side, Miss USA Sarah Rose Summers was criticised for mocking the English language skills of Miss Cambodia and Miss Vietnam (Summers apologized, and it’s unknown whether she can speak a second language).

Every year, World Economic Forum (“WEF”), a non-profit organization in Switzerland, makes the gender gap report and ranks the countries. It rarely makes splash in the top countries, mainly the nordic neighbors of Switzerland, but usually gets heavily disputed in poorly performing countries (attracting most criticism from male netizens).

Many Asian countries, who usually lead the other economic rankings, lag shockingly behind. Among 149 countries, South Korea ranks 115th and Japan 110th. WEF reported both “climb several spots this year.” China is at 103 and India is 108th. Singapore may boast of its ranking at 67. The Philippines is the only Asian country in the top 10 at number 8.

South Korea is regularly in the top 10 at the Summer and Winter Olympics, and the short-track skating is known to be one of the easiest bets, proudly called a Gold Field by Koreans.

Double Olympic gold medallist and star skater Shim Suk-hee told the South Korean court how she’s been beaten by her coach from age seven. His verbal and physical violence “kept escalating” as she grew older. She said, once “He broke my fingers with a hockey stick,” and before the Pyeongchang Olympics, “he kicked and punched me so hard, especially on my head, that I even thought ‘I could die here’.” The coach threatened to end her sporting career if she spoke out,

The court hearing opened in the aftermath of the scandal regarding South Korean women’s curling team, whose unexpected Olympic silver medal delighted the country and earned the global fame. It turned out that the team’s coaches, verbally abused and exploited the team. The coaches banned the team members from talking to reporters, stole the donations and prize money addressed to the team, and tried to take the spotlight from the team despite their notorious incompetency.

On December 22nd, a tsunami generated in the west of Java Island in Indonesia slammed the resort areas along the coast. About 500 people died or remain missing, among destroyed homes and hotels.

About 20 minutes before the tsunami the island volcano Anak Krakatau erupted. A chunk of the volcano collapsed into the sea, triggering the tsunami. About half of the volcanic island disappeared in the eruption.

It was less than three months earlier that another tsunami struck a northeastern island in Indonesia and killed more than 2,000 people. According to the National Disaster Mitigation Agency of Indonesia, at least 4,231 people died or were declared missing during natural disasters across the Indonesian archipelago this year, making it the country’s deadliest year since 2007.

When nature disregards human conceits, it may be ignorant of us all to consider this level of natural disasters as Indonesia’s domestic problem.