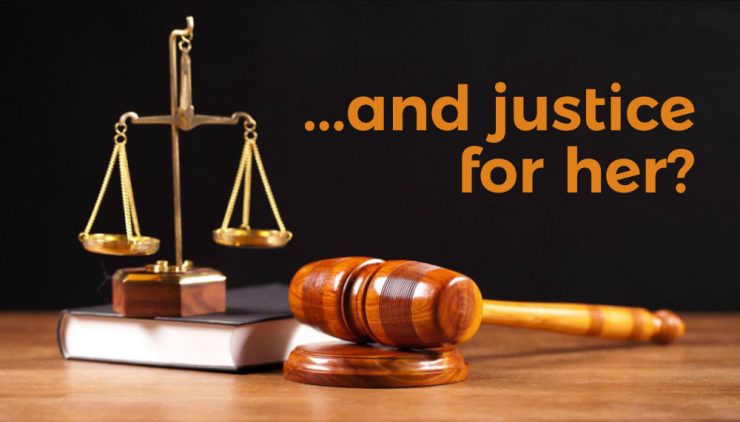 The Merriam-Webster Dictionary has chosen “justice” as the word of the year 2018, saying it was the website’s top lookup of the year. In light of this news we should reflect on how justice has materialized for women in Asia, especially those who experience gender-based violence. The answer is unfortunately not encouraging. Recent court cases, from Malaysia to Indonesia, from Hong Kong to China, highlight that the legal system not only fails to protect but is also very hostile and punitive toward women survivors.

Take for example, the case of Indonesian sexual harassment victim Baiq Nuril Maknun. In November, the Indonesian Supreme Court sentenced Nuril to six months in jail and fined her 500 million rupiah (US$34,000) for spreading “indecent content” of the phone conversation between her and her boss, school principal Haji Muslim, whom she accused of sexually harassing her. In the ruling, which was available online in mid-December, the judges’ panel, headed by female Justice Sri Murwahyuni, laid out their reasoning: “Because of the defendant’s action, the career of the witness Haji Muslim as school principal ended. His extended family was shamed, and his dignity was violated.” In contrast to Nuril’s fate, Haji Muslim not only walked free — he also got promoted.

In neighboring Malaysia a single mother was caught soliciting sex and brought to the Terengganu Sharia High Court. She pleaded guilty and asked for leniency, saying that she had to resort to prostitution to support her family because her former husband didn’t give her alimony or financial support since their divorce. The court was unmoved and in September sentenced her to six months in jail and six strokes of the cane. Her client was reportedly released without charge, while her deadbeat ex-husband faced no consequences for inflicting financial abuse on the family.

China finally got its own anti-domestic violence law two years ago, but treatment of survivors is still appalling. In a recent court case a judge in Chengdu not only denied a survivor a divorce, because marriage “is a traditional value” and “to give the man [the husband] a chance,” the judge also said the beating the woman endured was not domestic violence because it was not “chronic.”

As Human Rights Watch has pointed out, the judge’s decision didn’t have any legal basis. Not only does the new law not require assault to be “chronic” to be considered domestic violence, but also, according to the country’s marriage law, domestic violence is grounds for divorce.

Even in Hong Kong, which prides itself as a rare place in Asia with a robust legal system, hostility toward survivors remains common. In the city’s first #MeToo trial in November, the magistrate not only acquitted the 77-year-old coach whom an athlete accused of sexually assaulting her years earlier, he also questioned why the athlete didn’t stop the alleged assault and pointed out that she remained close to the coach afterwards.

In a much less known case, the city’s Court of Appeal refused to give a domestic abuse survivor a chance to appeal the decision of the family court that gave her less parenting time. The higher court said in August that they agreed with the family court judge that the mother had tried to “undermine” the relationship between the abusive father and the child, calling her efforts to raise the issue of domestic violence in the custody proceedings “a campaign against the father.” The Court of Appeal judges not only refused her a chance to redress justice, but also punished the survivor, a mother who tried to protect her child from abuse, by making her pay her abuser’s legal costs of HK$50,000 (US$6,400).

These cases highlight how courts and judges are still steeped in gender biases and myths. They fail to understand that it’s normal for a person to freeze during an attack — it is in fact one of the three most common reactions to danger, along with fight and flight. Moreover, research has shown that survivors often take time to process the trauma, come forward and report the violence, especially if the perpetrator is someone known to the victim.

Domestic abuse is one of the most common reasons for divorce, and according to common sense it is better for children not to be raised by abusive parents. Yet, an abused mother who seeks divorce from her abusive husband and tries to protect her children from him runs the risk of being seen as a vindictive woman. After all, as the misogynist saying goes, “hell hath no fury like a woman scorned.”

The illogical reasoning behind the Hong Kong ruling that accused a mother who had concerns about domestic abuse of trying to “undermine” the father-child relationship seems to be based on a pseudo-scientific theory called parental alienation. Concocted by American psychologist Richard Gardner, who condoned pedophilia (and defended Woody Allen in his child abuse allegation), the parental alienation theory accuses parents, usually mothers, who try to protect their children from domestic abuse, including child sexual abuse, of trying to “estrange” the children from the abusive fathers. It is also very gender-biased and used successfully against women. Two separate studies done in the US and the UK show that judges tend to disbelieve mothers who bring up domestic violence, label them as being “difficult” or “manipulative,” and may even punish them by transferring child custody to abusive fathers. The Hong Kong Court of Appeal’s ruling is likely creating a legal precedent to punish abuse survivors in the city’s family court proceedings.

Justice delayed is justice denied. But very often, survivors are denied justice, period. The human rights and dignity of survivors are frequently trampled by the legal system. Feminist psychiatrist Judith Herman made an astute observation: “The legal system is designed to protect men from the superior power of the state but not to protect women and children from the superior power of men.” Instead of getting justice — and protection from their perpetrators — they are victim-blamed and worse, punished by the very system that is supposed to protect them.

Contrast this to the treatment given to violent and abusive men. They often not only walk free, but also gain sympathy. This year, in her book “Down Girl: The Logic of Misogyny”, Professor Kate Manne gave us the term “himpathy,” defined as “the inappropriate and disproportionate sympathy powerful men often enjoy in cases of sexual assault, intimate partner violence, homicide and other misogynistic behavior.” Sounds familiar?

Himpathy was bestowed to Brett Kavanaugh, who was confirmed by the US Senate in October to be the newest Supreme Court Justice despite multiple sexual misconduct allegations. Himpathy is also bestowed to men who harass, assault and abuse women in Asia. As long as there is himpathy, there won’t be justice. That’s food for thought for the new year.

This article is reposted with permission. It was originally shared by The Asian Feminist on December 26, 2018. The Asian Feminist is a social media platform covering women’s issues and empowerment in more than 50 countries in Asia and beyond. 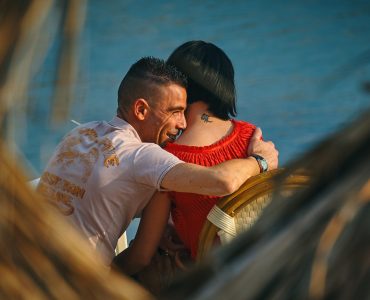