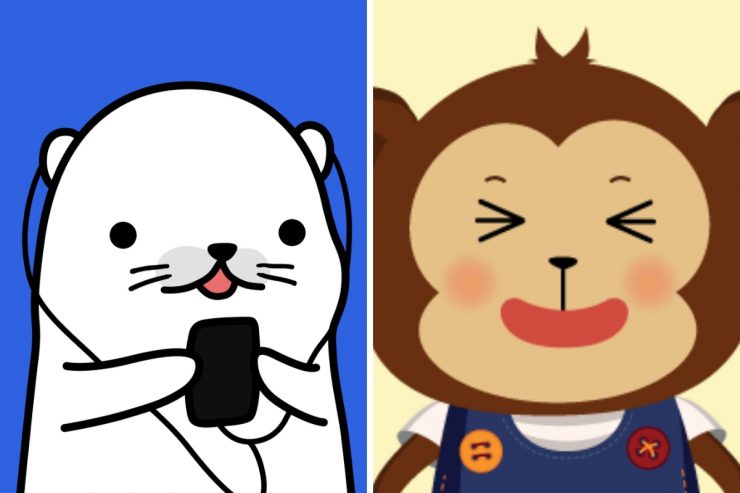 The Korean drama “Sky Castle” makes Korean education look like a shark feeding frenzy fiercer than the original “House of Cards.” The heat is highest in the English private education scene, with private schools and specialised publishers battling over a more than $5 billion market. It’s understandable in a country where English is mandatory to pass the college entrance exam and to get a coveted job, and also in a world where more than half of online information is in English. With all the fortune, energy, and youth spent, however, the returns are depressing. Based on the EF English proficiency index released last year, Korea ranks only 31st among 88 countries, 6th among 21 Asian countries, marked as ‘moderately proficient.’

Why are Koreans obsessed with spending money on learning English when they’re clearly not learning much? The general answer is that English education has been focused on grammar and reading for the primary purpose of getting into a college or a company, rather than the actual communication which is the purpose of any language. Thus, half of office workers learn English again for work while a TOEIC (Test of English for International Communication) score of more than 900 score is too common in the job market. Further, despite more than a decade of study from their third grade onwards, many Korean people still fear the sight of a foreigner lest the latter talks to them. It’s a large market where consumers’ ready wallets and needs are met by inadequate products. In other words, the Korean English education market is ripe for disruption by tech-oriented startups. So we met two startup CEOs who are doing it.

The loveliest example, though targeted to adults, is Tutoring, which greets you with the cutest of otter mascots, Tudali. It’s an on-demand learning platform matching verified English tutors worldwide with students for English speaking lessons. Tutoring lowered the cost (and thus price) by connecting tutors and students directly through the app, and developed card-shaped talking points to break the ice and make conversation intriguing. If you neglect the app, Tudali nudges you to study with cute notifications. The head and brain behind Tutoring is Mihee Kim, a former Samsung UX designer turned CEO.

“To learn to speak English, it’s essential to connect on an emotional level with the native speakers and just to have lots of conversations, as if you’re learn your mother tongue. It seems Korean education has overlooked this aspected.” Kim admits she’s a ‘victim’ of traditional education herself, “I’ve felt the crude limitation while communicating with branch managers [of Samsung] globally, and a sort of inferiority since there were so many who’ve studied English abroad. Over a decade of corporate work I’ve spent a fortune on all sorts of English study, from private school to paid phone conversations to e-learning, you name it. The most effective were 1-on-1 classes with native speakers, but it was too pricey to afford long-term. And it was easy to miss the tutoring schedule in the middle of a hectic business life.” So she decided to focus on making the 1-on-1 speaking lesson easy-to-access, fun, and affordable. Tutoring is the outcome.

Since launching in September 2016, Kim has felt the fervent support of fellow corporate lives. “We broke even in four months, reaching about 10k subscribers and 100 million KRW (about 90 thousand USD) sales. Tutoring has grown 32% per month on average ever since.”

On a different side of the spectrum, there’s Minglecon, providing a variety of gamified English education contents from apps and animations, to VR game and booklets for 5 to 6 year olds. Each kid can choose the module based their level and interest, and the format of content they want. It’s an idea by Helen Jean, an English education veteran with two decades’ experience.

Jean jumped into the market in when Koreans first adopted English education for children. Since then she’s made her bones as an educator, developing a private school into a 130-branches franchise, and working as the vice-principal of a foreign school in South Korea. Balancing academia with a in English education and writing an education book herself, she’s been through all the aspects of old-school English education in Korea. Over the years she has found two problems: first, the majority of English tutors are underpaid and underappreciated. Second, the kids lose interest in English early on because parents ignore the individual characters of children and private schools provide the same programs for different, unique kids. “Once you do the personality test, many children have different characters from their parents, but the parents think of their kids as extensions of themselves. How can you teach a kid anything if you ignore the kid herself, especially when their attention span is frustratingly short?”

So Jean developed Minglecon as a digital platform shared between more than 100 tutors (namely the ‘Edu-crew’) trained by Minglecon to create their own education material, and the kids who are naturally digitally-savvy enough to choose their own material as they would choose a game. Jean, who’s joined the usually millennial-oriented startup scene in 2016, the transition to digital can’t come fast enough, “It’s been years that I’ve thought ‘I’d do differently,’ and I just couldn’t wait any longer.”

It’s refreshing to see cute characters and a friendly interface after decades of English education done by Koreans from the 70s, based on the 90s notion of English presented for kids born in this century. Until the first edu-tech startups arrived Korean private education functioned as agencies designed to help students to get into colleges and corporations—particularly the latter dominating as decision-makers in the market. Now the market is gearing towards the actual users of today (adults) and the consumers of tomorrow (children).

Considering the rise of education fever all over Asia, the steps seen in the Korean market can be inspiring. As Korean private schools export their franchises to Vietnam, the startups may jump ahead with their easy-to-access apps. Minglecon plans to expand throughout Asia, including Singapore this year. Meanwhile, Kim of Tutoring says, “The global online tutoring market is a huge market. About 100 billion USD. Existing services are optimised for offline private sessions or web-based classes. We expect the tutoring market to move towards mobile-first in coming years, and our goal is to lead the global mobile tutoring market with our services optimised for mobile user experiences.”