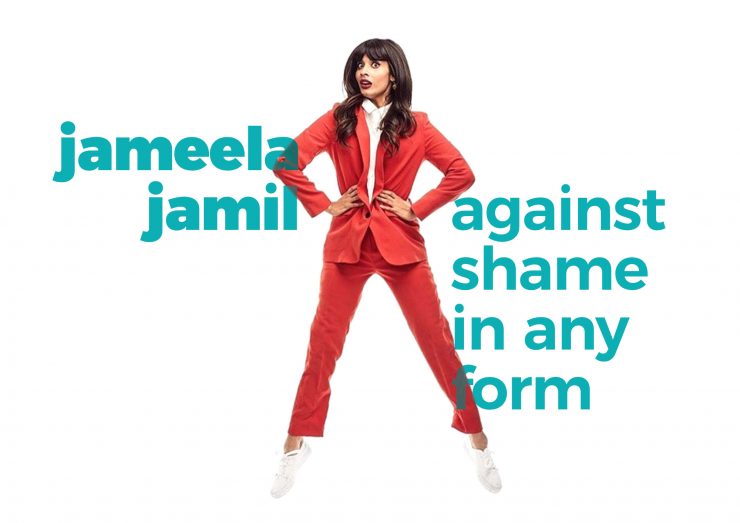 It feels like we’ve reached peak social media. And somewhere while scrolling the #feminist hashtag was when I first saw TV presenter, actress model Jameela Jamil. It was a viral video of her interview in a podcast where she mentioned the Kardashians as “double agents for patriarchy,” while discussing her stand on body-shaming issues.

She explained, “You are selling us something that really doesn’t make us feel good … You’re selling us self-consciousness. The same poison that made you clearly develop some sort of body or facial dysmorphia, you are now pouring back into the world. You’re recycling hatred … It’s so upsetting. It feels like such a betrayal against women. And I will not be a part of it. And I will not stop calling it out when I see it.”

Right after that she’s blown the internet and made a bigger name for herself all for the better. Aside from the spotlight of how incredibly talented of a celebrity she is, Jameela has become one of the savage feminists-in-progress today. She is subversive in her own ways: Jameela is very well aware of her platform and privilege, which she wisely used for starting the #IWeigh and #NoFilter campaigns.

This is all about life positivity. For being grateful and proud of what you have, what you do and what you are. To like and love yourself in spite of what you’ve been told or taught to hate about yourself by the media.

In addition, Jamil also passionately speaks for being against photoshopped images and airbrushing. The actress mentioned that as a British woman of Indian and Pakistani descent, there are way too many times she was asked to put on heavy make-up or her photos ended up being heavily edited for and covers and she finds it pretty insulting every time it happens. Today she’s said no to enabling them starting with herself.

of course, Jamil’s not exempt from criticism. Metro Lifestyle UK even questioned, “Could you ever see a picture of her, though, and think that you weren’t looking at a traditionally extremely attractive woman? No,” pertaining to the model questioning her ‘unfair’ advocacies and putting her in the conventionally beautiful women privilege. Wherein she responded: “But when you’re a brown woman whose skin gets lightened and whose ethnic nose gets made smaller and who gets thinned out all without your permission making you feel bad when you have to look in the mirror or meet people in real life and you feel like a liar you maybe get my point?”

See, too many people look up (and ) Jameela Jamil for speaking against society’s often toxic standards of how women should look today. Even she admits her weaknesses and strengths, “I’m a flawed, ignorant, growing, learning feminist in progress, always trying to educate myself about how to be and do better. If I can outgrow all my problematic, careless small-mindedness, so can other women, and we can all be better allies of women together.”

Both #IWeigh and #NoFilter roots from personal experiences. She ’s struggled with her body image battling anorexia as a teen but this hasn’t her, instead it has fuelled her to help others overcome their own issues and insecurities. She’s not attacking people for caring about their looks and appearances, like the rest of us she loves fashion and make-up without a doubt. However, there’s a thin line between enjoying these and shaming others. And she or we are not tolerating any form of shaming anymore, not in this day and age.